In this file photo from May 20, 2020, protesters wave signs at Florida Gov. Ron DeSantis as he and Vice President Mike Pence visit Orlando's Westminster Baldwin Park, a senior living facility. That same day, Pence and DeSantis participated in a roundtable discussion with Florida hospitality and tourism industry leaders over the coronavirus pandemic. (Chris O'Meara/AP)

Exclusive Spectrum News/Ipsos Poll: Most Floridians Agree That Minimum Wage Should Be Raised

Emerson McClain owns a small Central Florida business, and he sympathizes with the average worker.


“People can’t afford to stay here right now, because they’re not getting paid enough,” he said. “I care about people enough to know that they deserve to be paid more.”

McClain said he agrees with prevailing Sunshine State sentiment that calls for more money in the pockets of the lowest-paid workers.

Seventy percent of Florida residents say they support incrementally raising the state’s minimum wage from $8.56 an hour to $15 an hour, an exclusive Spectrum News/Ipsos poll found. 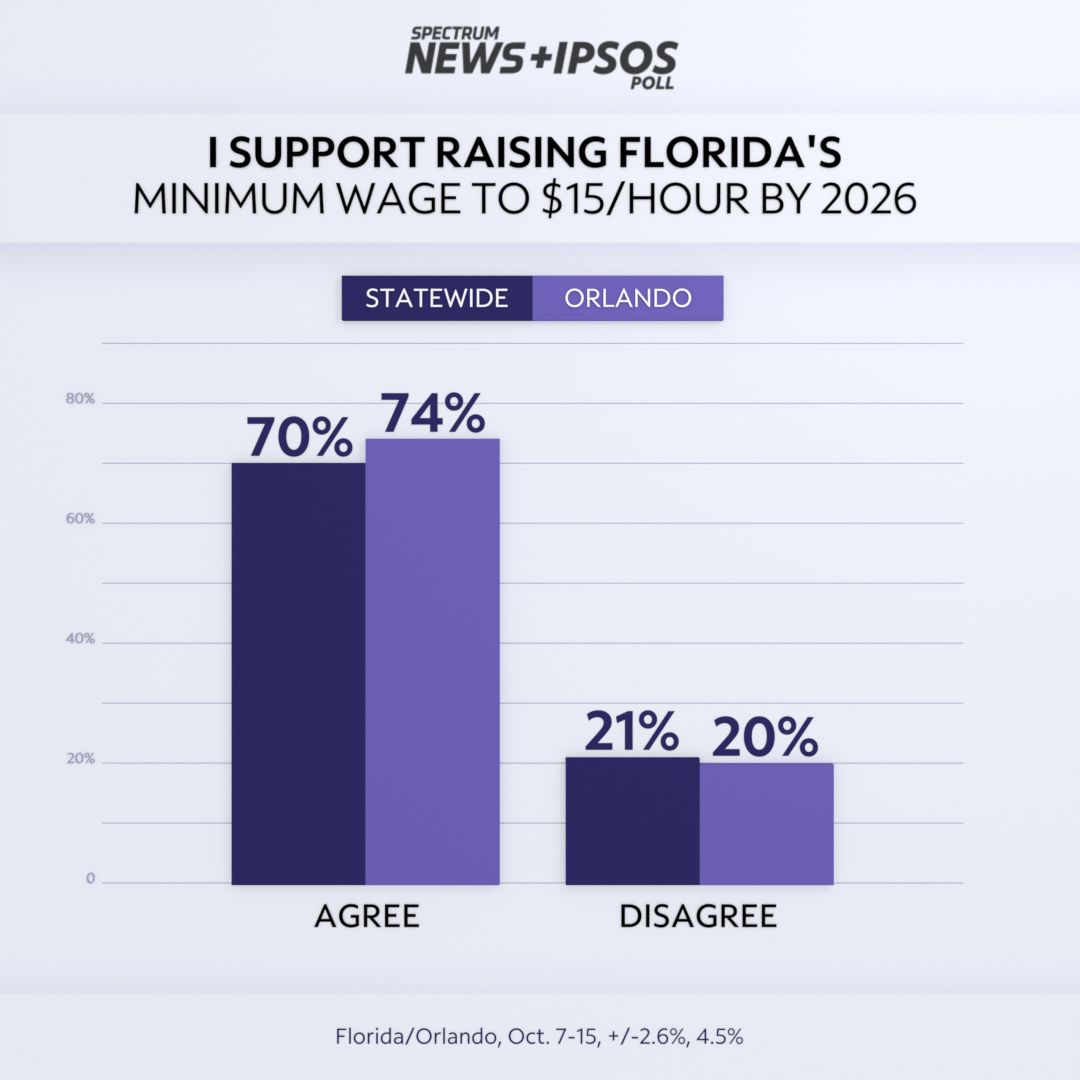 The new poll also revealed that — surprising to no one — most Floridians have had a bad 2020. Only 40% of respondents agreed that they felt better about their personal financial situation than they did a year ago.

The findings speak to the plight of service workers — the low-paid people who carry Florida’s economy on their shoulders — and the effects of the coronavirus pandemic, which has killed more than 16,000 people and cost hundreds of thousands their jobs.

“Right now, nobody’s doing well,” said McClain, who owns a video and photography business that employs one person at $17 an hour. “I mean, wealthy people are doing well.”

The poll broke respondents into three household-income categories, and a majority of only the highest-earning respondents agreed they felt better about their personal finances than a year ago. Sixty-percent of people whose households earn $100,000 or more agreed with that statement. For those who earn less than $50,000, 35% agreed. 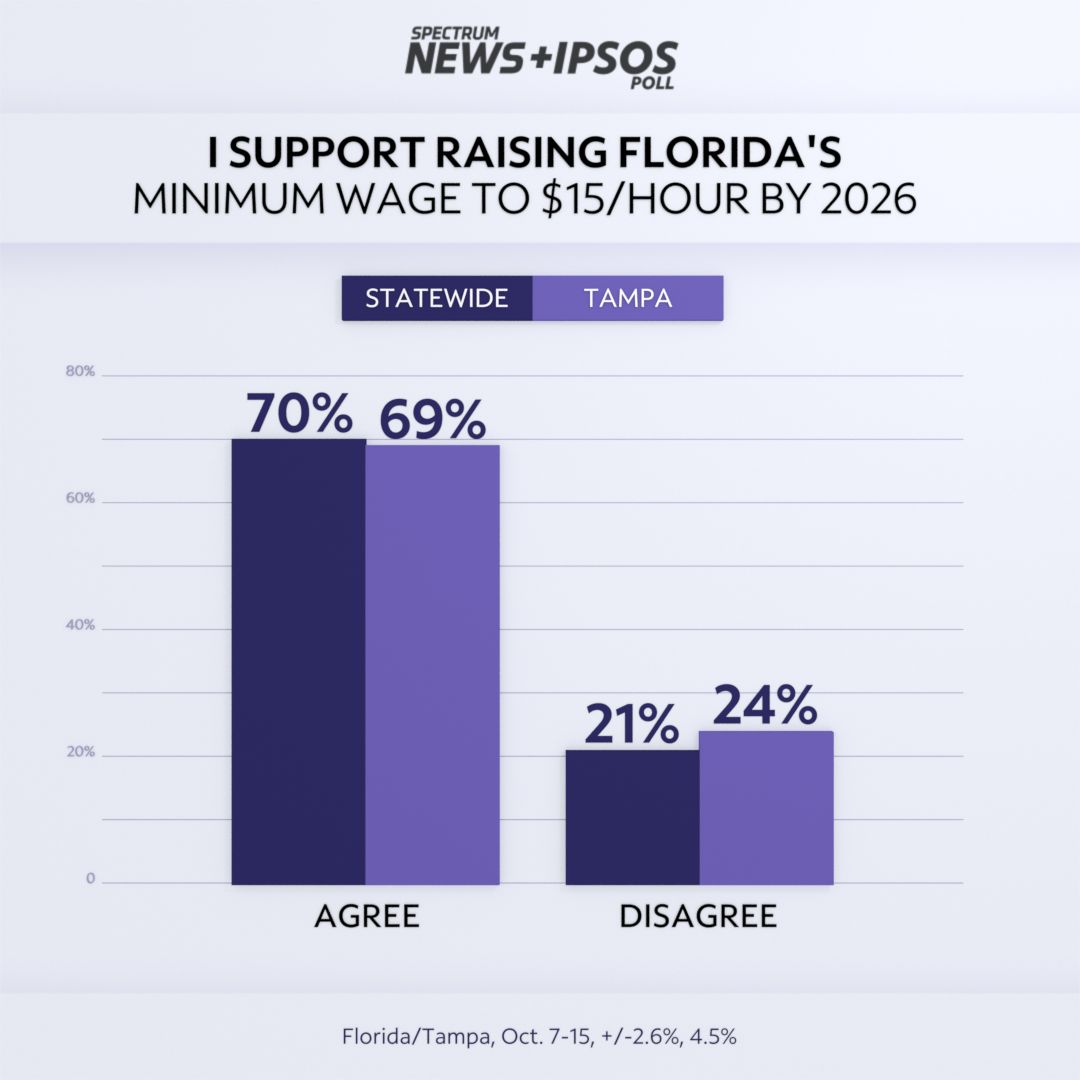 The poll also revealed differences according to age, gender, and education.

The poll also revealed differences from residents of the Orlando and Tampa designated marketing areas, whose tourism-heavy economies have been pummeled by layoffs. Forty-nine percent of Orlando DMA residents agreed that they felt better about their personal financial situation than they did a year ago. Thirty-eight percent from the Tampa DMA also agreed.

“It’ll be better once all this is cleared,” McClain said, referring to the pandemic.

The poll’s statement about increasing the minimum wage gives an indication of Floridians’s sentiment toward the statewide Amendment 2 state ballot initiative, which seeks to gradually increase Florida’s minimum wage from $8.56 an hour to $15 an hour by 2026.

“How can you live off that when just a one-bedroom (apartment) is just, what, $1,100 a month now?” McClain said. “That’s their whole paycheck almost.”