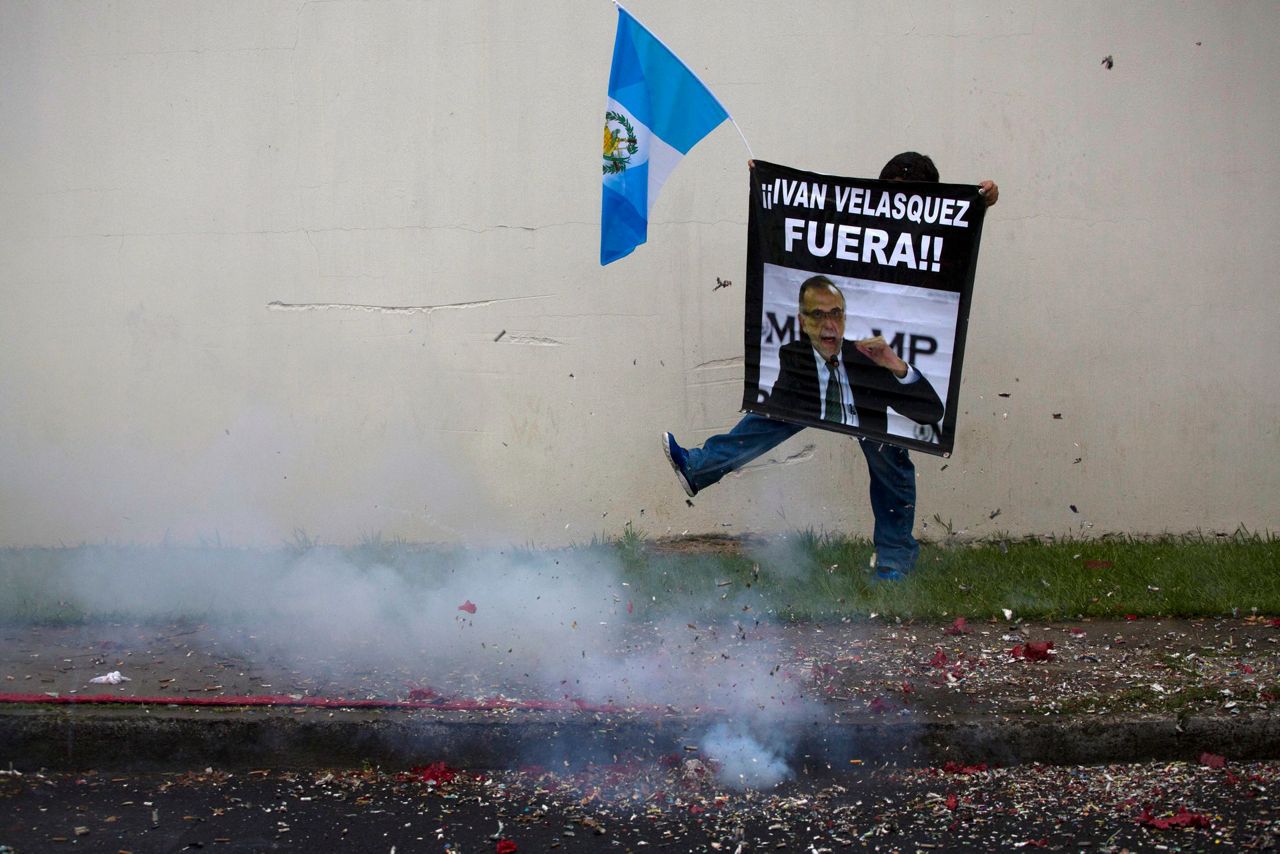 GUATEMALA CITY (AP) — Guatemalan authorities said Tuesday that they have withdrawn diplomatic immunity from 11 workers with a U.N.-sponsored anti-graft commission who have investigated cases of alleged corruption — including ones targeting President Jimmy Morales' son and brother.

The move marks the latest salvo from Morales in his running dispute with the commission, known as CICIG for its initials in Spanish, after the president refused to renew its mandate in the country earlier this year and then barred its chief from returning to Guatemala from a business trip to the United States.

In a notice in the official publication Diario de Centroamerica, the Foreign Ministry said the investigators' credentials had been voided and they were being asked to return them. It added that they no longer "enjoy the privileges and immunities" of their posts.

Commission spokesman Matias Ponce said those affected are investigators and litigators involved in high-profile cases. They include lawyers Cesar Rincon and Luis Fernando Orozco, who for years have worked on investigations including one that led to the resignation of now ex-President Otto Perez Molina.

Ponce argued that diplomatic immunity for CICIG employees is established under the agreement that created it, and that only the body's commissioner has the authority to withdraw that protection.

"The measure seeks to hurt the independence of the work ... be it in the investigations or various litigations in progress," Ponce said, "in addition to constituting an opportunity for possible criminal prosecution against the workers."

During its 11 years operating in Guatemala, CICIG has pressed corruption cases that have implicated more than 600 people including elected officials, businesspeople and bureaucrats. Perez Molina, who is behind bars awaiting trial, denies the corruption allegations against him.

The commission has also tried to bring a case involving purported illegal campaign financing against Morales, who similarly denies the allegations. So far lawmakers have refused to remove his immunity of office, preventing any prosecution from taking place.

Morales accuses the commission of violating the presumption of innocence of those it has investigated.

By refusing to renew its mandate earlier this year, the president effectively gave CICIG until the end of its current term in September 2019 to wind down operations and leave the country. His government later declared commission chief Ivan Velasquez, a Colombian national, persona non grata and refused to let him return to Guatemala from a work trip to the United States.

Foreign Ministry spokeswoman Marta Larra said via text message that "each of the CICIG workers becomes just another foreigner in national territory which means they must abide by the laws and rules of the country."

Adriana Beltran, director for citizen security at the Washington Office on Latin America, called the decision "a clear violation" of Guatemala's obligations under the agreement that created CICIG and an effort to derail the fight against corruption and impunity.

"This is a continuation of the Guatemalan government's campaign to neutralize one of the region's most effective initiatives for fighting corruption and organized crime, and backtrack the achievements seen thus far in fighting impunity and strengthening rule of law in Guatemala," Beltran said in a statment.