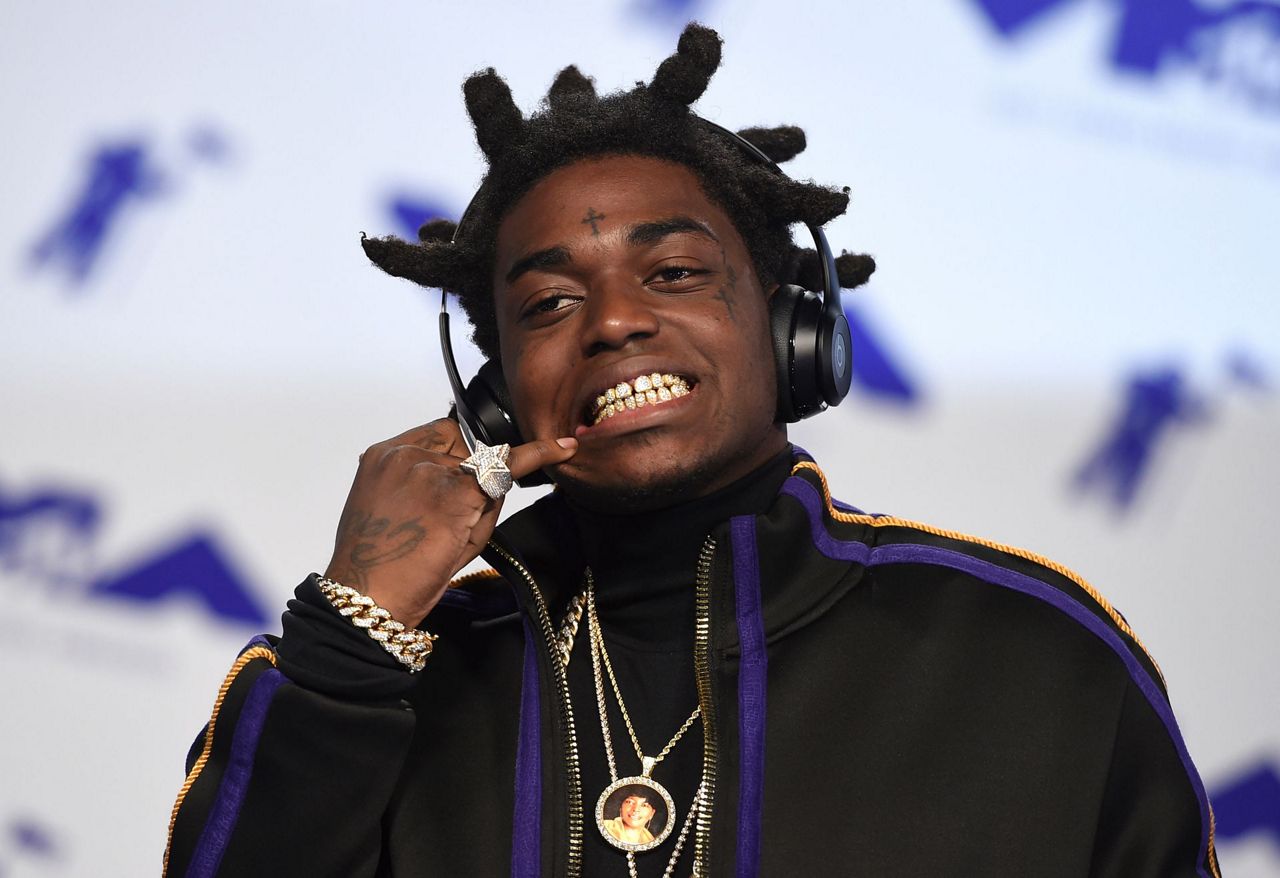 Rapper Kodak Black due in court on federal weapons charges

U.S. Magistrate Judge Edwin Torres also granted the 21-year-old Black release on $550,000 bond with house arrest, although he faces other criminal cases that could keep him locked up.

Assistant U.S. Attorney Bruce Brown said Black was out on bail awaiting trial in a South Carolina sexual assault case — and that bail is likely to be revoked with these new charges.

Even with the possibility Black will be jailed there, Brown listed numerous other crimes the rapper has been involved in since he was a juvenile.

"Wherever he goes, your honor, there's going to be guns, drugs and shootings," the prosecutors said, adding that Black also might be at risk of fleeing.

Black did not speak at the hearing.

In the weapons case, an indictment says Black on two occasions falsely filled out federal forms to buy weapons at Lou's Police Distributors in Hialeah, Florida. He received three of those — a 9mm handgun, a .380-caliber handgun and a semiautomatic Mini Draco weapon — one of which was left at the scene of a recent shooting in nearby Pompano Beach, Brown said.

The rapper, whose current legal name is Bill Kapri and who was born Dieuson Octave, was arrested before his scheduled festival performance. Authorities are investigating three unrelated shootings in the Miami area with possible connections to Rolling Loud, two of them fatal. No arrests have been made.

Black's attorney, Bradford Cohen, said the rapper owns a $600,000 house in Florida that will be used as collateral for the Florida bond. He added that Black voluntarily turned himself when he learned there was a warrant for his arrest in the weapons case.

"He showed up. He went into custody. There was no problem," Cohen said.

Besides the South Carolina sexual assault allegations, Black's lengthy rap sheet includes a recent arrest in New York on drug and weapons charges as he crossed the U.S. border from Canada. That case is still pending as well.

In Florida, he has been charged at different times with drug and weapons possession, armed robbery, sexual assault, probation violations and fleeing from officers, but Black has never done significant prison time.