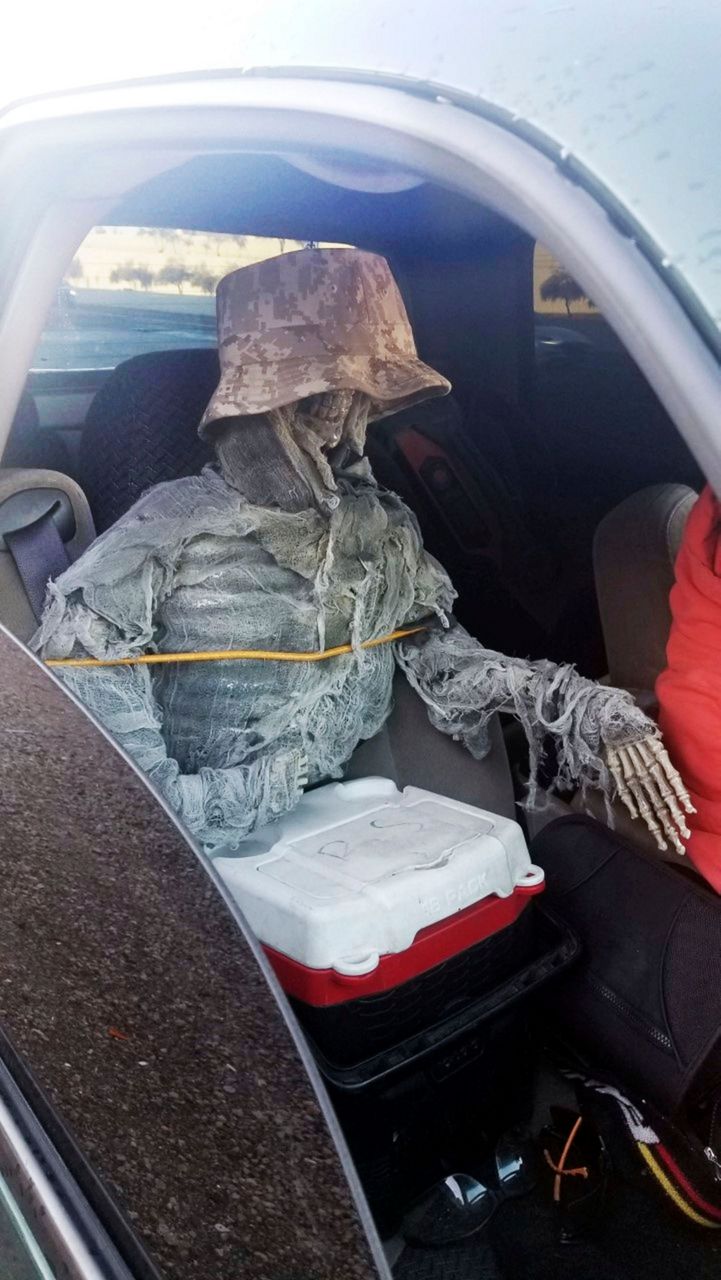 PHOENIX (AP) — A 62-year-old man was cited in Arizona this week after trying to disguise a fake skeleton as a passenger just to use the HOV lane.

The Arizona Department of Public Safety says a trooper pulled over the man on Thursday after noticing he had placed a fake skeleton in the passenger's front seat.

The skeleton was sitting upright, wearing a hat and tied to the front seat.

Department spokesman Raul Garcia said troopers cite about 7,000 HOV lane violators every year. Last April, a man was pulled over after driving in the HOV lane with a mannequin wearing a sweatshirt, baseball cap and sunglasses.

Copyright 2020 The Associated Press. All rights reserved. This material may not be published, broadcast, rewritten or redistributed.