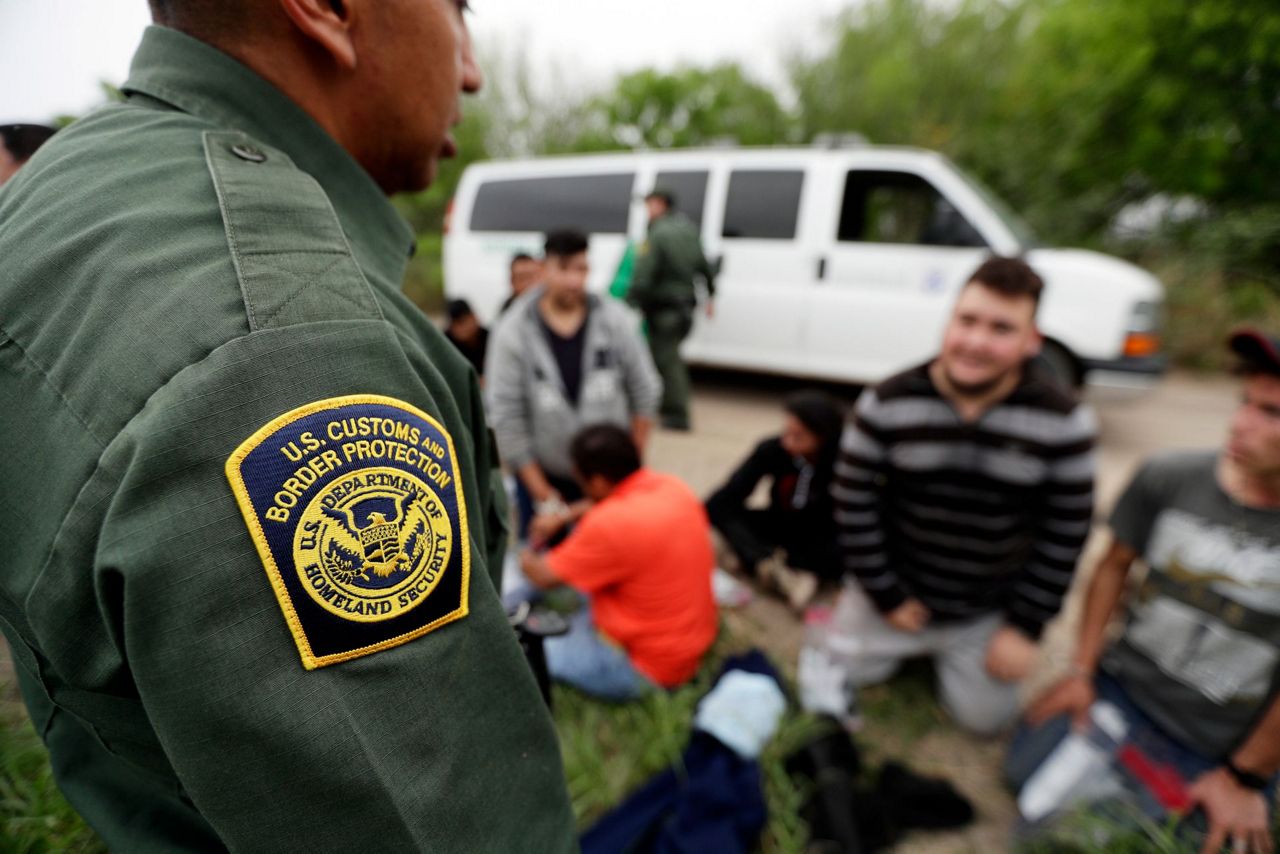 FILE - In this Thursday, March 14, 2019, file photo, a Border Patrol agent talks with a group suspected of having entered the U.S. illegally near McAllen, Texas. The Trump administration has quietly shut down the nation's asylum system for the first time in decades amid coronavirus concerns, largely because holding people in custody is considered too dangerous. (AP Photo/Eric Gay, File)

US can soon start sending people seeking asylum to Honduras

WASHINGTON (AP) — The Trump administration has finalized an agreement with Honduras that would allow some people seeking asylum in the United States to be sent to the Central American country instead.

The agreement is similar to one with Guatemala and is part of an administration effort to reduce the flow of migrants across the southwest border by making it harder to gain entry to the United States with an asylum claim.

The text of the agreement was released Thursday, a day before it is published in the Federal Register and takes effect.

At the moment, the new agreement would seem to be unnecessary because the U.S. is quickly expelling most people it encounters along the U.S.-Mexico border under an emergency public health order signed by President Donald Trump last month in response to the coronavirus outbreak. That order was renewed for 30 days and is set to expire next month.

Critics say both the new agreement and the earlier one with Guatemala, the subject of a legal challenge, represent a retreat by the U.S. from its obligations under international law to provide a sanctuary to people seeking refuge from persecution.

Neither Honduras nor Guatemala has the capacity to accept and resettle refugees, so people will likely just return eventually to whatever danger they fled in their home countries, said Yael Schacher, senior U.S advocate for Refugees International.

“The U.S. is indirectly sending people back to face persecution," Schacher said.

Under the agreement reached last year, the United States sends asylum-seekers from El Salvador and Honduras to Guatemala. The program was suspended in March because of the COVID-19 outbreak.

It's not yet clear how the new agreement would work. Neither the version released by the U.S. nor the one put out earlier by the Honduran government specifically says who could be sent to Honduras.

But officials have previously said that the government of Honduras had agreed to accept asylum-seekers from Guatemala, El Salvador, Mexico, Nicaragua and Brazil.

The Department of Homeland Security said in a written response to questions that the new agreement is a “sign of our strong, continued partnership with Honduras on migration issues," and that discussions on when to implement and resume the Guatemalan accord would come later.

“When international travel conditions improve we will resume discussions about implementing these agreements,” it said.

Release of the agreement came on the same day that federal prosecutors in New York announced that the former chief of the Honduran National Police has been charged there with drug trafficking and weapons offenses. Schacher and other advocates cited that as evidence that the troubled Central American country is ill-equipped to accept people fleeing from persecution elsewhere in the world.

“Honduras has failed miserably to protect the lives and human rights of its own citizens,” said Eleanor Acer, director of the Refugee Protection program at Human Rights First. “There is simply no credible reason to believe that Honduras will actually protect refugees seeking asylum from other countries.”

By diverting asylum-seekers, the Trump administration hopes to weaken what it sees as an incentive to illegal immigration.

According to Syracuse University’s Transactional Records Access Clearinghouse, U.S. immigration judges decided 67,406 asylum cases in the 2019 budget year, a record and nearly 2 1/2 times the number five years ago. Most of those arriving at the southwest border last year were from Central America’s “Northern Triangle” countries — Guatemala, Honduras and El Salvador.

Acting Homeland Security Secretary Chad Wolf and others in the administration have argued that fewer people will make the dangerous journey to the United States if they can get asylum in other countries in the region.