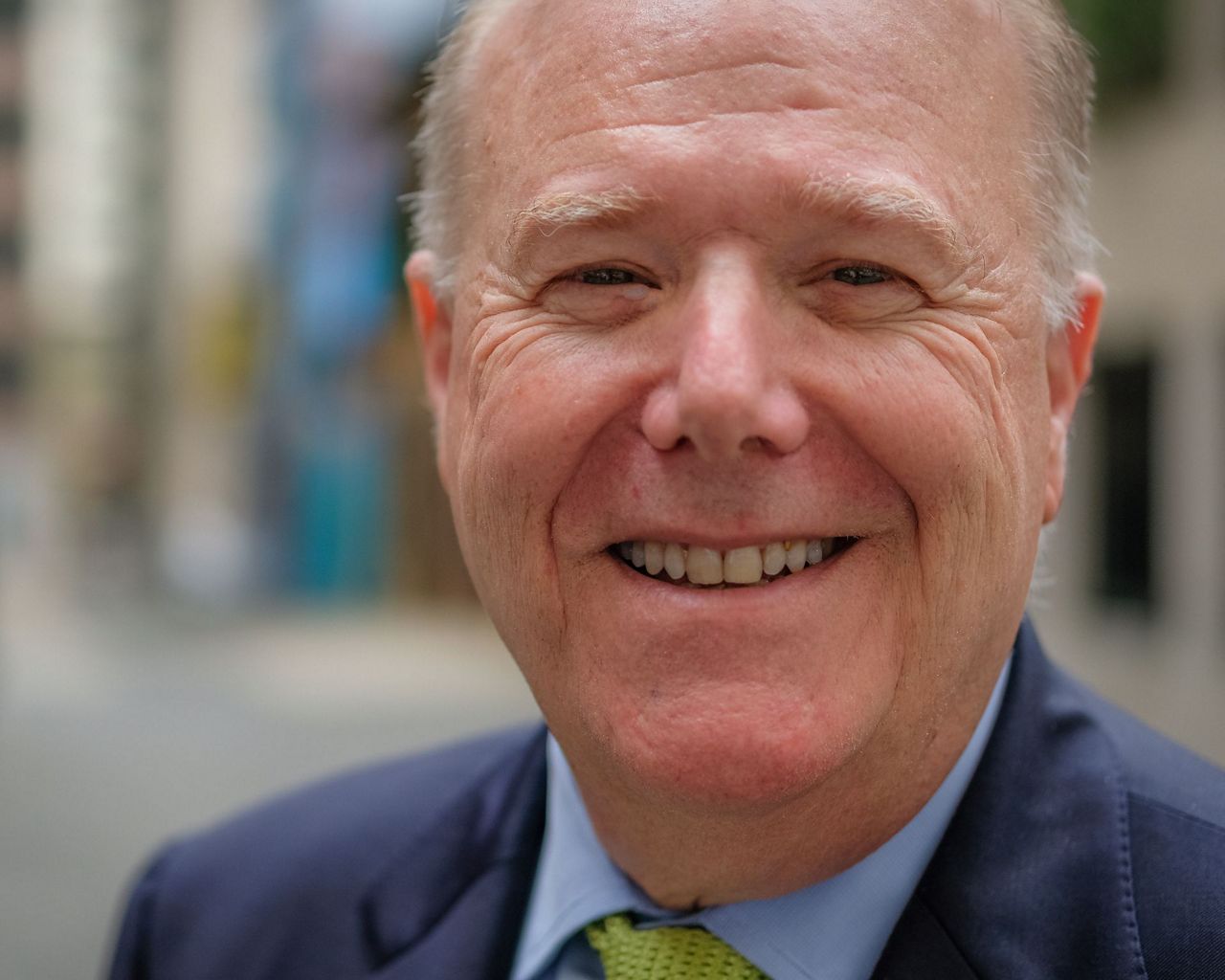 In this April 26, 2017, photo, John Feinblatt, president of Everytown for Gun Safety, poses for a photo in Washington. The leading gun control advocacy group has enlisted more than a dozen religious leaders to boost voter turnout this fall in support of candidates who support measures to prevent gun violence. (AP Photo/J. David Ake)

Everytown for Gun Safety, which expects to spend $60 million on this year's elections, is forging its interfaith effort amid ongoing concerns about shootings at houses of worship. The group’s partners include representatives from Christian, Jewish, Muslim, Hindu and Sikh backgrounds, several of them well-known progressive activists.

Among those joining Everytown’s initiative, details of which were shared with The Associated Press ahead of its official announcement, are evangelical Shane Claiborne, president of the group Red Letter Christians, and Rev. Traci Blackmon, a United Church of Christ executive minister and a central member of the Black Lives Matter movement.

Another is Rev. Rob Schenck, a former evangelical anti-abortion activist who has since shifted to support the Roe v. Wade decision and sought to redefine a “pro-life” agenda as one that supports gun control.

Schenck described gun violence as a “life or death issue, which makes it a supreme moral consideration.”

“Churches, especially white evangelical churches, have largely ignored this question -- I think, much to their own detriment and to the detriment of the people they’re called to serve,” said Schenck, president of the Washington-based nonprofit Dietrich Bonhoeffer Institute.

In addition to reaching out to clergy on gun policy issues, Schenck said, the Everytown interfaith project would aim to educate rank-and-file faith voters about candidates’ stances on gun matters.

“You never want to pray for something you’re unwilling to be the answer to,” he added. “So if we pray for a reduction in gun violence, we have to be ready to act on that prayer.”

"The faith community has seen firsthand the devastating effects of gun violence in places of worship and feels more than ever that they have an urgent moral responsibility to stop the scourge of gun violence in America — and they’re doing so by mobilizing their networks around candidates who support broadly popular gun safety measures in 2020,“ Angela Ferrell-Zabala, chief equity, outreach and partnerships officer at Everytown, said in a statement.

President Donald Trump is campaigning for reelection as a proponent of gun rights after previously weighing, then walking back, calls for Congress to strengthen gun laws. Several members of Everytown's interfaith initiative are known as religious critics of Trump's record, including Schenck, Blackmon and Michael McBride, a California-based pastor who's active in helping communities of color during the pandemic.

Whether gun control advocates can make new inroads with voters of faith remains an open question. Michael Hammond, legislative counsel at the Gun Owners of America, recalled then-presidential candidate Barack Obama's 2008 comment that some disaffected working-class voters “cling to guns or religion” to help identify a nexus between faith-driven and gun-rights voters.

Hammond said he sees “a social milieu, a series of values that surround the sorts of people who value the Second Amendment. Those values normally include a deep faith, a love of country — generally a conservative social issue outlook.”

Asked about the resonance of gun control with religious voters following attacks at houses of worship, Hammond pointed to the role of an armed churchgoer in acting quickly to end last year's shooting at a Texas church service. Congregations that “voluntarily disarm themselves have ended up suffering a catastrophe,” Hammond said.

Collectively, partners in Everytown's project are planning to host at least 50 events designed to engage Americans of faith on gun issues and promote voter registration ahead of November's elections. The effort is particularly focused on a dozen-plus states that will prove battlegrounds in presidential and congressional contests, including Arizona, Florida, Georgia, Michigan, North Carolina, Pennsylvania and Wisconsin.

Associated Press religion coverage receives support from the Lilly Endowment through the Religion News Foundation. The AP is solely responsible for this content.