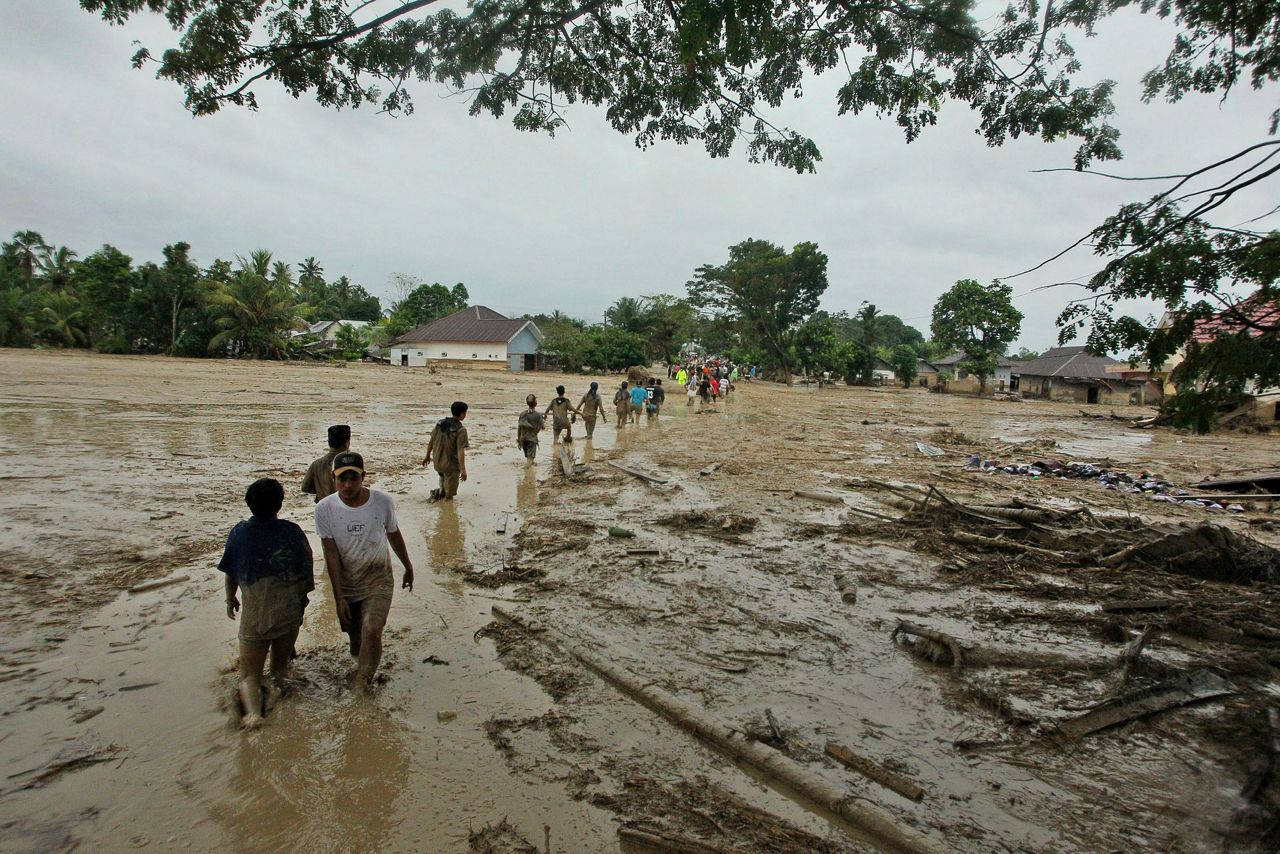 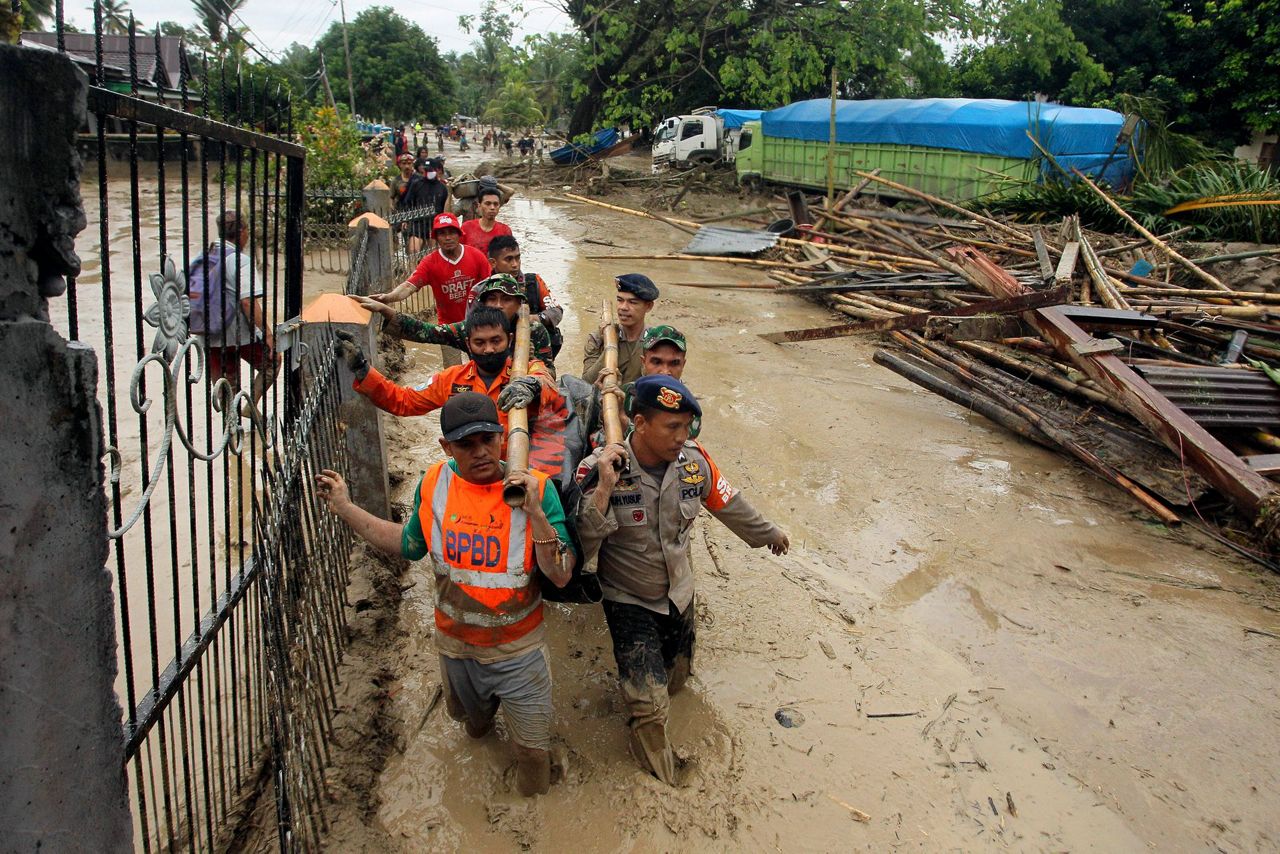 2 of 2
Rescuers wade through mud as they carry the body of a victim at an area affected by flash flood in Baebunta, South Sulawesi province, Indonesia, Tuesday, July 14, 2020. The flash flood left a number of people dead and missing, an official said Tuesday. (AP Photo)

Mud and other materials carried by the floodwaters covered roads and thousands of houses, she said.

The flood affected more than 4,000 residents of six subdistricts in North Luwu.

“The provincial road is covered in mud and that blocks access to the main command post and the affected areas,” Jati said.

Heavy rains cause frequent landslides and flash floods in Indonesia, where millions of people live in mountainous areas or near flood plains.