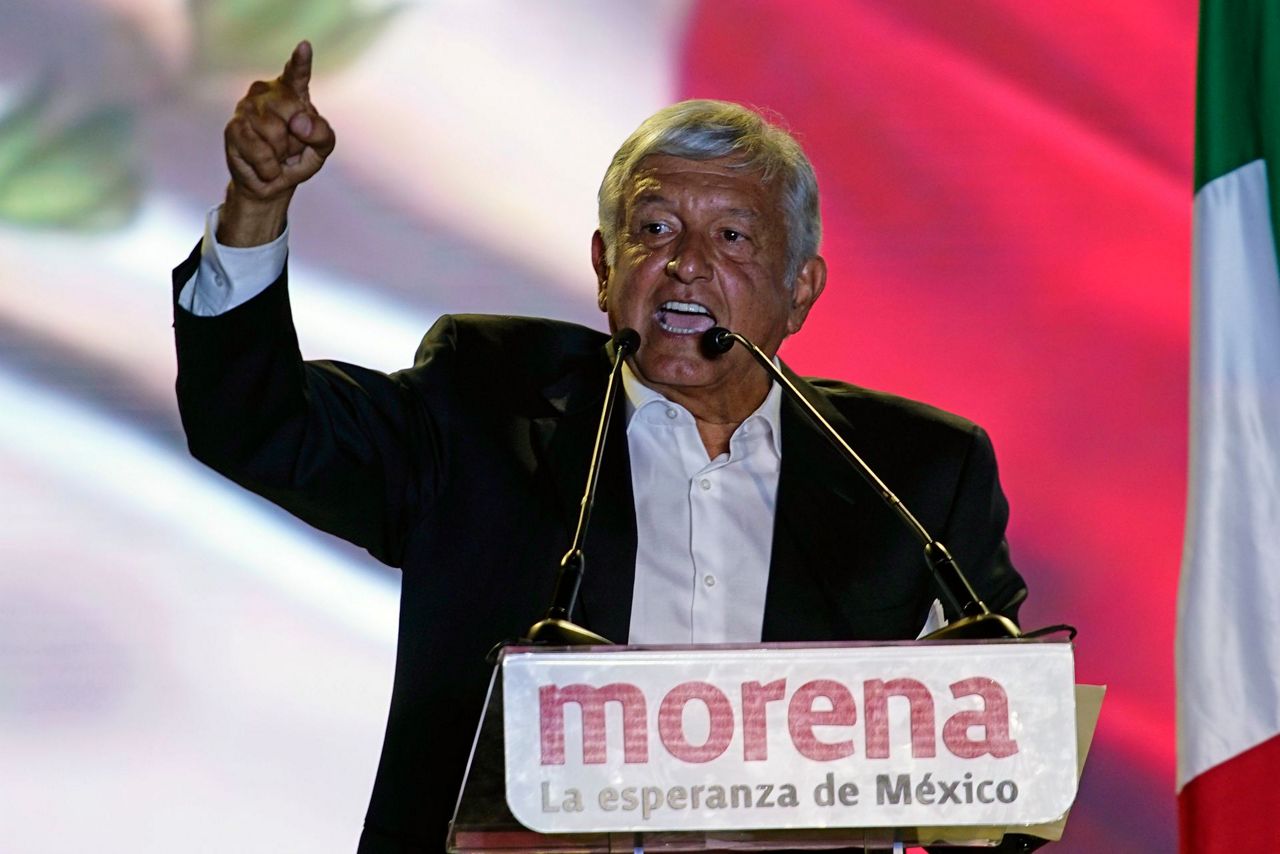 The three parties have been bitter enemies in the past, and share almost nothing ideologically. The National Action Party is conservative, the old ruling Institutional Revolution Party is centrist. They will be joined by the left-of-center Democratic Revolution Party, to which López Obrador once belonged.

The alliance announced Tuesday will be known as “Va por Mexico,” roughly “This is for Mexico.” It was apparently motivated by the still high popularity of López Obrador,and the apparent realization that none of the parties on their own could defeat him and Morena.

In announcing the alliance, party leaders and civic groups repeatedly called López Obrador “populist,” and accused him of concentrating too much power in the presidency, following his whims on pharaonic building projects, and weakening other government institutions.

“An electoral alliance like the one that has been agreed on, might seem contradictory in normal times, but these are not normal times,” said Demetrio Sodi, a former politician who at one time or another has belonged to all three parties.

It is not clear whether the alliance will include common candidates for state governorships.

“The situation Mexico is going through, the unity of civic groups and the real threat to the country's institutions and its democratic system, demanded we take on a historic responsibility,” said National Action leader Marko Cortés.

Even in a difficult year marked by the coronavirus pandemic and an economic downturn, López Obrador still had a 57% approval rating, according to a GEA-ISA in-person poll of 1,000 Mexicans carried out in late November. The poll had a margin of error of three percentage points.

López Obrador has long accused his opponents of essentially being conservatives intent on returning to the past. He has frequently joked about the “PRI-AN,” a made-up hybrid of the initials of the Institutional Revolutionary Party, or PRI, and National Action, or PAN.

National Action held the presidency from 2000 to 2012, while the PRI governed Mexico from 1929 to 2000 and returned briefly to power from 2012 to 2018 with an administration marked by deep corruption. PRI still holds one-third of state governorships, more than any other party.

López Obrador ran unsuccessfully for the presidency on the ticket of the Democratic Revolution Party in 2006, before forming Morena to run again in 2012 and 2018. He took a large part of the party's members with him, leaving the group a shell of its former self.