STOCK MARKET SLIDE CONTINUESWild ride as virus threatens economic damage
EXTRA ON GETTING THEREHere's an exclusive look at the construction on the Selmon Expressway extension
BLACK HISTORY MONTHCheck out feature stories we've posted as we celebrate Black History Month.
ATTRACTIONS INSIDEREverything you need to know about Florida's theme parks — and sign up to get news delivered to your inbox 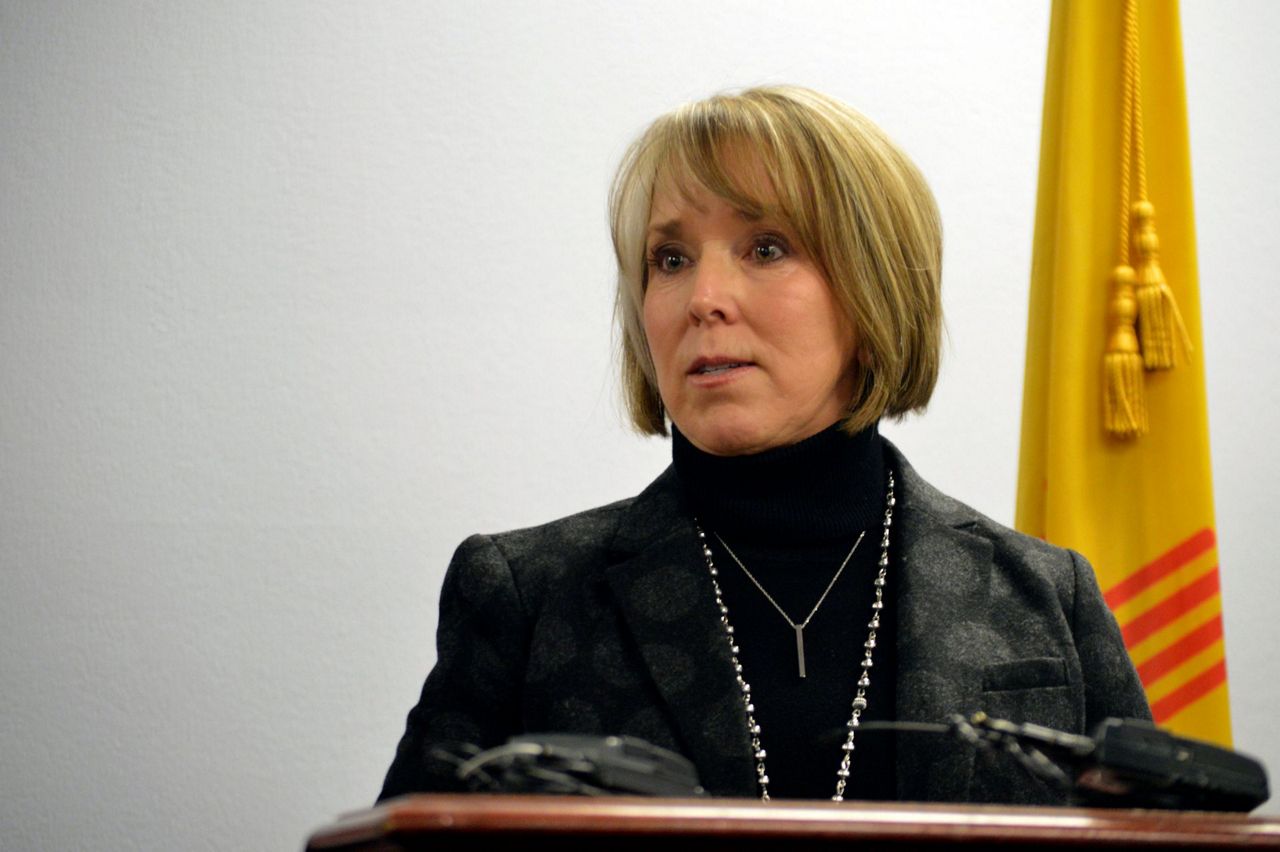 1 of 2
FILE - In this Jan 7, 2019, file photo, New Mexico Gov. Michelle Lujan Grisham speaks at a news conference in Albuquerque, N.M. Lujan Grisham is opposed to plans by a New Jersey-based company to build a multibillion-dollar facility in her state to temporarily store spent nuclear fuel from commercial reactors around the United States. Gov. Grisham sent a letter Friday, June 7, 2019, to U.S. Energy Secretary Rick Perry, saying the interim storage of high-level waste poses significant and unacceptable risks to residents, the environment and the region's economy. (AP Photo/Russell Contreras, File) 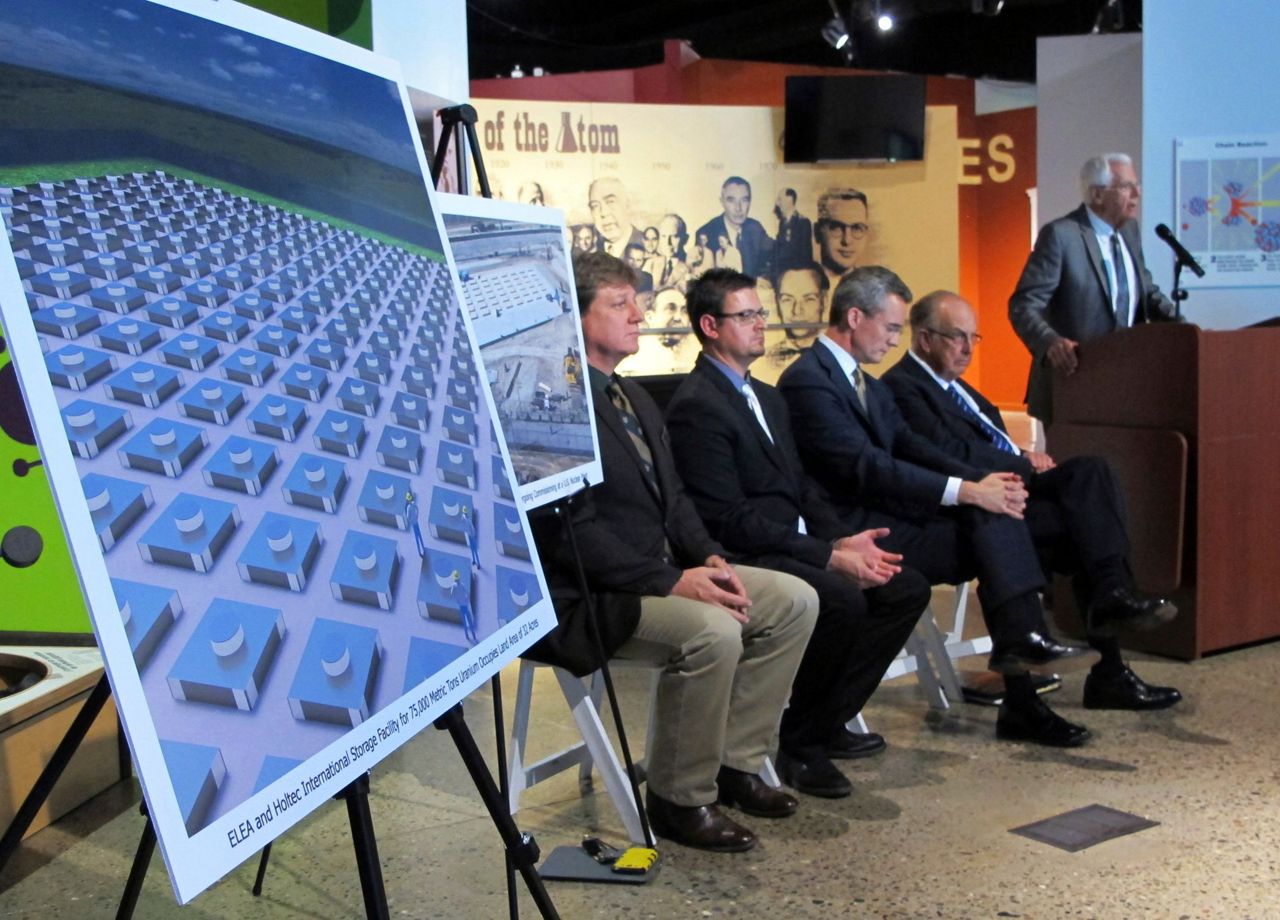 2 of 2
FILE - In this April 29, 2015, file photo, an illustration depicts a planned interim storage facility for spent nuclear fuel in southeastern New Mexico as officials announce plans to pursue the project during a news conference at the National Museum of Nuclear Science and History in Albuquerque, N.M. New Mexico's governor is opposed to plans by a New Jersey-based company to build a multibillion-dollar facility in her state to temporarily store spent nuclear fuel from commercial reactors around the United States. Gov. Michelle Lujan Grisham sent a letter Friday, June 7, 2019, to U.S. Energy Secretary Rick Perry, saying the interim storage of high-level waste poses significant and unacceptable risks to residents, the environment and the region's economy. (AP Photo/Susan Montoya Bryan, File)

She cited the ongoing oil boom in the Permian Basin, which spans parts of southeastern New Mexico and West Texas, as well as million-dollar agricultural interests that help drive the state's economy.

Any disruption of agricultural or oil and gas activities as a result of a perceived or actual incident would be catastrophic, she said, adding that such a project could discourage future investment in the area.

"Establishing an interim storage facility in this region would be economic malpractice," she wrote.

Holtec International has defended its plans, citing unmet obligations by the federal government to find a permanent solution for dealing with the tons of waste building up at nuclear power plants.

The company says the four-layer casks that would hold the spent fuel would be made of thick steel and lead, and transported on a designated train with guards and guns.

Holtec also contends the site in New Mexico — about 35 miles (56 kilometers) from Carlsbad — is remote and geologically stable.

Lujan Grisham's stance marks a shift from the previous administration, which had indicated its support for such a project.

During her last year in Congress, Lujan Grisham, a Democrat, opposed changes to the Nuclear Waste Policy Act and the possible development of a temporary storage facility in New Mexico. She was concerned that loopholes could be created and result in the waste being permanently stranded in New Mexico.

Several environmental groups also have protested the idea of an interim storage site for spent nuclear fuel. The groups raised their concerns during a hearing before federal regulators earlier this year.

Opponents question the project's legality, the safety of transporting high-level waste from sites scattered across the country and the potential for contamination if something were to go wrong.

The governor's letter came as the Nuclear Regulatory Commission considers whether to issue a 40-year license for the facility proposed by Holtec.

The company has the support of Eddy and Lea County officials, who have said the project would have economic benefits for the region.

Southeastern New Mexico is already home to the federal government's only underground repository for radioactive waste remaining from years of bomb-making and nuclear research.

Municipalities elsewhere in New Mexico and Texas have passed resolutions expressing concerns about an interim storage proposal in the region.

Reams of documents have already been submitted to the regulatory commission, and the overall permitting process is expected to be lengthy.

A Texas-based company also has applied for a license to expand its existing hazardous waste facility in Andrews County, Texas, to include an area where spent fuel could be temporarily stored.