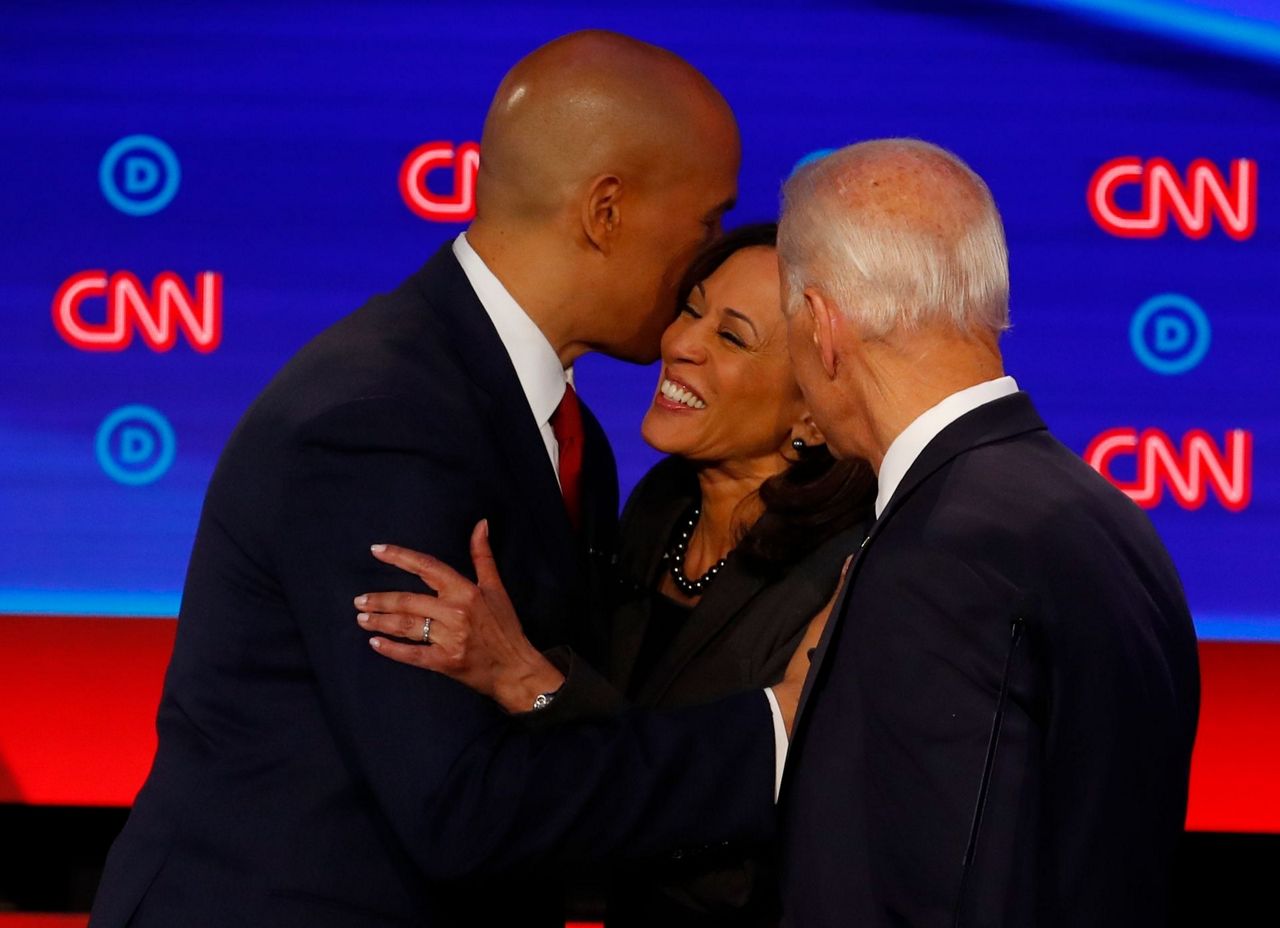 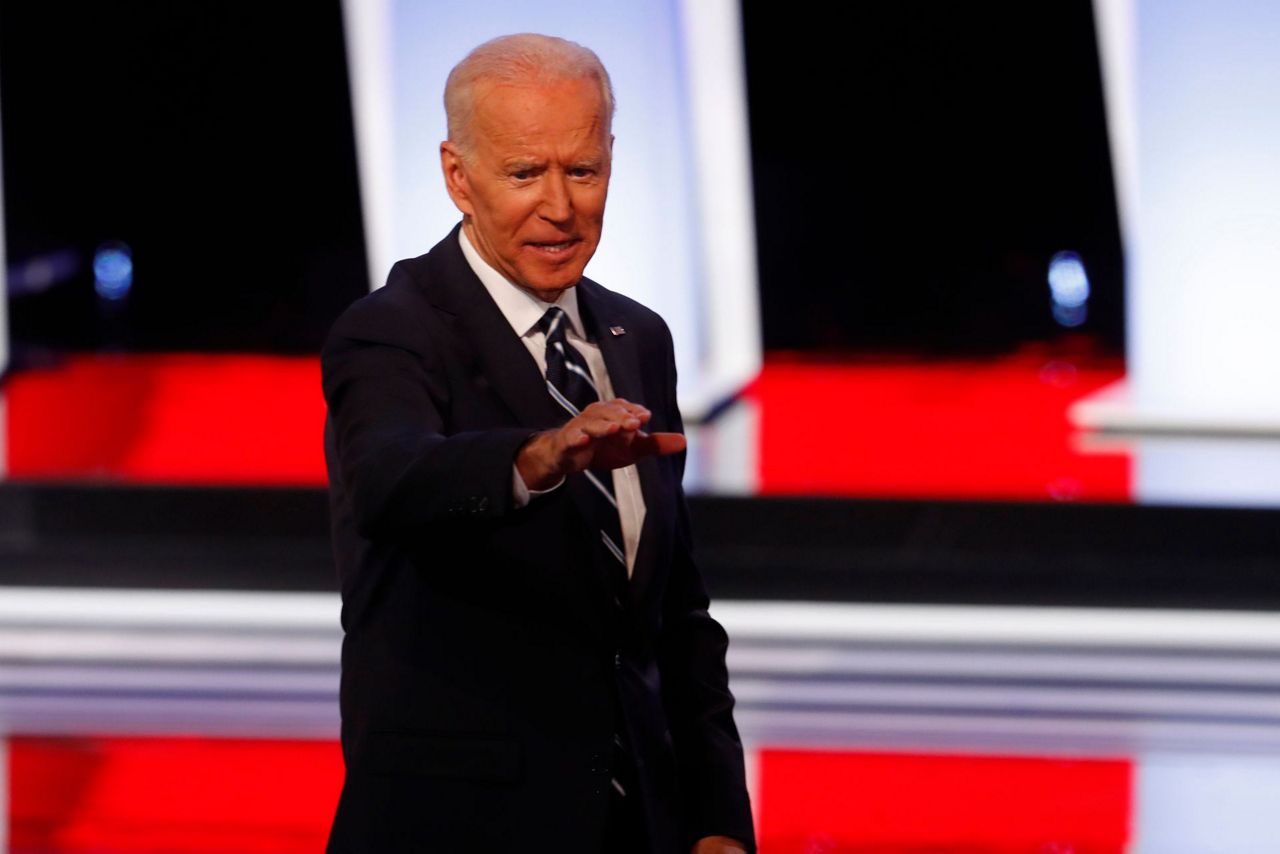 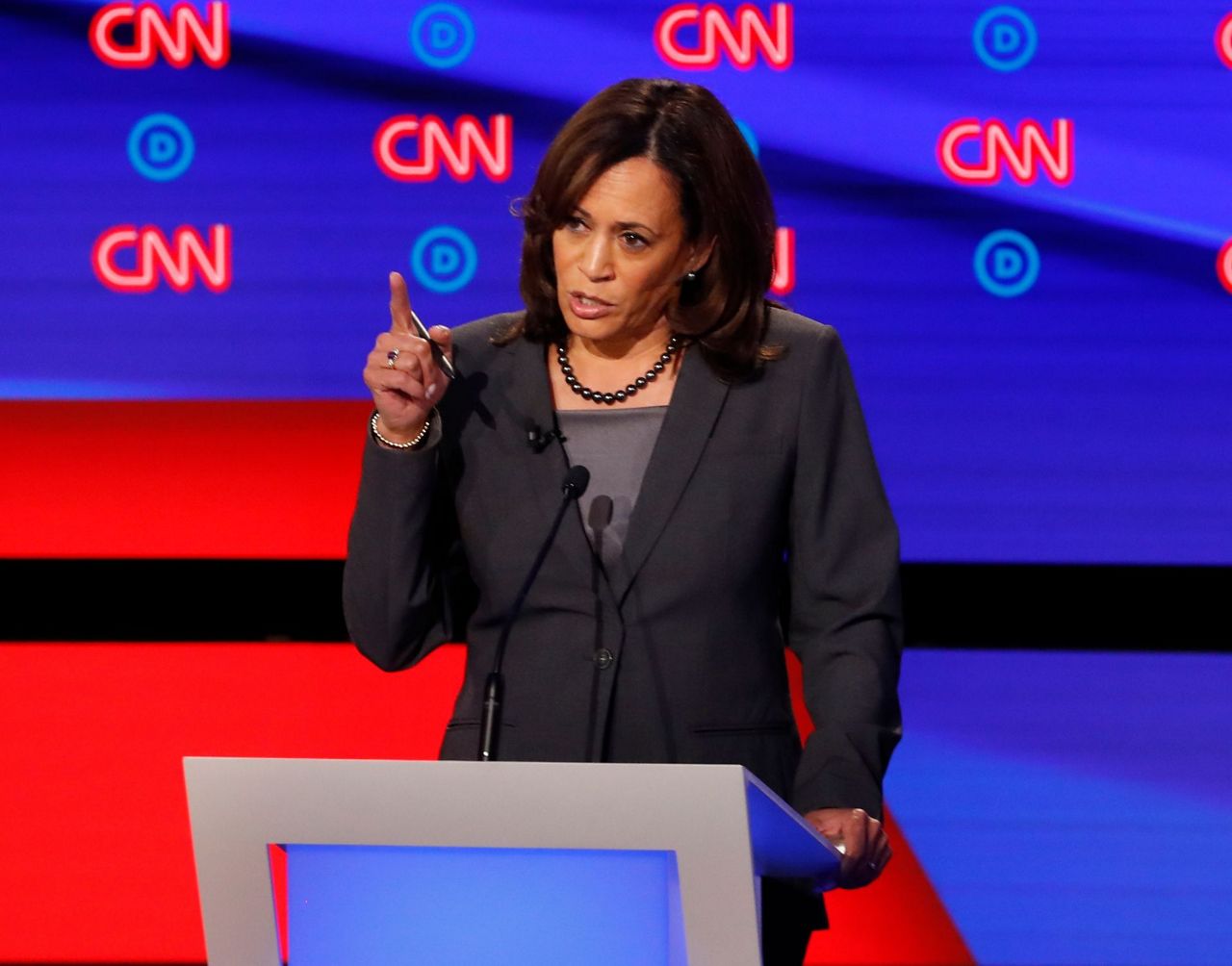 DETROIT (AP) — From the beginning, Joe Biden knew he would take heat at Wednesday's presidential debate . He was right — but he was not alone.

The evening marked some of the toughest attacks California Sen. Kamala Harris has faced as a candidate. The exchanges were part of a broader ideological fight for the future of the Democratic Party.

Takeaways from the debate:

The former vice president repeatedly found himself defending Barack Obama's policies on immigration and health care when they came under withering attack, a continuation of his near-constant efforts to highlight his service to the first black president.

While his rivals saber-rattled for "Medicare for All," which would scrap Obama's signature health care law, Biden called for a more modest public option that would build on the Affordable Care Act.

"I never heard him talk about this when he was the secretary," Biden said.

But he also deflected when asked why he didn't do more to stop the deportations, saying it was Obama's call. And that gave Cory Booker an opening.

"You invoke President Obama more than anybody in this campaign," Booker retorted. "You can't do it when it's convenient and then dodge it when it's not."

Harris' rising profile made her a target for the first time.

Colorado Sen. Michael Bennet derided her recently released "Medicare for All" plan, which he said was not "honest" and would raise taxes to the middle class "to the tune of $30 trillion." Hawaii Rep. Tulsi Gabbard went hard after Harris' record on criminal justice from her time as California's attorney general.

"Sen. Harris says she's proud of her record as a prosecutor and that she'll be a prosecutor president, but I'm deeply concerned about this record," Gabbard said. "Too many examples to cite, but she put over 1,500 people in jail for marijuana violations and laughed about it when she was asked if she ever smoked marijuana."

Harris has shown her deft ability to prosecute a case. But at least at the beginning of the night, she seemed rattled by some of the attacks. She took some of the later hits in stride, reorienting attention back to her criticism of Biden.

WILL THERE BE A BOOKER BOUNCE?

Booker needed a good debate to breathe new life into his flagging campaign. He largely succeeded.

The New Jersey senator avoided getting into nitty-gritty policy fights. But he came armed with zingers, talked about big issues and delivered many of the night's most memorable lines — often at Biden's expense.

"Mr. Vice President, there's a saying in my community: You're dipping into the Kool-Aid and ya don't even know the flavor," Booker said to Biden when he criticized his criminal justice record as mayor of Newark.

Booker went after Biden for his role in passing a 1994 crime bill that disproportionately impacted African Americans. He also spoke memorably about voter suppression, race and the Democrats' loss in Michigan to President Donald Trump in 2016.

"We lost the state of Michigan because everyone from Republicans to Russians were targeting the suppression of African American voters — we need to say that," Booker said.

Though he faced attacks from multiple candidates, Biden had a vocal ally in Bennet, who at times made the former vice president's arguments more effectively than Biden himself.

The Colorado senator aligned with Biden against Medicare for All, the health care plan that has spurred the biggest divide among the crowded Democratic field. After Biden argued for several minutes with Harris about her health plan, Bennet came to Biden's side, saying "we need to be honest" about the details in Harris' proposal.

Later in the evening, Bennet had Biden's back again, after a back-and-forth about segregation and busing. It was a repeat of the attack Harris launched against Biden during the June debate for not supporting federally ordered busing as a means of desegregation when he was a senator decades ago.

"This is the fourth debate that we have had and the second time that we are debating what people did 50 years ago with busing," Bennet said, noting schools today — including in Detroit — are as segregated as they were then. "We need a conversation about what's happening now."

Even with Washington Gov. Jay Inslee on stage, the debate over climate change took a backseat. Inslee has made the issue the heart of his campaign and he cast the issue Wednesday is the starkest terms: "The time is up. Our house is on fire."

As in Tuesday night's debate, health care and immigration were the first topics to get lengthy amounts of time and attention. Candidates were not asked about climate change until an hour and a half had passed. The discussion lasted for about 10 minutes.

While Democratic voters often say climate change is a major issue 2020 contenders must address, Inslee's attempt to fashion his candidacy around the issue has proven difficult. This may have been Inslee's last chance to use the debate stage as the spotlight. He is among the candidates in jeopardy of not having enough donors or support in polling to qualify for the September debate.