BREAKING NEWS:SpaceX Pushes Back Crew Capsule Abort System Test to One Hour
VOTE IN OUR POLLWhich of our 2019 Everyday Heroes will get the Viewers' Choice award? You decide
ATTRACTIONS INSIDEREverything you need to know about Florida's theme parks — and sign up to get news delivered to your inbox
GASPARILLAAvast Ye! It's almost Gasparilla time - 5 things to know 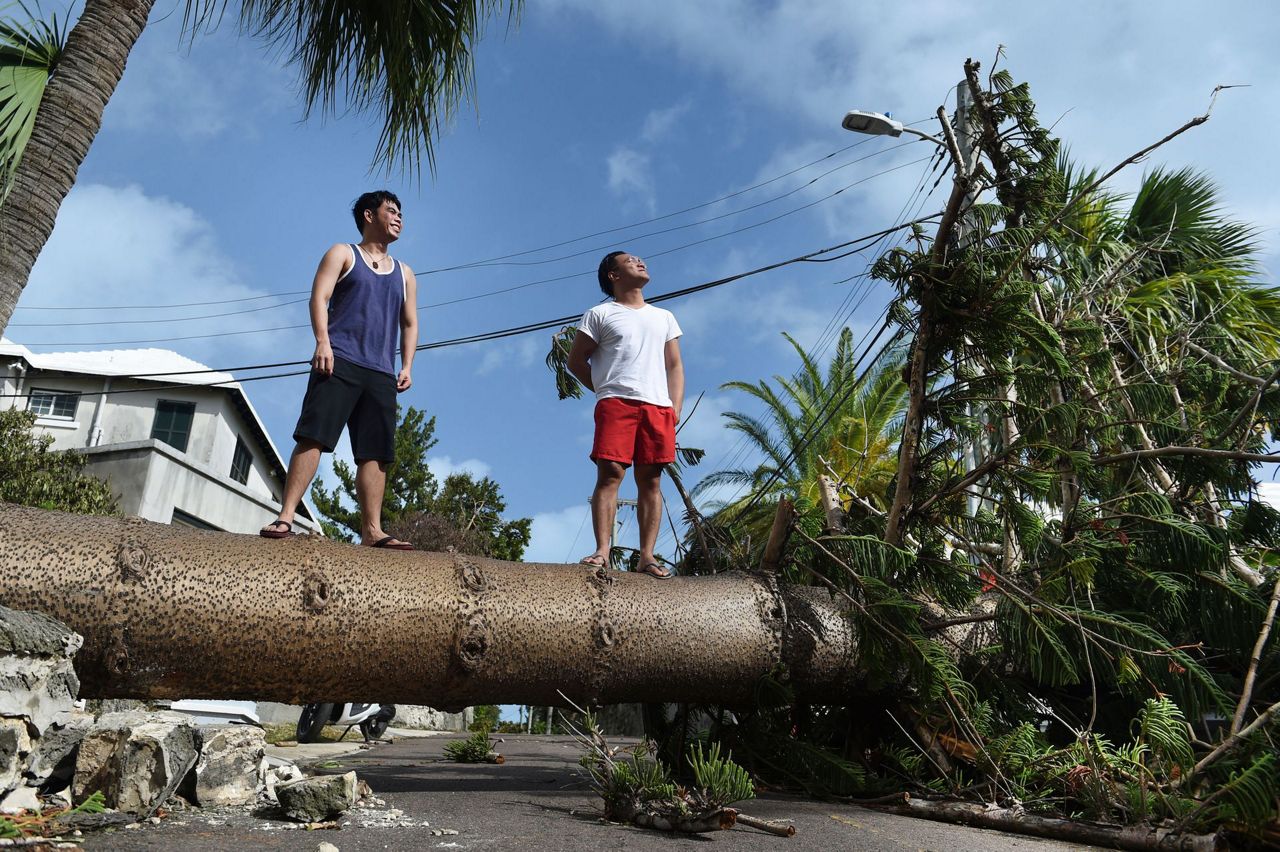 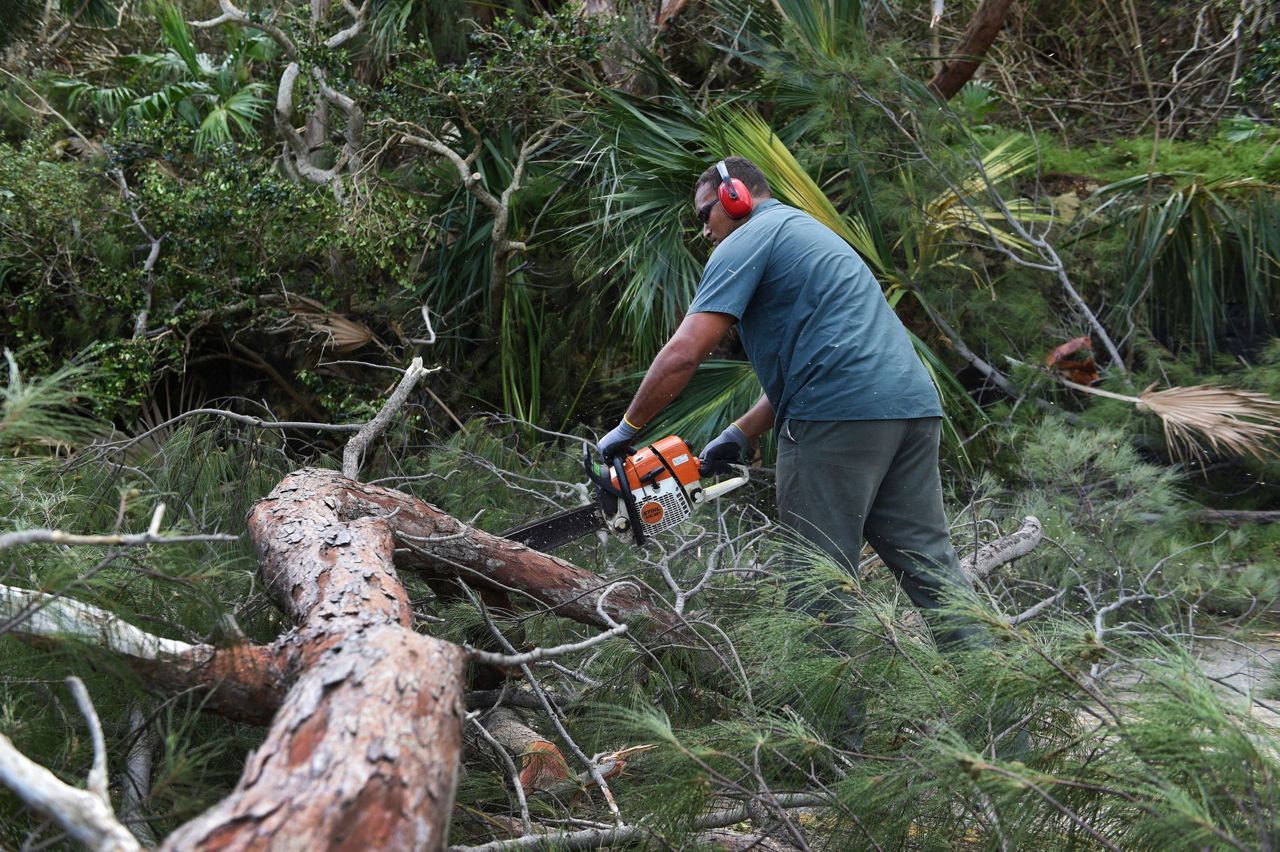 2 of 5
A man uses a powered saw to cut away a felled tree blocking Harrington Sound Road in the aftermath of Hurricane Humberto, in the Smiths parish of Bermuda, Thursday, Sept. 19, 2019. Humberto blew off rooftops, toppled trees and knocked out power but officials said Thursday that the Category 3 storm caused no reported deaths. (AP Photo/Akil J. Simmons) 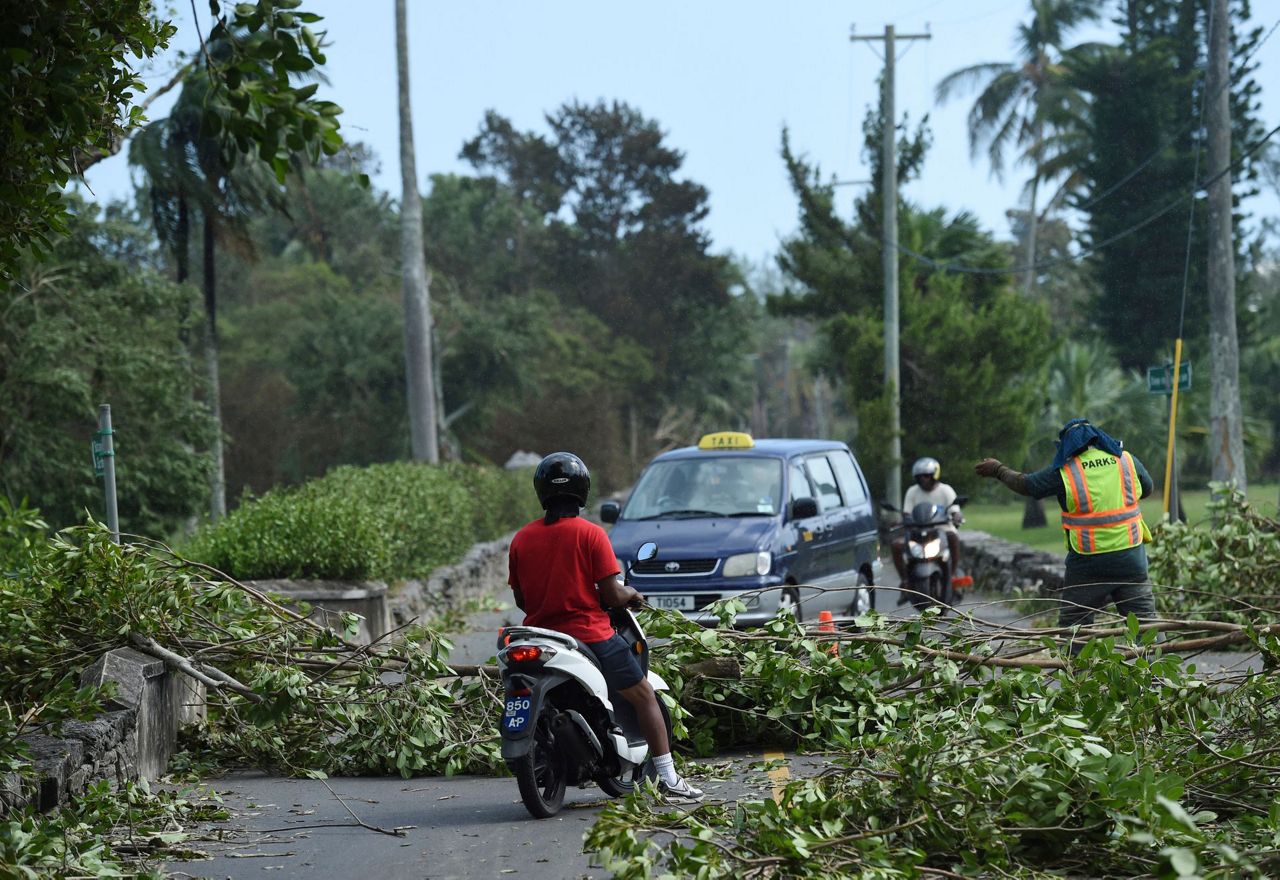 3 of 5
A city worker directs traffic away from trees felled by Hurricane Humberto, in the Devonshire parish of Bermuda, Thursday, Sept. 19, 2019. Humberto blew off rooftops, toppled trees and knocked out power but officials said Thursday that the Category 3 storm caused no reported deaths. (AP Photo/Akil J. Simmons) 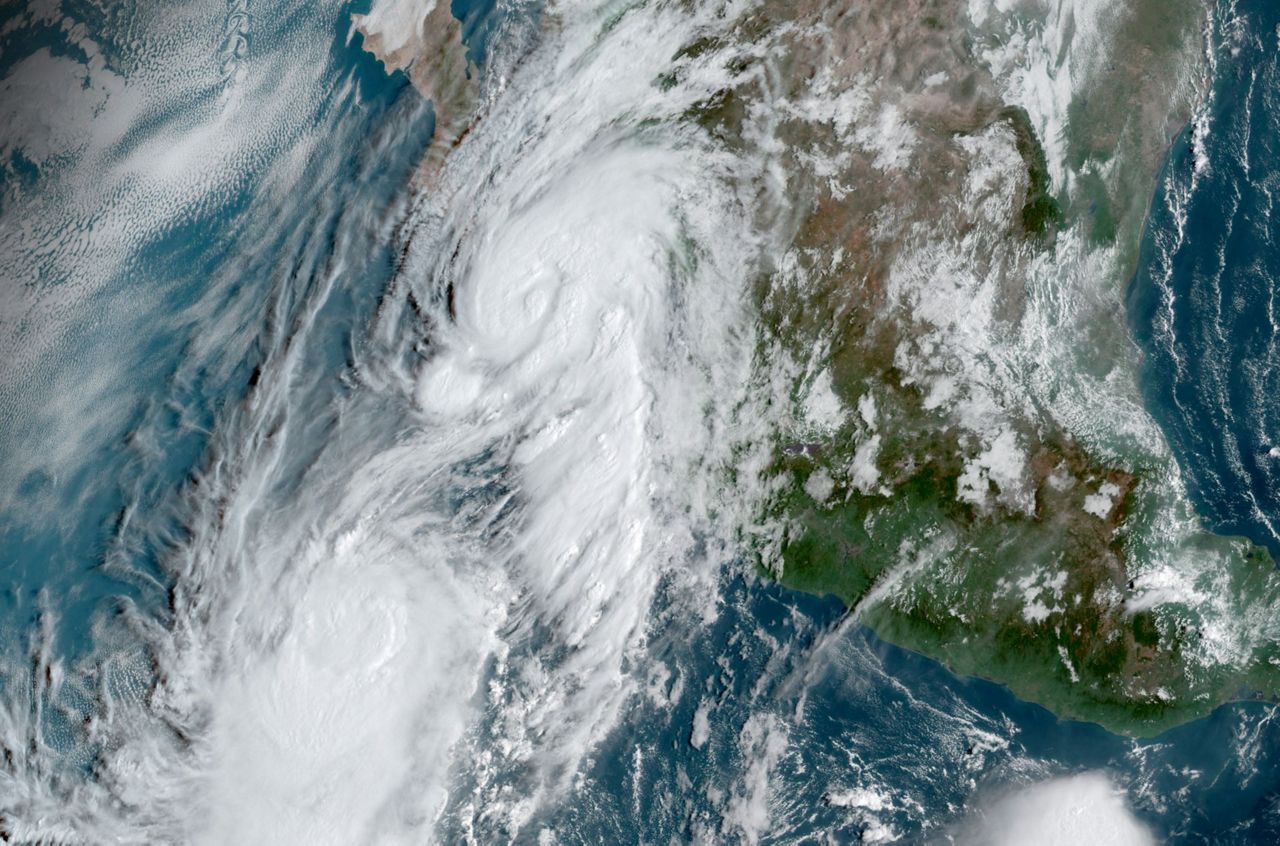 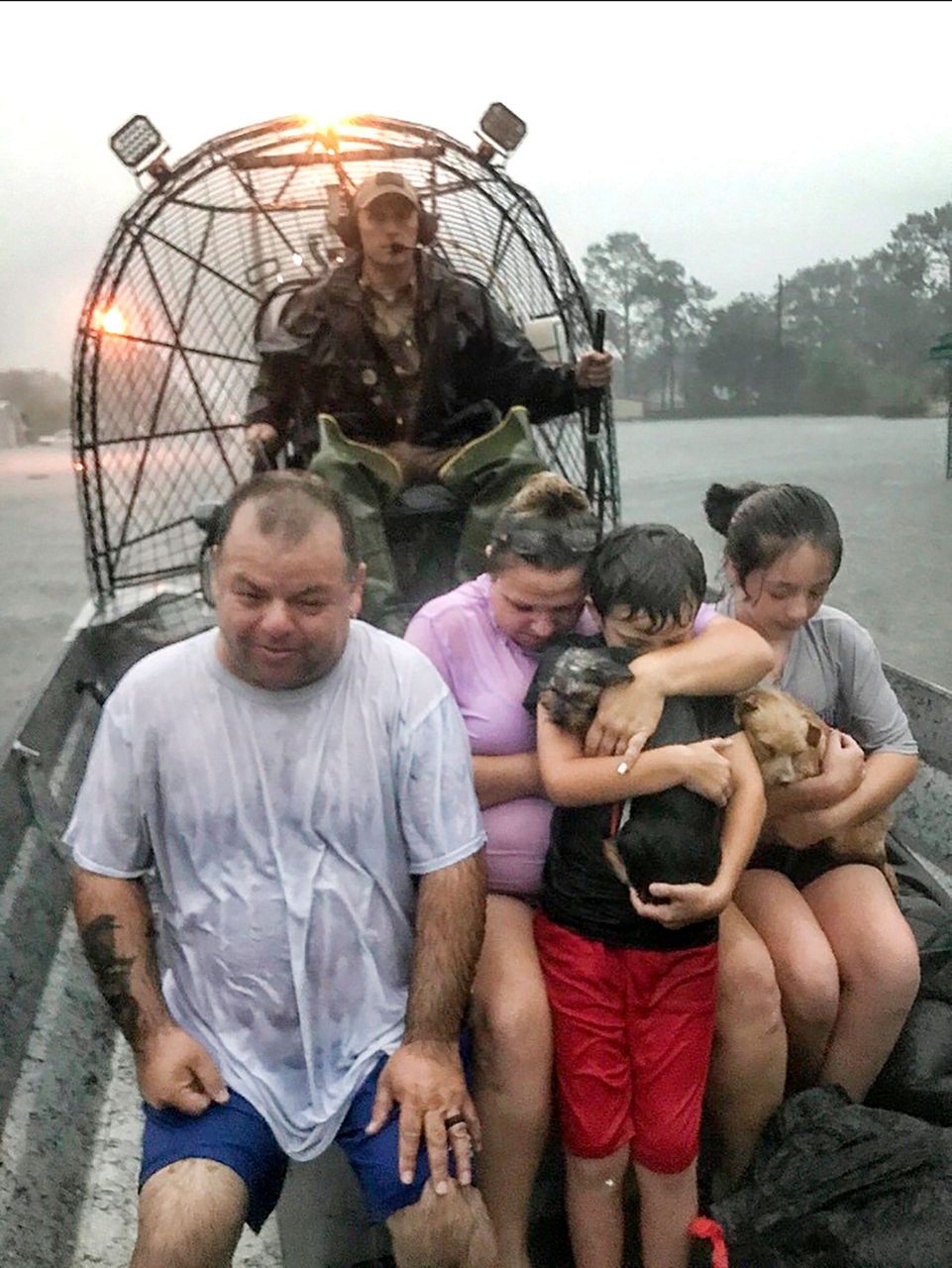 Lorena was forecast to pass over or near the southern tip of the Baja California Peninsula Friday afternoon with heavy winds and soaking rains, and locals who have been through past hurricanes were taking no chances.

"If we don't get the yacht out, the waves can damage it," said Juan Hernández, who rents his craft to foreign visitors. It's "a preventative measure for when a cyclone threatens."

Authorities in Los Cabos said 787 people have taken refuge at 18 storm shelters. Local security forces urged people in low-lying areas to evacuate even as some tourists continued to stroll along the streets under cloudy skies in Cabo San Lucas. Others returned to their hotels.

The U.S. National Hurricane Center in Miami upgraded Lorena to a Category 1 hurricane early Friday. By the afternoon it had maximum sustained winds of 75 mph (120 kph) and was about 35 miles (55 kilometers) away, moving toward Cabo San Lucas at 6 mph (10 kph). Forecasters predicted damaging winds, flash flooding and life threatening surf along the peninsula.

We arrived on Monday and we hope to leave Sunday. ... We hope there aren't big problems," said Minerva Smith, a traveler from California.

Lorena was kicking up heavy waves at the twin resorts of San Jose del Cabo and Cabo San Lucas.

Civil defense official Carlos Godínez said Friday an American tourist who went to the beach in Los Cabos with his son died after being swept out to sea. The son survived. But Godínez said the death occurred early Thursday, before beach access was restricted, and that it was "not necessarily attributable" to Lorena.

A second tropical storm, Mario, was about 365 miles (590 kilometers) south of the southern tip of the Baja peninsula early Friday and had sustained winds of 65 mph (100 kilometers). But it wasn't expected to hit land.

Authorities suspended classes for Friday and prepared to use schools as shelters if necessary. The port of Cabo San Lucas was closed to navigation.

A total of 177 properties were available as potential shelters in five municipalities of the state. The region was in a state of yellow alert and anticipating heavy rains.

"Lorena is going to dump a lot of water," said Carlos Alfredo Godínez, deputy secretary for civil defense in the state.

Lorena came onshore a day earlier as a hurricane in the western Mexican state of Colima, whipping palm trees about with its strong winds and lashing the area with sheets of rain. It flooded streets, washed out roads and touched off minor slides in 10 municipalities. Dozens of trees were downed, and power was knocked out in some areas.

Colima state Gov. José Ignacio Peralta said nearly 8 inches (2 centimeters) of rain had fallen in a little under 24 hours, and more than 7,400 acres (3,000 hectares) of crops such as bananas and papayas were damaged statewide.

But there were no deaths or significant damage to infrastructure, he said.

"There are no losses of human lives to lament," Peralta said.

Lorena's brush with land caused it to lose strength and become a tropical storm, but it regained its punch as it headed toward Los Cabos.

Its maximum sustained winds stood at 85 mph (140 kph) around midday Friday. It was centered about 130 miles (205 kilometers) east-northeast of Barbuda and was moving to the west-northwest at 17 mph (28 kph).

Elsewhere in the Atlantic, Hurricane Humberto became a post-tropical cyclone out at sea after tearing off rooftops, toppling trees and knocking out power in Bermuda while blowing past the British territory Wednesday night. Officials said the storm caused no reported deaths.

"We've made it through and everyone is safe," Premier David Burt said. "That's what is most important."

In Texas and Louisiana, heavy rains from the remnants of Tropical Depression Imelda flooded low-lying areas and caused at least two deaths.

The National Weather Service said preliminary estimates suggested that Jefferson County in Texas got more than 40 inches of rain in a span of just 72 hours. That would make it the seventh wettest tropical cyclone in U.S. history.