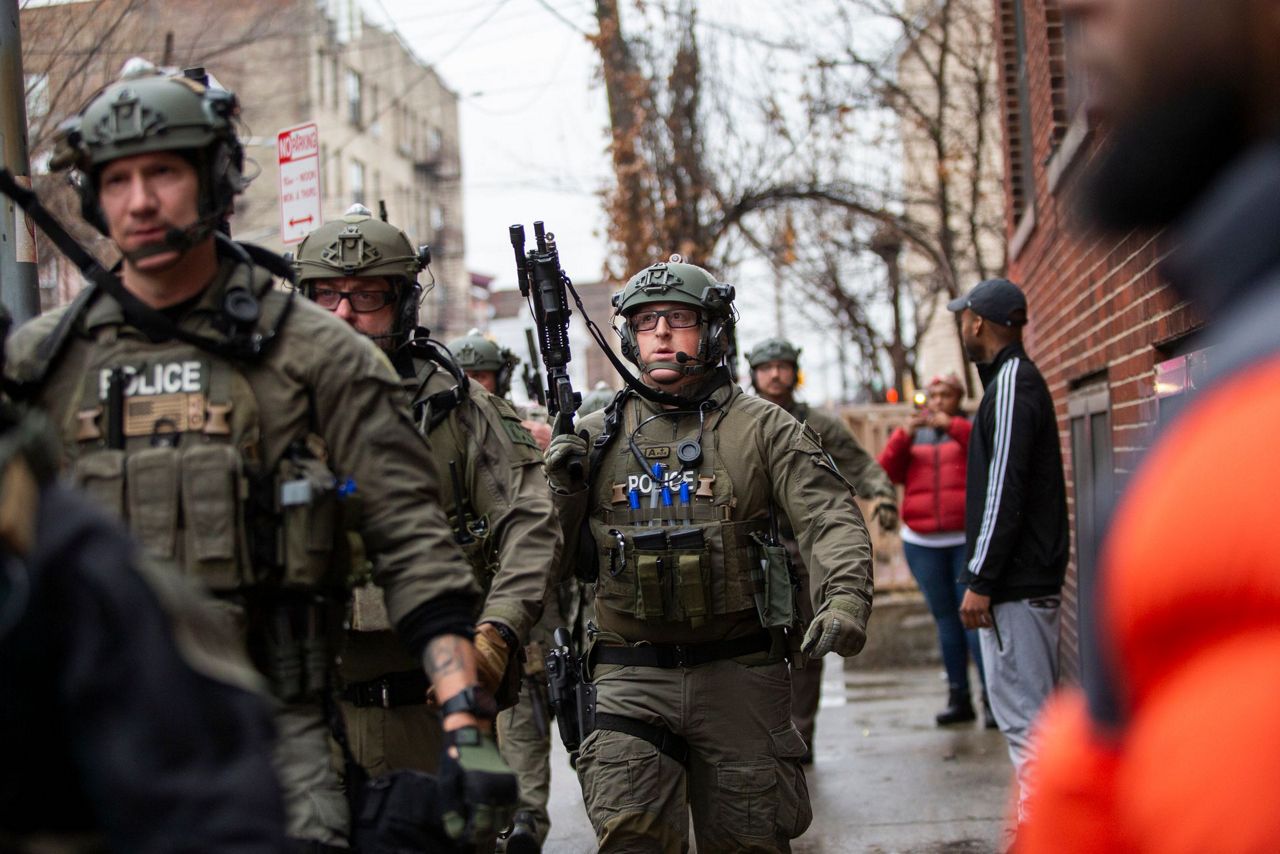 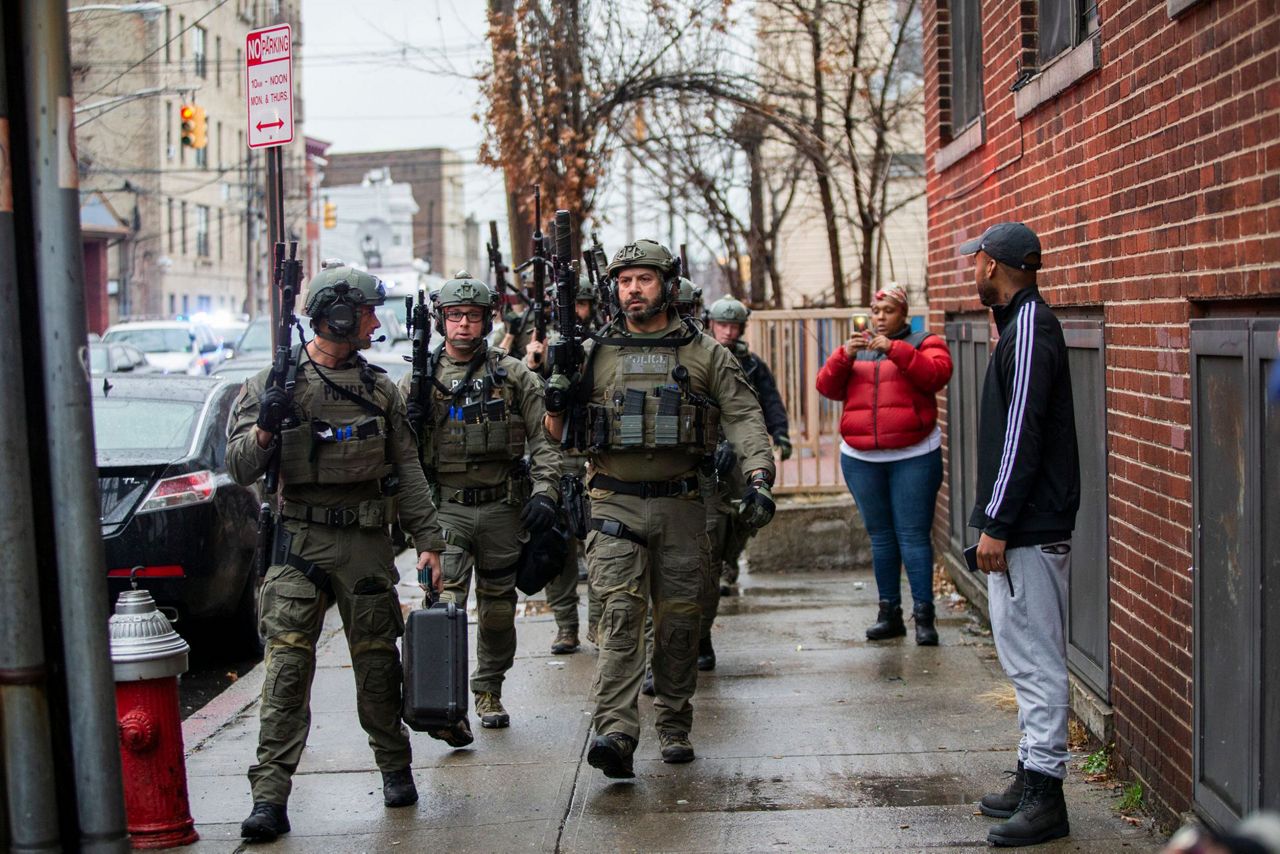 JERSEY CITY, N.J. (AP) — Authorities say that multiple people are dead after a shooting in Jersey City on Tuesday.

They said there was no indication terrorism was behind the standoff marked by heavy gunfire.

Sporadic, heavy gunfire rang out over the course of at least an hour along a major thoroughfare where the shooting occurred.

SWAT teams and federal agents responded to the scene, and police blocked off the area, which has a Catholic school, some stores, a kosher supermarket and a hair stylist. Phones rang unanswered at several businesses. The Catholic parish, Sacred Heart, has closed, and no one answered at its associated school, which runs from preschool through eighth grade.

Police tactical teams were going through the school, which remained on lockdown, according to scanner traffic.

Jersey City Police said they had no information to provide over the phone on the shooting.

White House spokesman Hogan Gidley said President Donald Trump had been briefed on the shooting and was monitoring it.

Loud volleys of gunfire could be heard at regular intervals but subsided around 2 p.m. in the city, which is just across the Hudson River from Manhattan.

Video images show a line of police officers armed with weapons pointed in several directions walking down the sidewalk. The Bureau of Alcohol, Tobacco, Firearms and Explosives said it was responding.

Dozens of bystanders pressed against the police barrier to film the action on cellphones, some whooping when gunfire bursts filled the air.

Andy Patel works at a liquor store about three blocks away from the site of the shooting site and said there had been consistent gunfire fire about an hour Tuesday afternoon.

“I can hear the gunshots. It's like firecrackers going off. They were shooting like crazy about an hour ago. Then it stopped for like 20 or 30 minutes. The cops were clearing everyone off the streets,” said Patel.