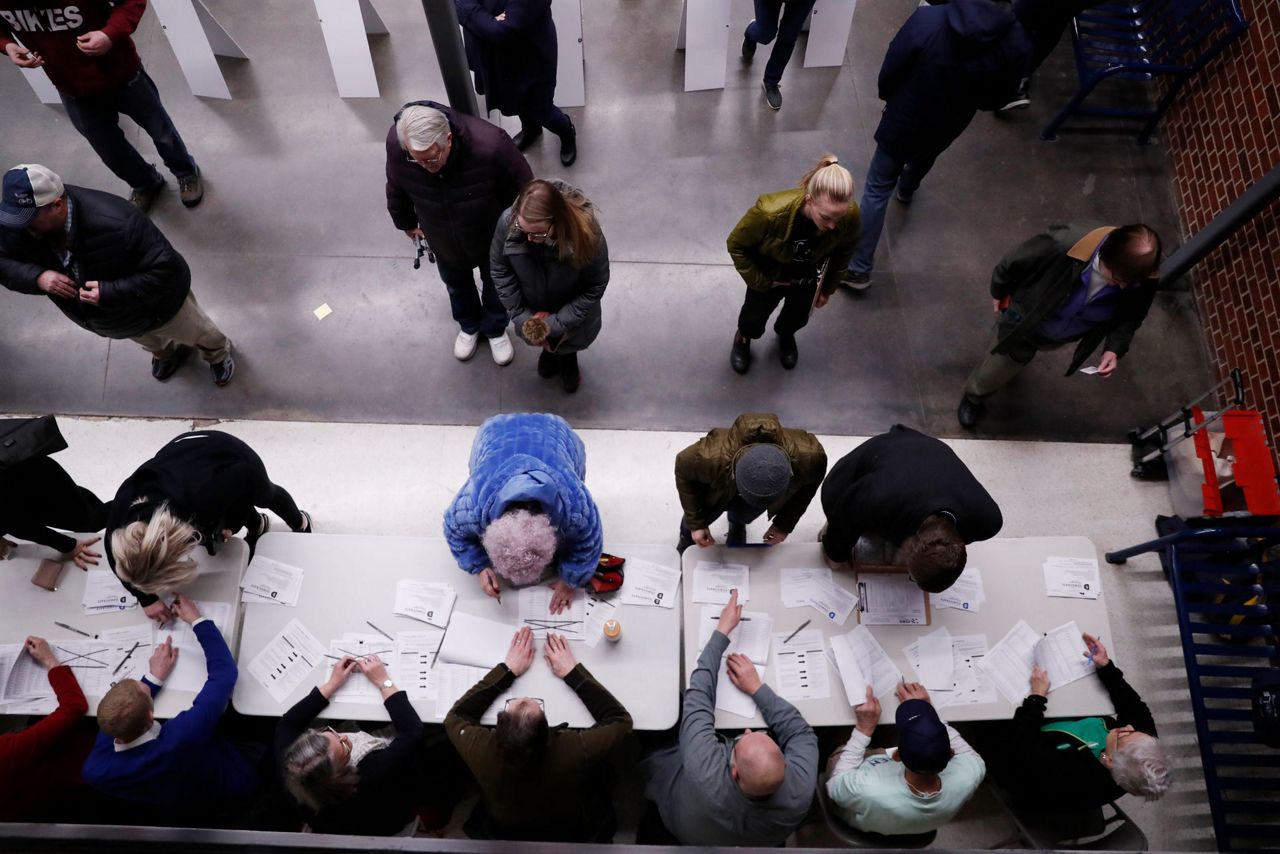 DES MOINES, Iowa — The Associated Press said Thursday that it is unable to declare a winner of Iowa's Democratic caucuses.

Perez sought the recanvass following days of uncertainty about the results reported by the Iowa Democratic Party, which includes technology problems with the mobile phone app used by the party to collect results from caucus sites, an overwhelming number of calls to the party’s backup phone system and a subsequent delay of several days of reporting the results.

The Iowa Democratic Party suggested it may not comply with Perez’s request, issuing a statement that said it would conduct a recanvass if one was requested by one of the candidates.

Further, the party has yet to report results from some satellite caucus sites, from which there are still an unknown number of state delegate equivalents to be won.

“The Associated Press calls a race when there is a clear indication of a winner. Because of a tight margin between former Mayor Pete Buttigieg and Sen. Bernie Sanders and the irregularities in this year’s caucus process, it is not possible to determine a winner at this point," said Sally Buzbee, AP’s senior vice president and executive editor.

The AP will continue to report and review the results from the Iowa Democratic Party as it completes its tabulation, as well as the results of any potential recanvass or recount.

Copyright 2020 The Associated Press. All rights reserved. This material may not be published, broadcast, rewritten or redistributed.