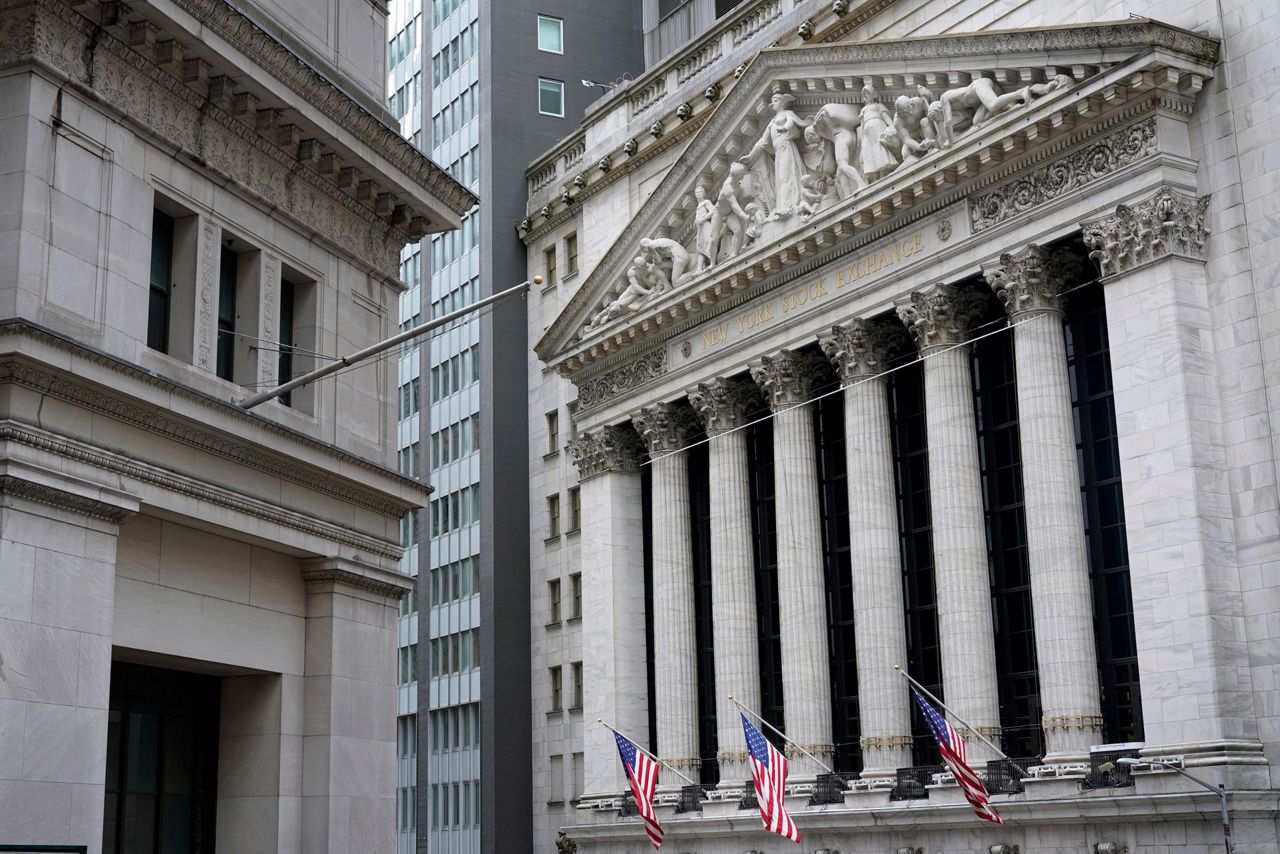 Asian shares extend losses on worries about spread of virus

Stocks drifted to a mostly lower close on Wall Street Tuesday, even as more gains for technology companies pushed the Nasdaq to another all-time high. The S&P 500 slipped 0.2%, pulled down by losses in banks and communications companies including Facebook. The weak showing came despite the long-awaited passage in Congress of a $900 billion coronavirus relief package. Indexes crossed between small gains and losses several times through the day, and trading was relatively thin ahead of the Christmas holiday later in the week. Small-company stocks did better than the rest of the market.

THIS IS A BREAKING NEWS UPDATE. AP’s earlier story follows below.

Stocks are drifting in mixed trading on Wall Street Tuesday afternoon after Congress finally approved a $900 billion rescue to carry the economy through what's likely to be a bleak winter.

The S&P 500 was virtually unchanged, a day after worries about a new, potentially more infectious strain of the coronavirus dragged markets through tumultuous trading. The Dow Jones Industrial Average was down 125 points, or 0.4%, at 30,093, as of 2:09 p.m. Eastern time, and the Nasdaq composite was 0.4% higher. Indexes crossed between small gains and losses several times through the day, and thin trading amid a holiday-shortened week could make the market's moves erratic.

After months of bickering, Congress approved a deal on Monday night to send $600 cash payments to most Americans, give $300 per week to laid-off workers and deliver other aid to businesses struggling under the weight of the pandemic. The bill is going to President Donald Trump’s desk for his signature.

The hope for investors is that such support can prop up the economy for the next several months, before a more widespread rollout of coronavirus vaccines can allow it to stand on its own. That expectation has been driving markets for a while, but a new worry is casting some doubt on it.

A new strain of the coronavirus has emerged, one that has caught hold in at least London and southern England. There’s no evidence that it’s more deadly, but it seems to spread more easily. Worries are high enough about it that countries around the world have restricted flights from London, raising concerns that more economy-punishing lockdowns may be on the way.

Helping to keep the worries in check was the CEO of BioNTech, the German company that developed a coronavirus vaccine with Pfizer. Ugur Sahin said it “is highly likely” that his company’s vaccine can protect against the new variant, though further studies are needed to be sure. His company's vaccine is one of two already approved for use in the United States. .

Even without the new coronavirus strain, the resurgent pandemic has already been dragging on the U.S. economy, which had roared to a record annualized pace of 33.4% growth during the summer. Two weaker reports on important areas of the economy added to the growing pile of discouraging data on Tuesday.

One showed that confidence among U.S. consumers dropped this month, and the reading was well below what economists had forecast. That’s discouraging for an economy driven largely by consumers spending. Another showed that even the red-hot housing market is slowing slightly. The reading on sales of previously occupied homes roughly matched economists’ expectations.

Such worries have caused momentum to slow for the stock market, which set record highs last week, after earlier surging on hopes that COVID-19 vaccines will trigger a return to normal for the economy next year and that Washington would approve big stimulus to tide the economy over until then.

More stocks were falling in the S&P 500 than rising on Tuesday, but healthy gains for some of the index's most influential stocks helped offset them. Apple rose 3.5%, for example. Because it's the biggest company in the index by market value, its movements carry more sway on the S&P 500 than any other stock.

Travel-related companies were among those taking the hardest hits, again, amid worries about more restrictions on movement. Norwegian Cruise Line lost 5.9%, and American Airlines Group slid 2.9%.

In overseas stock markets, European indexes regained some of their sharp drops from the day before. France’s CAC 40 rose 1.4%, and Germany’s DAX returned 1.3%. The FTSE 100 in London added 0.6%.

Shares retreated in Asia after the U.S. Commerce Department announced it was including 103 entities on a new “Military End User” list, including 58 Chinese and 45 Russian companies. Such a designation requires special licensing for exports and other sales of designated products to the listed companies to prevent certain technologies from being used by foreign militaries in China, Russia or Venezuela, it said.

Many of the companies are related to aviation and shipbuilding. The list adds to strains between Washington and Beijing, which already are feuding over technology, security and other issues.