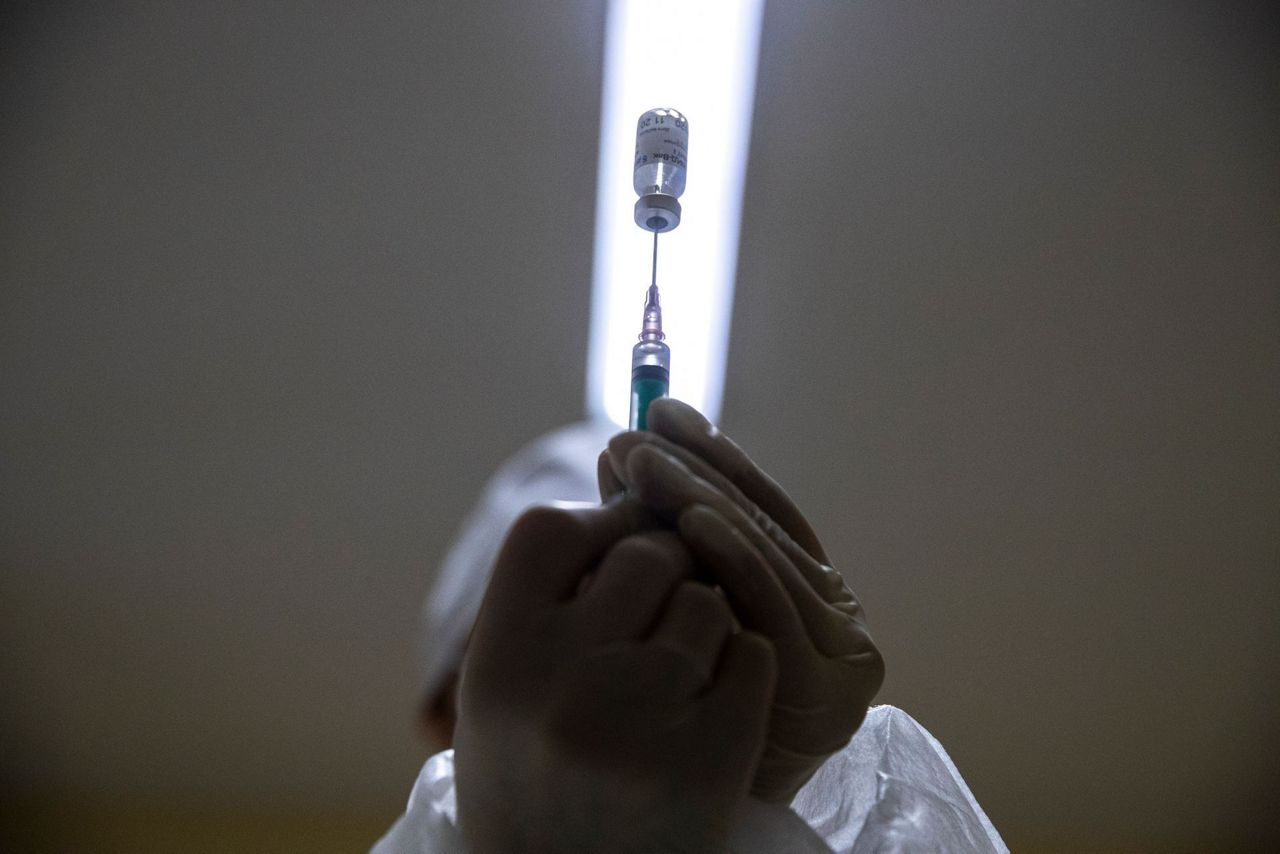 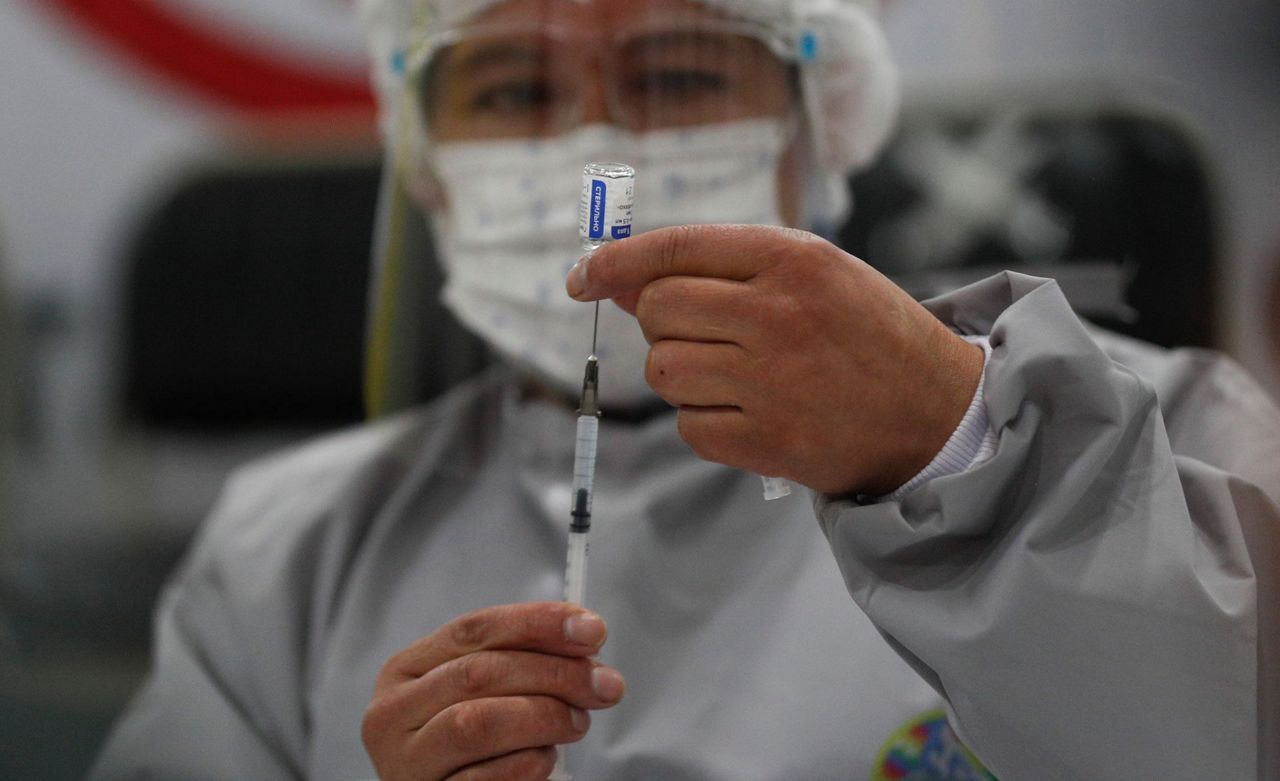 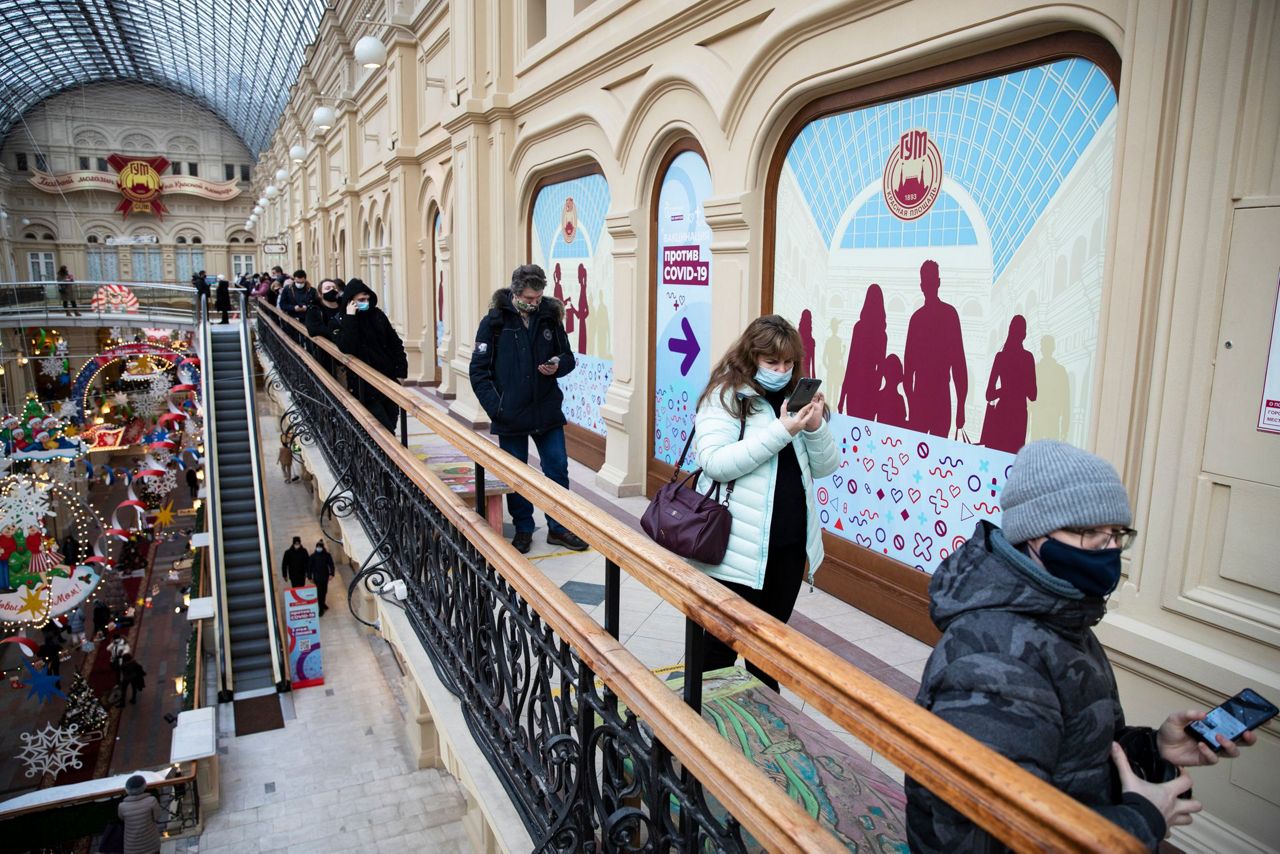 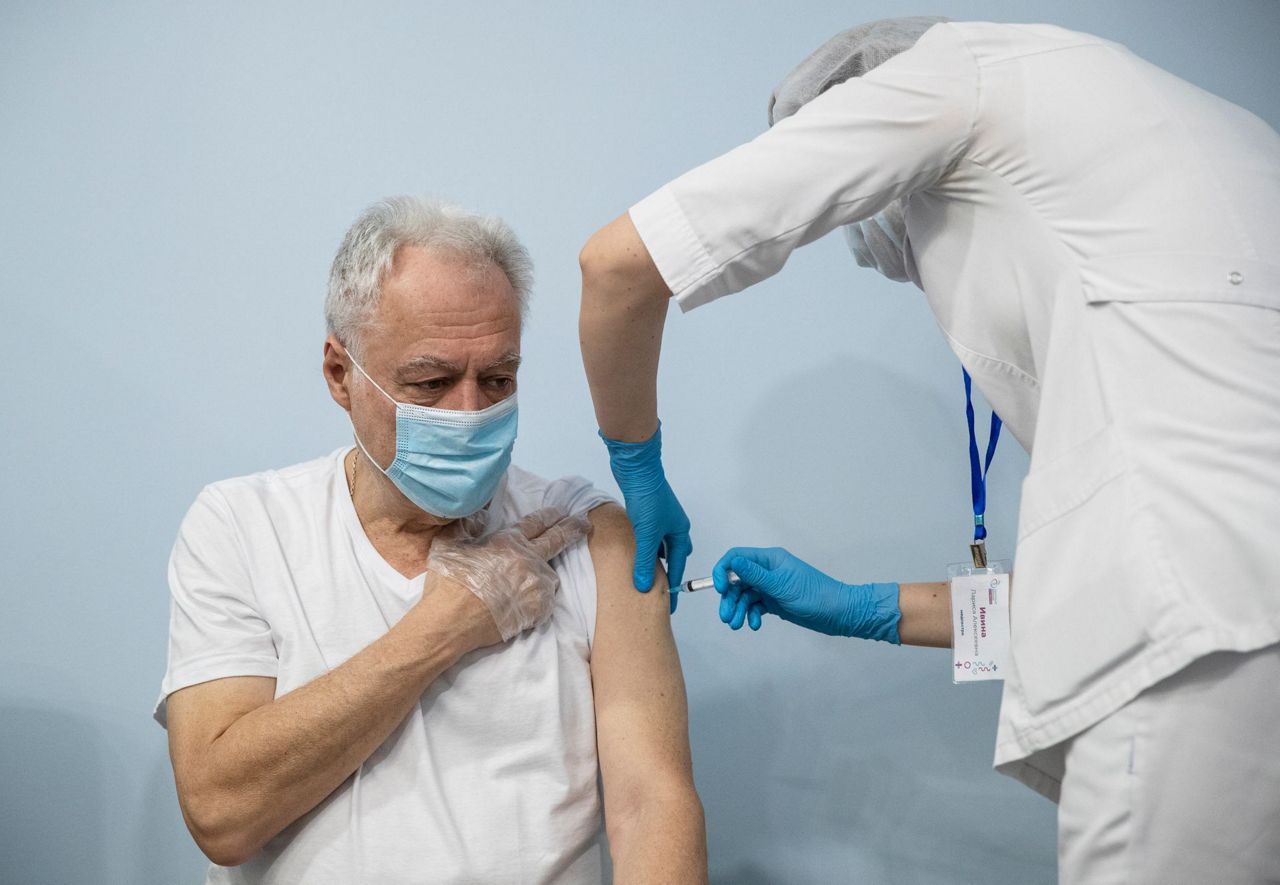 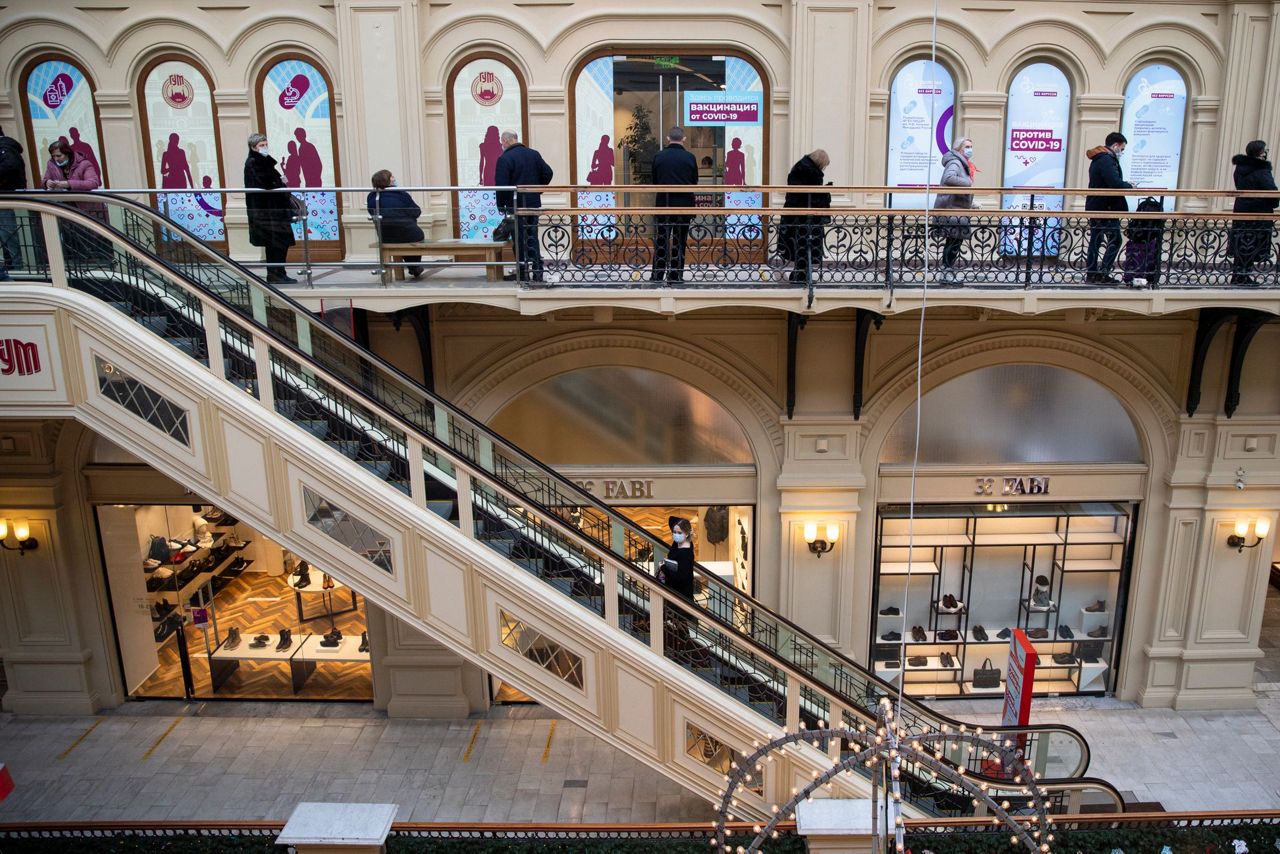 The news is a boost for the vaccine, which governments around the world increasingly are purchasing in the race to stop the devastation caused by the coronavirus pandemic.

Researchers said that based on a fall trial involving about 20,000 people in Russia, the vaccine is about 91% effective and appears to prevent inoculated individuals from becoming severely ill with COVID-19. But it is unclear if Sputnik V can stop transmission. The study was published online Tuesday in The Lancet.

Scientists not linked to the research acknowledged that the speed at which the vaccine was made and rolled out had brought criticism of the Russian effort's “unseemly haste, corner cutting and an absence of transparency.”

“But the outcome reported here is clear,” British scientists Ian Jones and Polly Roy wrote in an accompanying commentary. “Another vaccine can now join the fight to reduce the incidence of COVID-19."

The vaccine was approved by the Russian government with much fanfare on Aug. 11. President Vladimir Putin personally broke the news on national television and said one of his daughters had already received it. At the time, the vaccine had only been tested in several dozen people, and the move elicited criticism from experts both at home and abroad.

Kirill Dmitriev, CEO of the Russian Direct Investment Fund that bankrolled the development of the shot, called the study in The Lancet “check and mate to the critics of the Russian vaccine.”

“Russia was right from the very beginning,” he said.

Outside Russia, Sputnik V has received authorization in over a dozen countries, according to the fund — including the former Soviet republics of Belarus, Armenia and Turkmenistan; Latin American nations including Argentina, Bolivia and Venezuela; African nations such as Algeria as well as Serbia, Iran, Palestine and UAE.

Batches of the vaccine have already been supplied to six countries. In all, more than 50 countries have submitted applications for 2.4 billion doses, an RDIF spokesman told The Associated Press.

The latest study is based on research involving about 20,000 people over 18 at 25 hospitals in Moscow between September and November, of whom three-quarters got two doses of the Russian vaccine 21 days apart and the remainder got placebo shots.

Serious side effects were reported rare in both groups and four deaths were reported, although none were considered to be the result of the vaccine.

The study included more than 2,100 people over age 60 and the vaccine appeared to be about 92% effective in them. The research is ongoing, but Russia’s Health Ministry said in December it was cutting the size of the study from the planned 40,000 subjects to about 31,000 already enrolled volunteers, with developers citing ethical concerns about using placebo shots.

The Russian vaccine uses a modified version of the common cold-causing adenovirus to carry genes for the spike protein in the coronavirus as a way to prime the body to react if COVID-19 comes along. That’s a similar technology to the vaccine developed by AstraZeneca and Oxford University. But unlike AstraZeneca's two-dose vaccine, the Russians used a slightly different adenovirus for the second booster shot.

“This aims to drive higher immune responses to the target 'spike' by using two slightly different jabs,” said Alexander Edwards, an associate professor in biomedical technology at Britain’s University of Reading, who was not connected to the Russian research. He said if you have two identical shots, it’s possible the immune system doesn’t get as big a boost from the second injection.

Roy, a professor of virology at the London School of Hygiene and Tropical Medicine, said there should no longer be any doubts about the Russian vaccine. She said the high level of antibodies produced by Sputnik V suggest that it could also protect against some of the new COVID-19 variants that have been detected recently, but more studies are needed to verify that.

“Initially, I had some concerns about what they were saying and thought they were getting too much publicity, but the data are now very strong,” Roy said.

Sputnik V was rolled out in a large-scale vaccination campaign in Russia in December, with doctors and teachers the first in line. Last month, Putin ordered mass immunizations to start.

In early January, the Russian Direct Investment Fund said over 1 million Russians had already been vaccinated. Some Russian media questioned the number, suggesting that the rollout had been much slower, with many Russian regions reporting small numbers of vaccinations.

The production of Sputnik V will span several countries, including India, South Korea, Brazil, China. “We will also manufacture vaccines in Kazakhstan, develop (production) in Belarus, in Turkey, and possibly even in Iran,” Dmitriev said, adding that the production in China will start at the end of the month.

The European Medicines Agency said the developers of Sputnik V recently asked for advice on what data they needed to submit for the vaccine to be licensed across the 27-nation European Union.

Hungarian health authorities were the first in the EU to approve the vaccine on Jan. 21, but the National Public Health Center must still give its final approval before shots are distributed to the public.

The minister took the opportunity to blast the EU's own vaccination rollout, which has been much slower than ones in Israel, Britain or the United States.

“Brussels’ centralized vaccine procurement has been a failure, which has risked the lives of Europeans and the swiftest restarting of the European economy,” Szijjarto said.

“We were the first, but we probably won’t be the only ones" in the EU to consider using Russian and Chinese COVID-19 vaccines, he added.