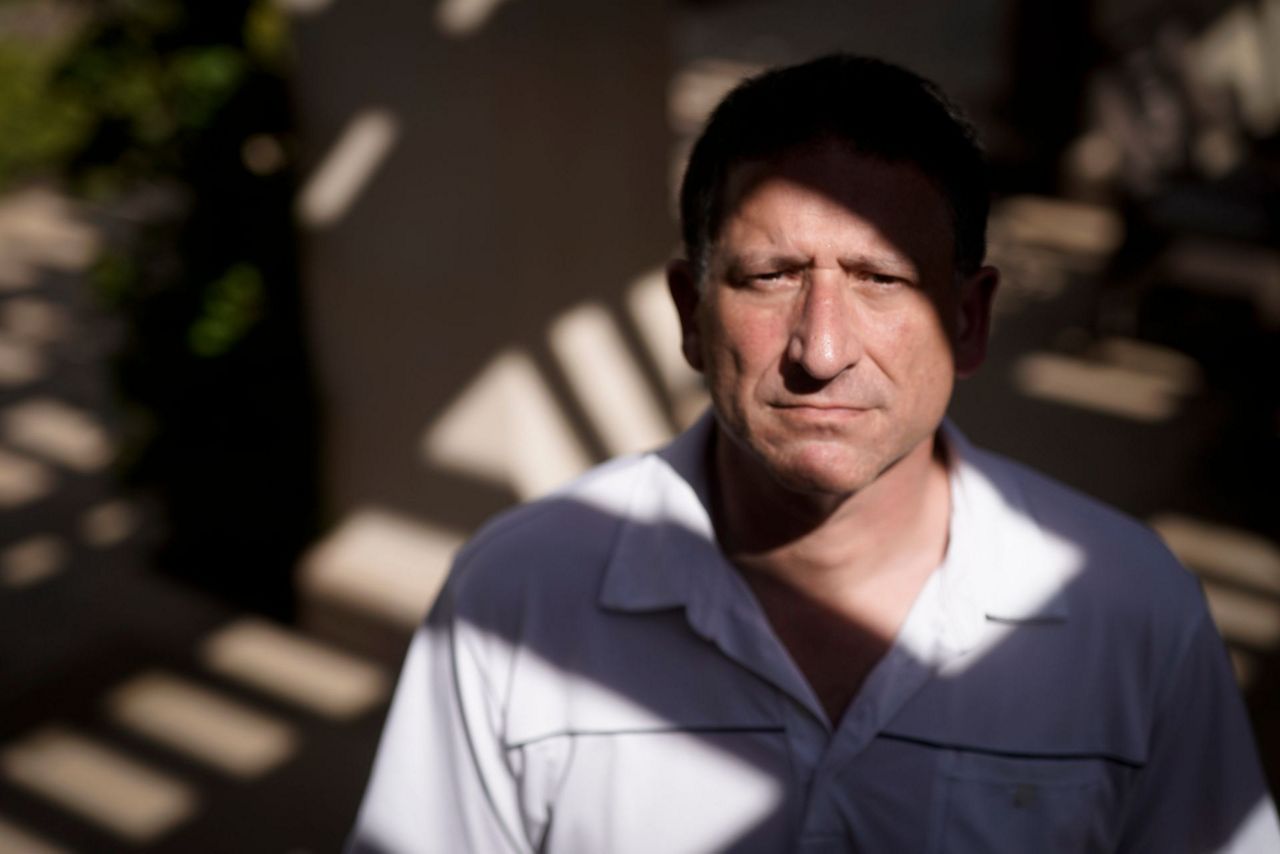 1 of 2
FILE - In this March 11, 2020, file photo, Keith Gartenlaub poses for a photo near his home in Irvine, Calif. The Justice Department’s internal watchdog is reviewing the former Boeing engineer’s allegations that he was unfairly pursued by FBI agents who investigated him on suspicions that he was spying for China. (AP Photo/Chris Carlson, File) 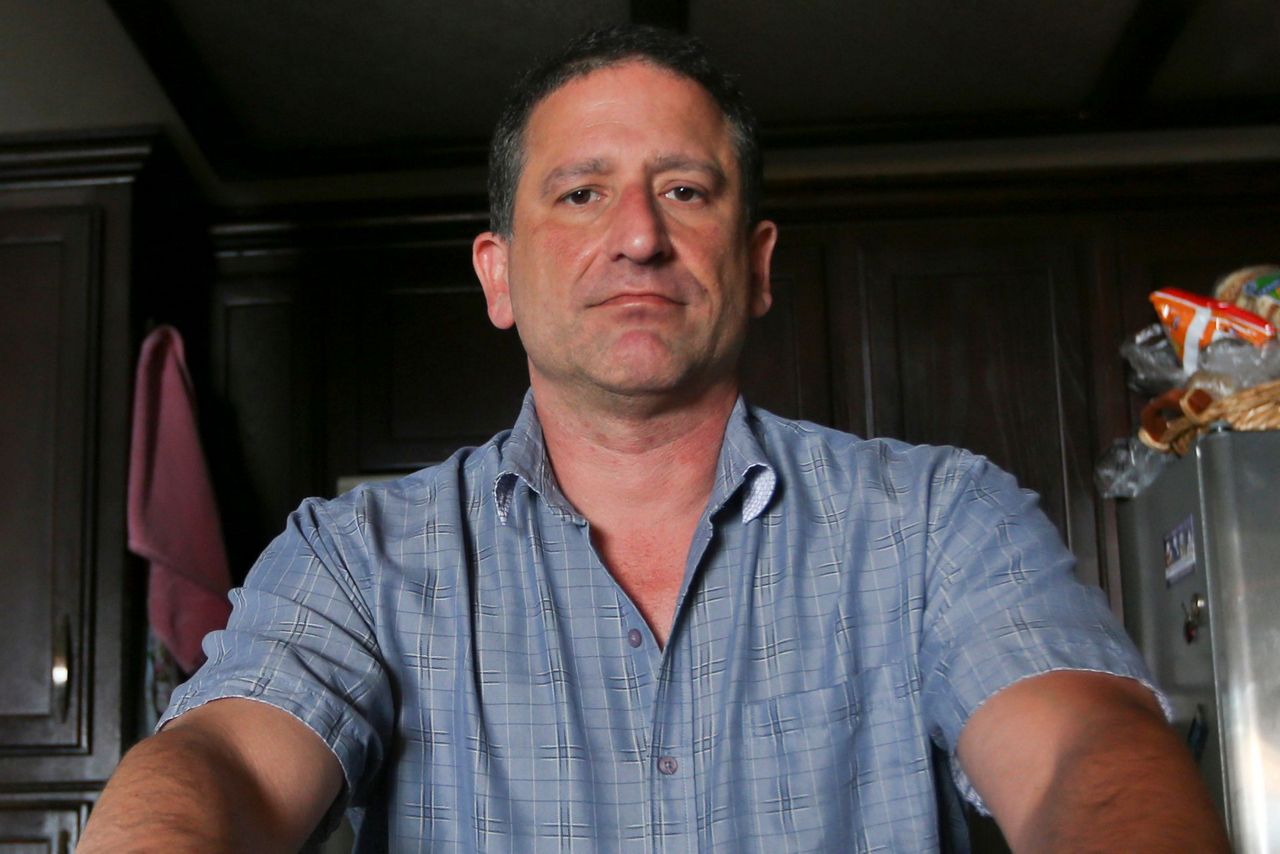 2 of 2
FILE - In this March 24, 2016, file photo, Keith Gartenlaub is seen at his home in Southern California. The Justice Department’s internal watchdog is reviewing the former Boeing engineer’s allegations that he was unfairly pursued by FBI agents who investigated him on suspicions that he was spying for China. (AP Photo/Lenny Ignelzi, File)

WASHINGTON (AP) — The Justice Department's internal watchdog is reviewing a former Boeing engineer's allegations that he was unfairly investigated by the FBI on suspicion that he was spying for China, according to correspondence and court filings reviewed by The Associated Press. It's the latest challenge related to secretive surveillance powers used in some terrorism and espionage cases.

The inspector general review is unfolding amid broader scrutiny of the FBI's process for applying for court-authorized surveillance in national security investigations. Errors in applications submitted during the Russia investigation of Donald Trump's first presidential campaign, as well as in a larger sample of applications subsequently scrutinized by the watchdog office, have spurred bipartisan concerns about government surveillance powers and yielded rare alignment from pro-security and pro-privacy voices in Congress.

Concerns about the accuracy of surveillance applications sought under the Foreign Intelligence Surveillance Act, or FISA, were a prominent theme in Monday's confirmation hearing of attorney general nominee Merrick Garland. Under repeated questioning from Republican senators, Garland stressed his belief in the need to be "careful” and precise in representations made in applications.

At issue in this case is a warrant the FBI obtained in 2014 from the secretive Foreign Intelligence Surveillance Court to search the computers of Keith Gartenlaub as agents investigated whether he had leaked to the Chinese design plans for a C-17 military cargo plane.

Gartenlaub has denied that accusation and was never charged with any espionage-related crimes, but federal prosecutors did bring child pornography charges after finding images on his hard drive. He was convicted in federal court in California and sentenced to more than three years in prison.

He has long maintained his innocence, insisting that the files were not his, were never opened and date to a period in his life when numerous people had access to his computer while he lived at a beach house. In any event, he argues, the FBI had no basis to search his computers in the first place since there was no evidence he had conspired with China.

Having now completed his sentence, he moved last year to vacate his conviction and his lifetime probation, alleging that he was victimized by an error-tainted investigation and that there was no basis to suspect him of espionage. As part of the lawsuit, Justice Department lawyers have revealed that the inspector general is reviewing Gartenlaub's complaint, acting on his request that it do so.

In a January court filing, government lawyers said the inspector general anticipated that it would take at least six months to finish reviewing the issues that Gartenlaub raised. In addition, an August letter from the inspector general’s office to Gartenlaub’s lawyer said his allegations were being looked at by the oversight and review division. A separate letter last year to Rep. Ted Lieu, D-Calif., also disclosed a review by the office.

“To me, this is a canary in a coal mine case,” said Gartenlaub's lawyer Tor Ekeland.

A spokeswoman for the inspector general's office declined to comment.

Gartenlaub has publicly maintained for at least five years that he was unfairly targeted by the FBI and that the allegations in the original application were mistaken. He has said, for instance, that the FBI misstated his position at Boeing and that he didn’t have access to the information that was obtained by the Chinese so he could not have disclosed it.

“It's an entirely different thing to take a national security warrant and then use it to prosecute a domestic, criminal crime,” Ekeland said. “Without that FISA search warrant, they have no case. It's not some ancillary thing.”

Though Gartenlaub was convicted of unrelated crimes, his underlying allegations about flaws in the FISA process have gained traction over the last year following revelations by the inspector general of 17 significant errors or omissions in applications submitted to surveil a former Trump campaign aide during a probe into possible coordination between the 2016 campaign and Russia.

The FBI, in response to the report, issued dozens of corrective actions designed to ensure the accuracy and thoroughness of its FISA applications.

Months later, the inspector general office revealed that a broader audit of 29 FISA applications had turned up problems in each, including apparent errors or inadequately supported facts. The FBI has said that most of the errors were minor and would not have affected a judge’s decision that there was probable cause for the surveillance.

“I'm no Trump fan, but I thank him for this one,” Ekeland said of the renewed scrutiny on the FISA process. “He shined attention onto this bloated national security apparatus that is unaccountable.”