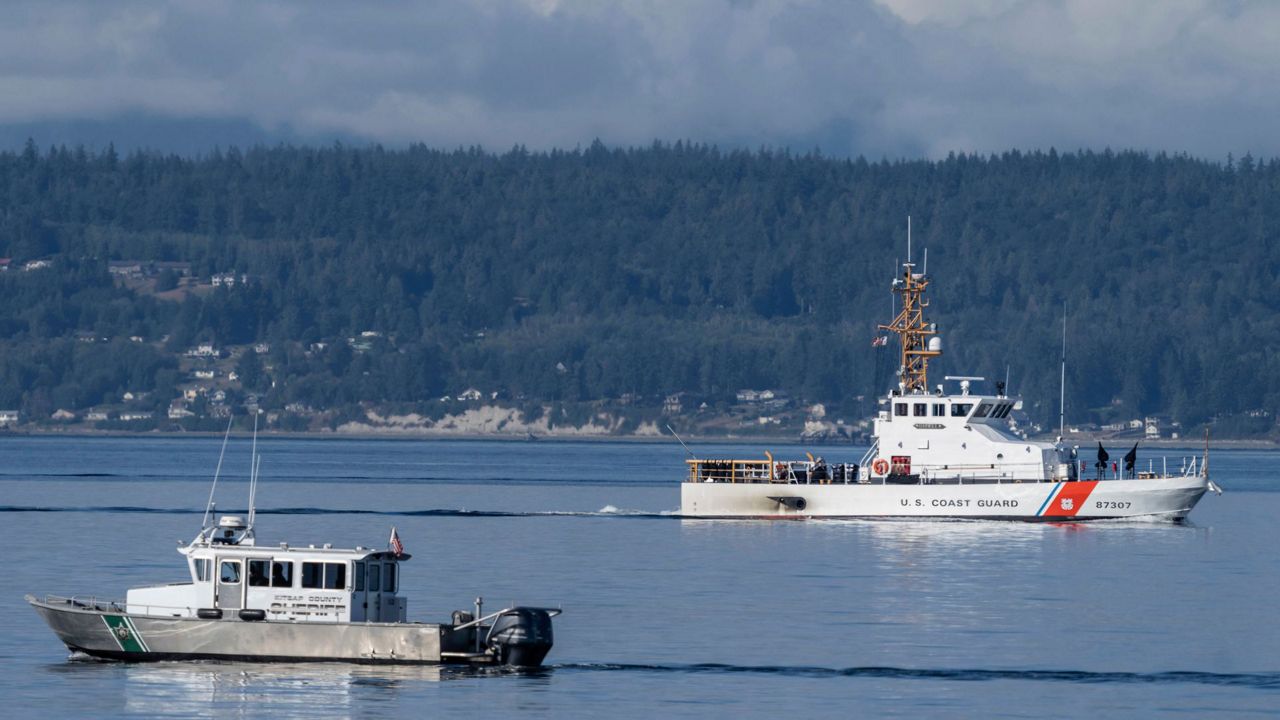 FILE - A U.S. Coast Guard boat and Kitsap, Wash., County Sheriff boat search the area, Sept. 5, 2022, near Freeland, Wash., on Whidbey Island north of Seattle where a floatplane crashed the day before, killing 10 people. The bodies of some of the victims and most of a floatplane have been recovered. Island County Emergency Management confirmed Thursday, Sept. 29, 2022, that multiple bodies were recovered, (AP Photo/Stephen Brashear, File)

SEATTLE (AP) — The bodies of some of the 10 victims and most of a floatplane that crashed in Washington state’s Puget Sound earlier this month have been recovered.

About 80% of the plane, including the engine, was recovered and brought to the surface using remotely operated vessels, National Transportation Safety Board Chair Jennifer Homendy said Thursday.

“The recovery operation for wreckage is going really well,” Homendy said, adding that crews of nearly two dozen NTSB, Navy, Island County sheriff and subcontractors have been working around the clock since Tuesday.

The Sept. 4 flight was traveling from San Juan Island to suburban Seattle when it crashed into the water.

Witnesses and first responders found only small pieces of possible debris, personal items and the body of Gabby Hanna, 29, of Seattle. It took officials more than a week and multiple types of sonar to find the plane because of the depth and current of the channel in Mutiny Bay.

Once the recovery is complete, the NTSB will lay the wreckage in a secure location and experts will comb through debris to find potential causes of the crash.

Determining the probable cause of the crash could take 12 to 24 months, officials have said.

NTSB officials released a preliminary report that noted the plane had undergone a routine examination done every 100 flight hours just three days before the incident, and had completed a flight earlier the same day.