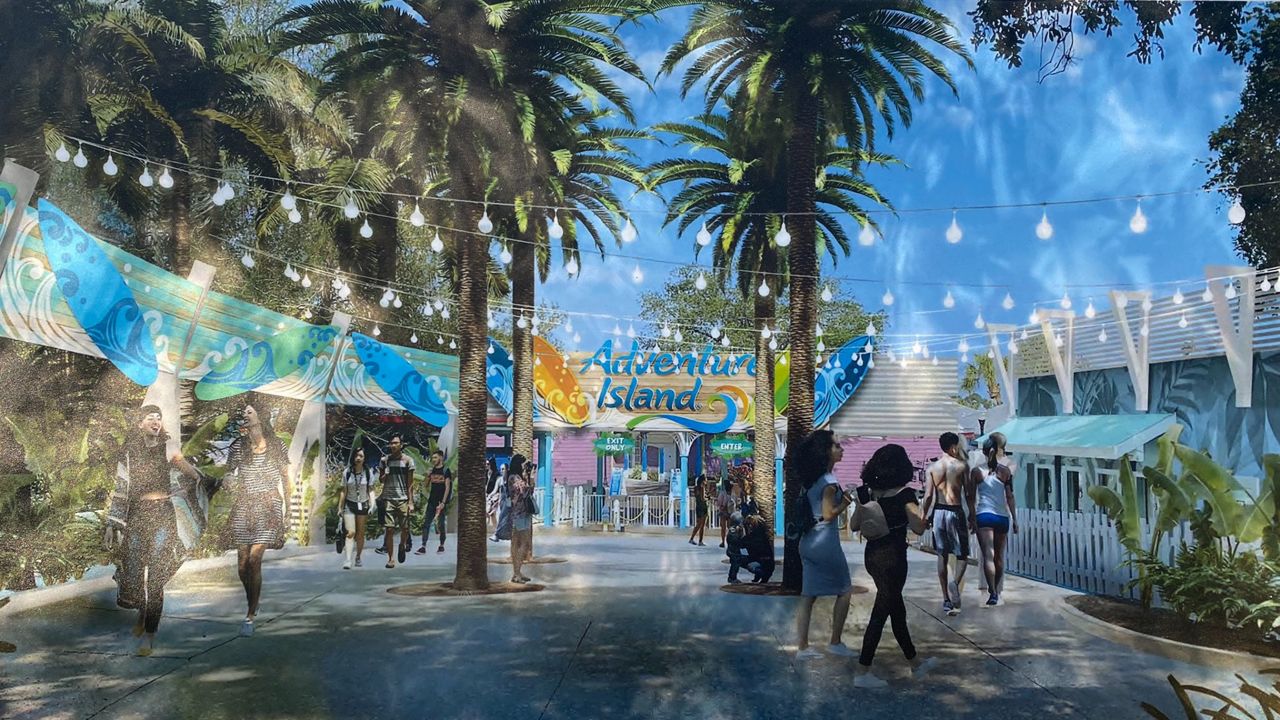 TAMPA, Fla. — Adventure Island, Busch Gardens Tampa Bay’s sister water park, is set to open for the season in a couple of months. And when it does, it will look a little different.


The water park is undergoing one of the biggest transformations in its 42-year history, with two attractions set to debut this spring along will several cosmetic upgrades.

Spectrum News' Attractions Insider was invited to a hard hat tour Thursday to learn about the changes already underway.

Just like SeaWorld’s other parks, Adventure Island is adding new attractions to its lineup. Rapids Racer and Wahoo Remix are set to debut in the spring. Riders will board two-person rafts and race side-by-side through nearly 600 feet of slide. Dueling elements — and there will be six — will let riders see how far ahead or how far behind they are compared to their opponents.

The attraction will also feature dueling saucer elements along the way.

Rapids Racer, with all its twists and turns, will be just over 30 seconds long.

Just steps away from Rapids Racer is Wahoo Remix, a revamp of the park’s former Wahoo Run attraction. The new and improved version will be outfitted with synchronized lights, sound and music.

“It’s really going to amplify that attraction into something new and fun for the family,” said Andrew Schaffer, design and engineering project manager for Adventure Island.

Both attractions are expected to open at the same time.

Also set to debut in the spring are the changes coming to the front of the park.

Adventure Island will soon have a modernized entrance complete with a large marquee sign that welcomes visitors to the park. More color and texture will be added to the area to give it more of an island feel. The area will also get hanging lights. ​Back inside the park, the main beach, one of the park’s most popular lounge areas, will also be updated. The area will have the same amount of seating, but natural shade and landscaping will be added to the area.

“Lots of space to take pictures, you can hang out on the signs. There’s going to be a lot of interactivity with it,” Thom said.

Adventure Island is set to open for the 2022 season on March 5.