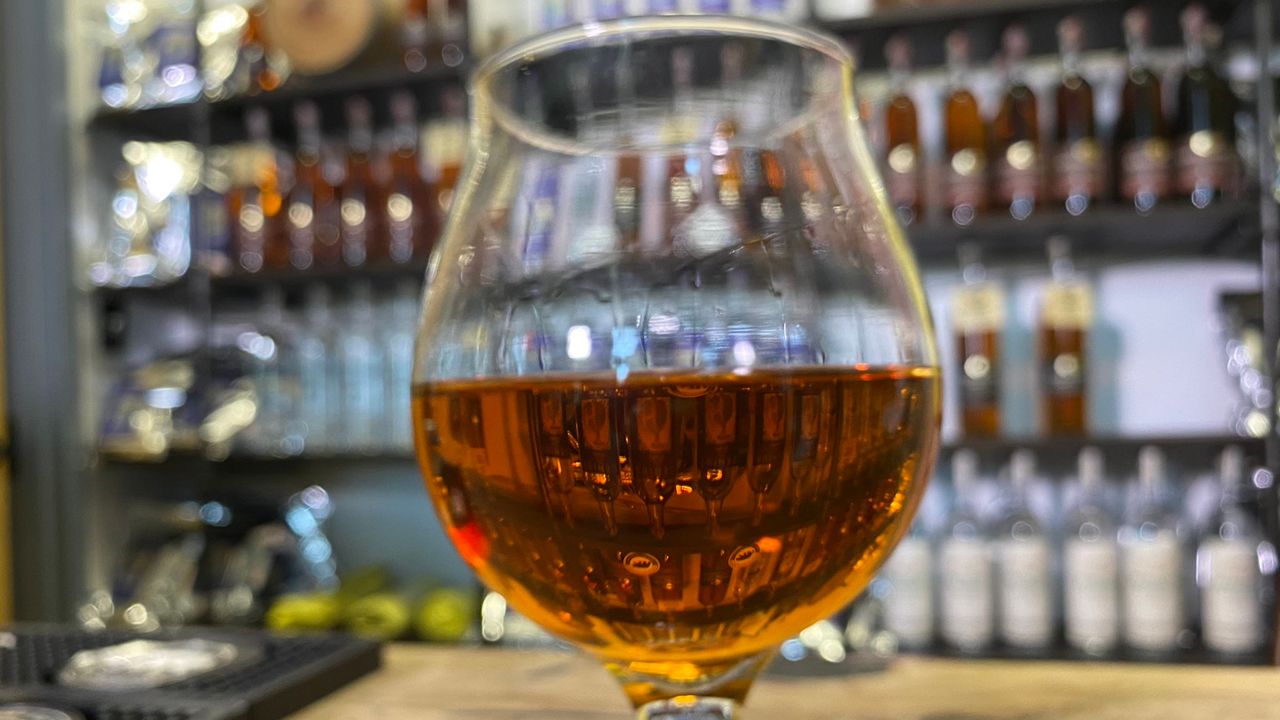 Senate Bill 46 and its companion bill in the House would repeal a rule which only allows distillers to sell six bottles, per label, per person, per year. (Spectrum News 13/Julie Gargotta)

For Florida craft distillers, new legislation on the horizon would lift some big hurdles they have long faced.

Senate Bill 46 and its companion bill in the House would repeal a rule which only allows distillers to sell six bottles, per label, per person, per year.

“It doesn’t seem like a lot, but from where we’ve come, it’s a long way," said Philip McDaniel, St. Augustine Distillery co-founder and CEO. “I think for the consumer and the entrepreneur, it’s going to be a really big deal. We’re extremely fortunate and very grateful. It’s been a seven-year battle to get to this point."

While 2020 was a rough year for many small businesses, distillers are used to facing challenges, from a federal excise tax in limbo last December, to years of tariff hikes due to U.S.-E.U. trade wars under the Trump administration.

“Perhaps we’re more passionate than we are smart in terms of the occupation we’ve chosen," said Paul Twyford with a laugh. "(I) didn’t realize when we got into distilling, we’d be stumping in the political realm.”

Twyford said that his distillery, which pivoted to making hand sanitizer to help out during the pandemic, did not sell liquor for months.

But, it can only operate through a window on one distinct side of his Brewstillery; a glass wall separates the bar space, which serves up Twyford's Bear and Peacock Brewing Co. beer, but no liquor.

“Some of the rules haven’t changed since the repeal of Prohibition," said Twyford.

“There’s a lot of handcuffs on us that, for example, Florida wineries and craft breweries can do, that we can’t. We’re hoping for some changes," said McDaniel.

One bill sponsor, State Sen. Travis Hutson, said it is about flexibility and allowing small businesses, like distilleries in St. Augustine and Winter Park, to prosper, as lawmakers put them "on par with the rest of the nation."

“Normally when you go to these distilleries, they have tasting rooms to taste their product. A small, little glass, like a sample," said Hutson, continuing, "If you like that, you can say, ‘Hey, make me an actual drink and I’ll pay you the five or six dollars that it costs to make that drink.’"

Hutson, who represents District 7 in St. Johns, Flagler and parts of Volusia counties, said that changes would also mean more choices for consumers.

“I think with this, within three years, you’ll see 100 to 150 distilleries," said McDaniel.

The distiller remembers being one of three or four in the state when he started, a decade ago.

Now there are around 40 licensed craft distillers in Florida.

“We’re keeping our fingers crossed and I think if we can get this across the finish line, this will be a game changer for a lot of craft distilleries," said Twyford in Winter Park.

Both bills have passed through committees and may soon head to the governor’s desk for signing.