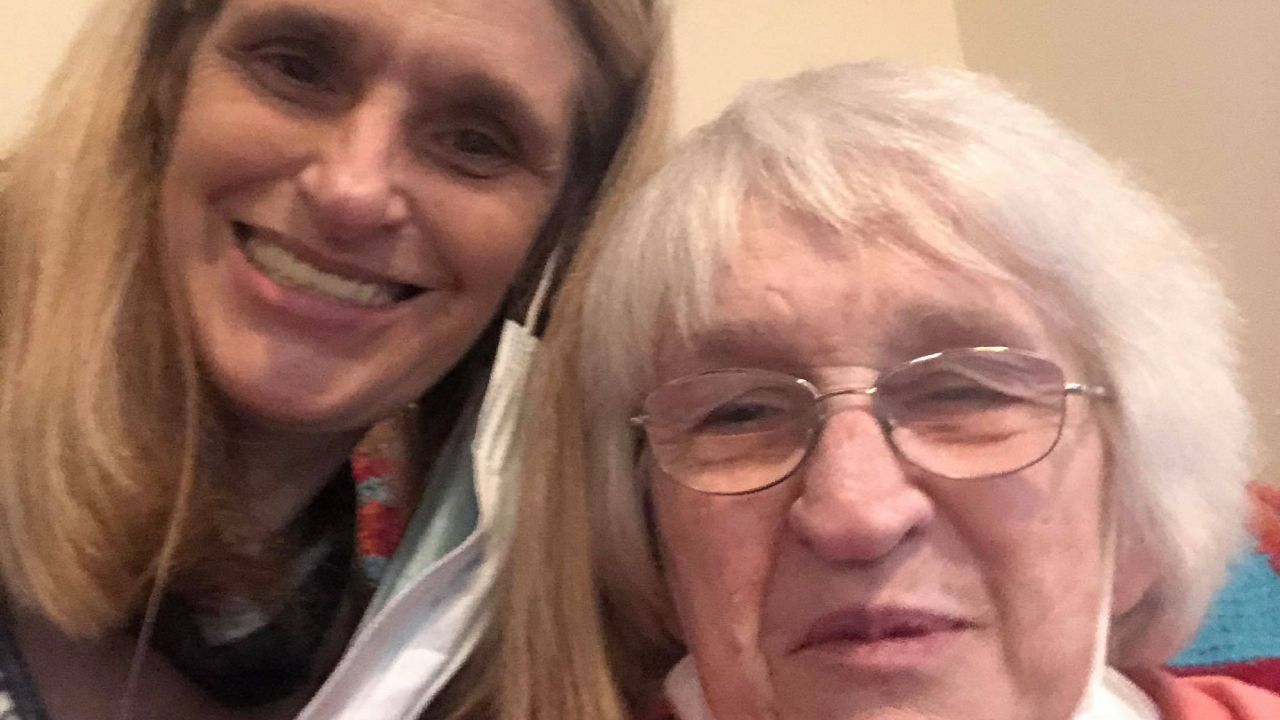 Kelly Dunn said she and her mother, Dorothy Whiting, are very close. Which is why she noticed right away something seemed off when she visited the 76-year-old at her assisted living facility.

A Hernando County woman is expressing gratitude after a visit to her mother’s assisted living facility revealed a potentially deadly medical condition just in time.


Kelly Dunn said she and her mother, Dorothy Whiting, are very close.  Which is why she noticed right away something seemed off when she visited the 76-year-old at her assisted living facility.

Dunn said Whiting is normally a social butterfly and very chatty.  She even has a column in the facility’s weekly newsletter and is full of light hearted jokes.

Dunn said her mother stayed positive throughout the lockdown and even after being hospitalized for COVID-19.  After about a month, Whiting was cleared to return to her facility.

But weeks later Dunn said noticed something was still wrong.

“Something in my gut told me there was no more waiting,” Dunn said.  “I couldn’t sleep the night before and there was no way I was going to sleep that night leaving her like that.”

Dunn called 911 and her mother was rushed to the hospital, where she was diagnosed with lactic acidosis.  Dunn said the doctors blame the medication Whiting was on to counter the side effects of steroids used to treat COVID-19.

“They said that she wouldn’t have made it through the night,” Dunn said. “They said she would’ve been in a coma shortly.”

Now Whiting is in recovering in rehab.  Dunn said she wanted to share her story, not out of anger or frustration, but because she is thankful she was allowed in to visit her mother.

Dunn said devoted family members can pick up on things staff might miss and advocate for their loved ones.

“I thank our governor. I know it was a tough decision for him and not everyone was for it,” Dunn said.  “But thank goodness he made those changes.” ​

Gov. Ron DeSantis signed off on the latest long-term care visitation order last month.  Families still receiving pushback from a facility are asked to contact AHCA and file a complaint.