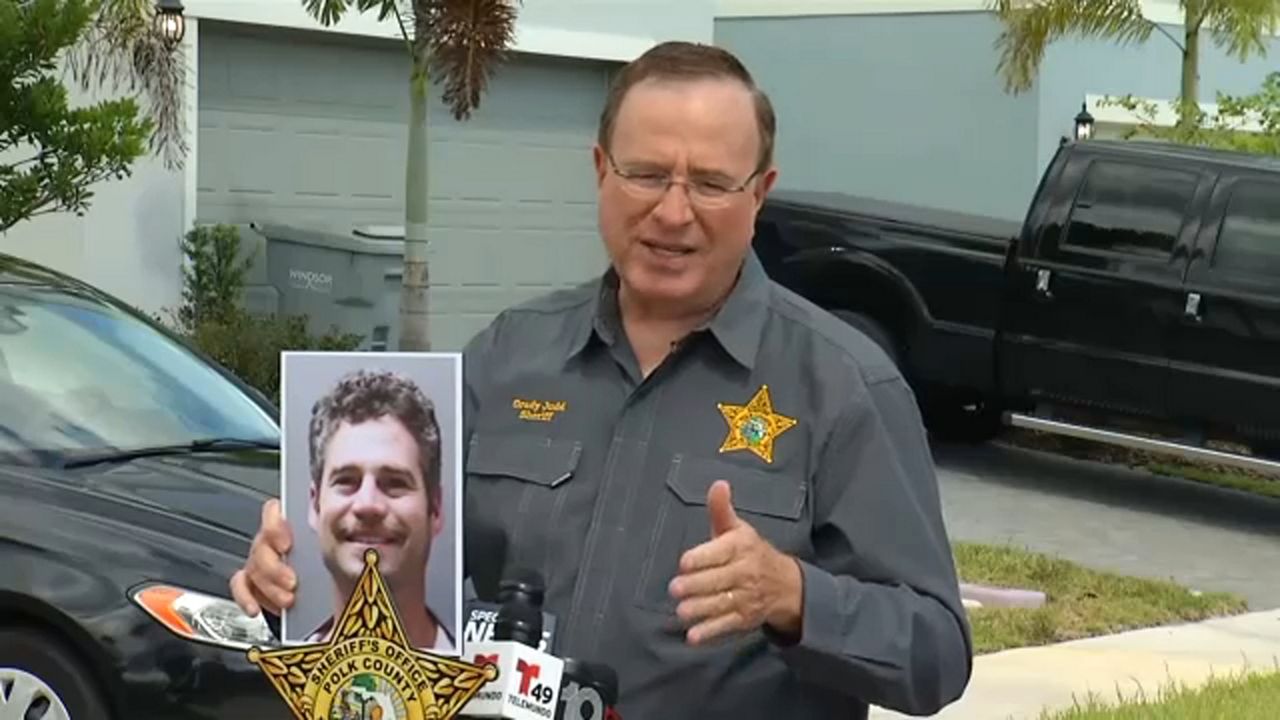 POLK COUNTY, Fla. — The Polk County Sheriff’s Office said an investigation is underway after a Pennsylvania electric company worker allegedly set out to kill his coworkers Saturday morning in Davenport.

Three people have died, with the third person succumbing to injuries Saturday night.


Sheriff Grady Judd said Shaun Runyon and his coworkers were in the county because they were working for Publix Corporation. Their company was identified as J & B Electric, Inc.

According to Sheriff Judd, Runyon — who is 39 years old — had not been seen since Friday, when he became angry with his supervisor. Runyon and his coworkers were staying in a rented house in the Windsor Island community while they were working in town.

Judd said the supervisor was under the impression that Runyon was on his way back to Pennsylvania, but a 911 call at about 9:45 a.m. Saturday proved otherwise.

“What we found out was Shaun returned to the neighborhood, went into the house with a baseball bat and a knife, and he stabbed and beat people inside the residence," Judd said.

The sheriff said there were seven people inside the home. Two were initially declared dead, with a third in critical condition. The third person died Saturday night, the Sheriff's Office said.

The four others are expected to be OK.

DEVELOPING: @PolkCoSheriff is investigating why Shaun Runyon was out to kill 7 people living in a house at the Windsor Island Resort in Davenport, leaving 2 dead.

Runyon was working here and the victims are believed to be his coworkers and their families.

Runyon left the scene, and Judd said that about two hours later, he went to a Lake Wales home with blood on his clothes and told people there he had been raped.

He was told to go to a Lake Wales hospital, and that is where authorities took him into custody.

Sheriff Judd said Runyon confessed to the crimes. He has been charged with three counts of first-degree murder.

Runyon has a prior criminal history that includes out of state charges of strangulation, endangering welfare of a child, terroristic threats, DUI and more.

In response to inquiries, this is Shaun Runyon (DOB 3-21-1982), the triple homicide suspect. He is in custody at this time. https://t.co/1qGP2POTpv pic.twitter.com/uaIoXWBL5Q

Residents living in this community say they are now afraid.

“We were gone and we came home to it and we were like ... my kids were terrified and, like, I don’t want to go home yet,” Mark Loewer told Spectrum Bay News 9’s Katya Guillaume.

The Windsor Island Resort is a new community in Polk County with a mix of permanent and vacation homes. Loewer said he moved to the area six months ago because it's quiet and close to Orlando, but his family is now contemplating their next move.

“We moved here because it was sold to us as a community property for families,” Loewer said. “It was a family property and now we are faced with a lot of police activity that makes us feel not quite so safe having all of our children here.”

He said he would like to see tighter security at the front gate. “We would like the HOA to have security all the time instead of just three or four nights a week. We would like them to actually check people’s ID’s at the gate because we are not getting that,” Loewer said.