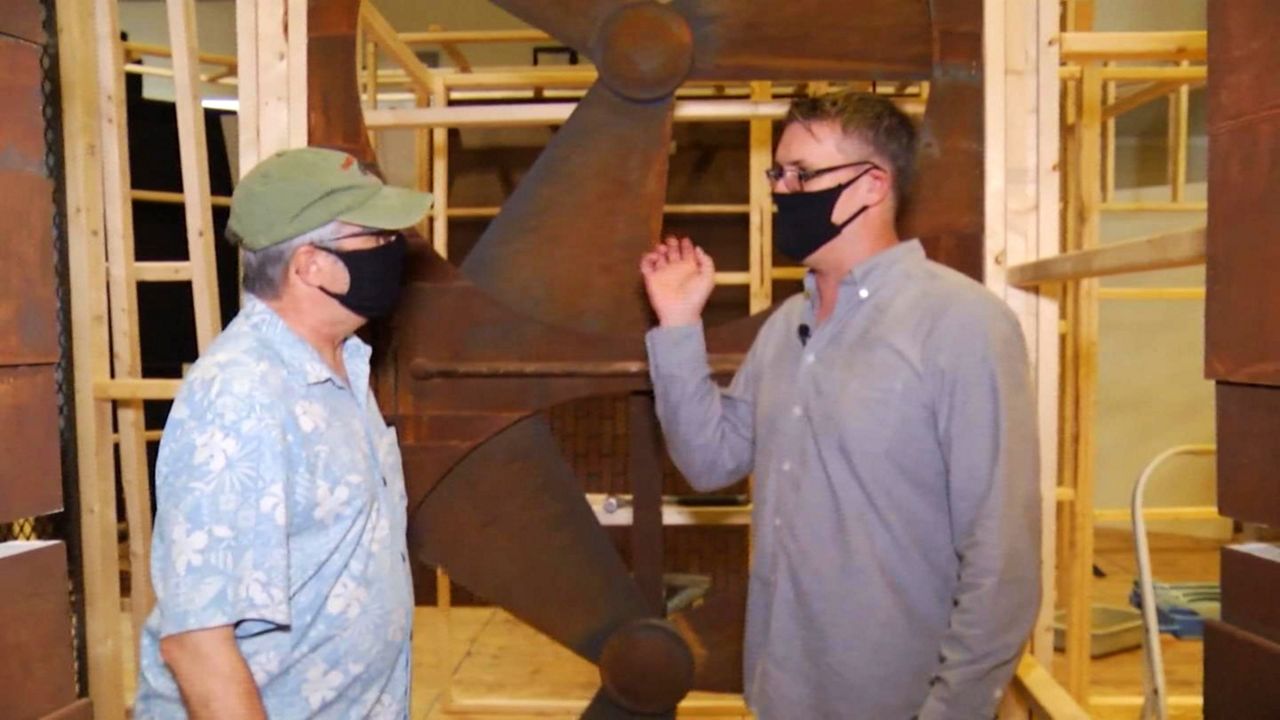 5 Things to Know About Orlando Forum of Fear

ORLANDO, Fla. — Halloween Horror Nights and other popular fall-time events are either scaled back or shut down this year because it's a very weird year. But, but, but… some of the masterminds behind your favorite haunts are pairing up for a first-of its-kind experience.

1.      The “Orlando Forum of Fear” (6362 International Dr, Orlando) is debuting Oct. 1, 2020. It's an all-new, original haunted maze called “Tunnel of the Damned.” Well gosh darn it, if you're going to produce a socially-distanced walk-through haunt, you might as well recruit legends from Universal Orlando Resort's Halloween Horror Nights.

2.      Patrick Braillard and Kim Gromoll are two guys that haunt fans have admired at HHN for years. “What people most likely know me for is Halloween Horror Nights,” Braillard said as I encouraged him to uncomfortably boast for a moment. Another proud accomplishment is, “Developing and creating and writing and directing the [entertainment] for Diagon Ally at the Wizarding World of Harry Potter.”

4.      “'Tunnel of the Damned' is going to be a 480 linear foot pathway of terrifying creatures,” Braillard added, as the duo walked us up, under, and through a loud and active construction zone at the Orlando Forum on I-Drive. The maze will change twice over the month-long run, encouraging visitors to come back for more scares again and again.

5.      Something that is almost unheard of in Central Florida is an honest-to-goodness séance dinner. Orlando Forum of Fear is launching a fall-time, four-course dinner for that experience created by two nationally-recognized and local celebs: Chef Chuck Cobb from Git-N-Messy (who appeared on Live with Kelly & Michael and our Chef's Kitchen segment) with Chef Trina Gregory-Propst of Se7en Bites Bakeshop creating the dessert.

Head to The Orlando Forum's Facebook page for details on the latest haunt.