And then there are puppet-driven shows and movies—think “Meet the Feebles” or “Avenue Q”—that are just for adults, that turn the innocence and nostalgia associated with the presence of puppets on their heads.

“Hand to God” is most definitely one of the latter.

The two-act play, written by Robert Askins and nominated for five Tony awards after playing on Broadway in 2015, opens Friday, February 26 at the Straz Center for the Performing Arts as resident company Jobsite Theater’s second production since returning to (socially distant) live performance. It’s a story of loss, frustrated expression and breakdowns in communication; these are all hallmarks of great theater—only this time, they’re presented via a profane, blackly comic script and a blasphemous hand puppet who may or may not be the Devil himself. 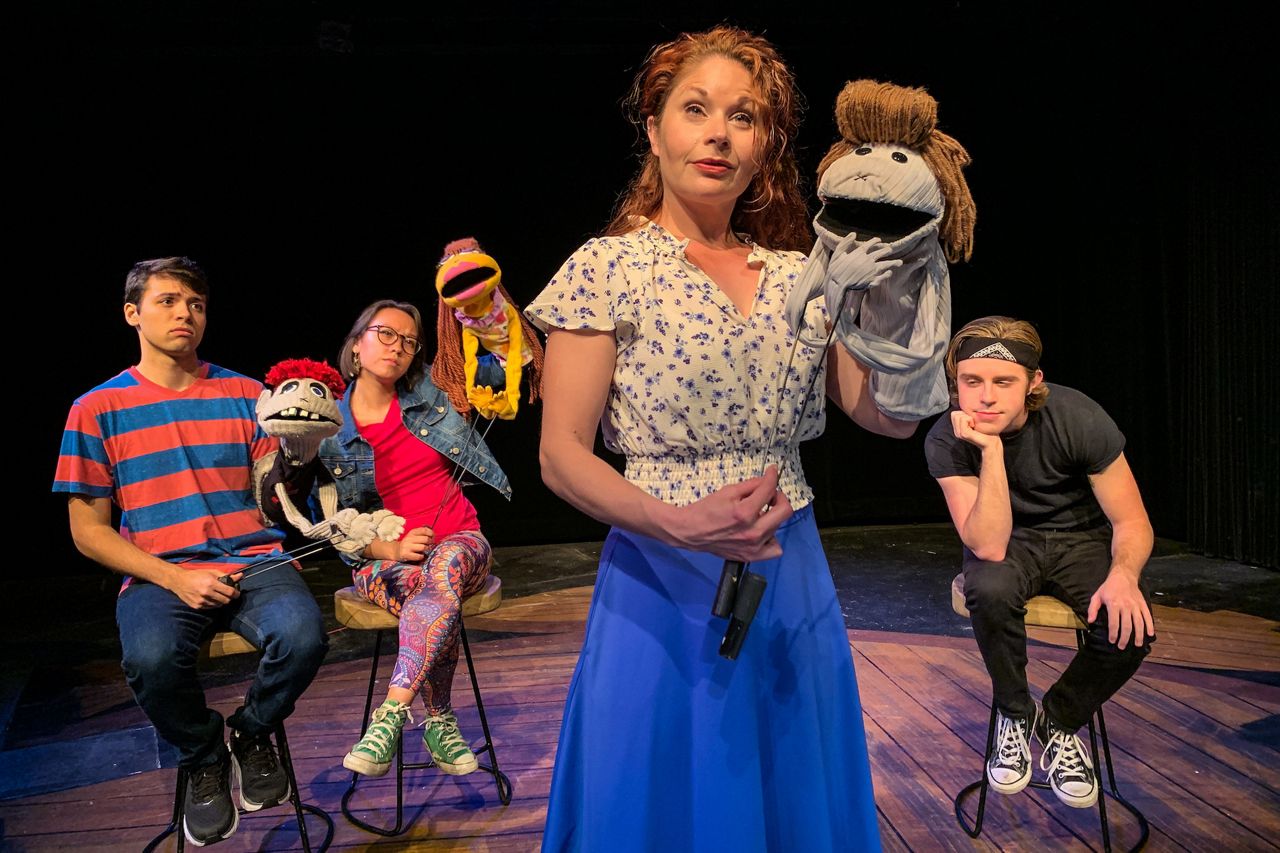 This puppet show is definitely not for children. (Image courtesy of Jobsite Theater)

After losing her husband to a heart attack, small-town Texan Margery immerses herself in her church, heading up a Christian Puppet Ministry for young teens and forcing her soft-spoken son Jason, from whom she’s become increasingly estranged, to participate. School bully Timothy and easygoing girl-next-door Jessica round out a group full of the typical (and some not-so-typical) post-adolescent insecurities and caste warfare.

It’s when Jason’s puppet Tyrone begins to exhibit a personality of his own—and when the dam holding back Margery’s grief finally cracks in a huge, irresponsible way—that things start going, pretty much literally, to hell. 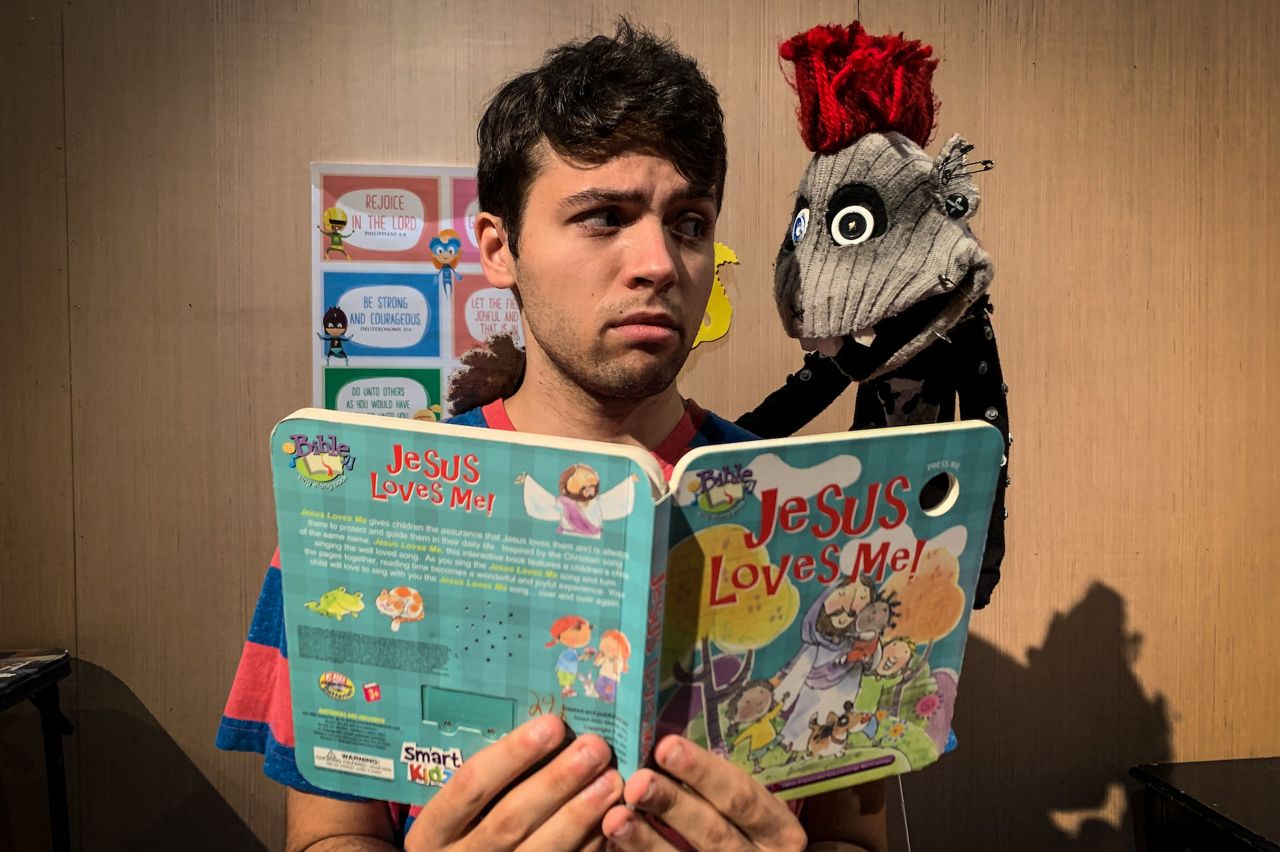 The play’s heavier themes are more than offset by plenty of jokes, and of course by puppets doing very un-puppet-like things. (Yes, there is puppet sex.) This is not a show for kids, or the easily offended; Askins’s script deliberately sets out to contrast the humanity of its themes with the all-too-often inhuman acts of people/puppets, while pushing the envelope of what some consider “acceptable” entertainment at the same time. 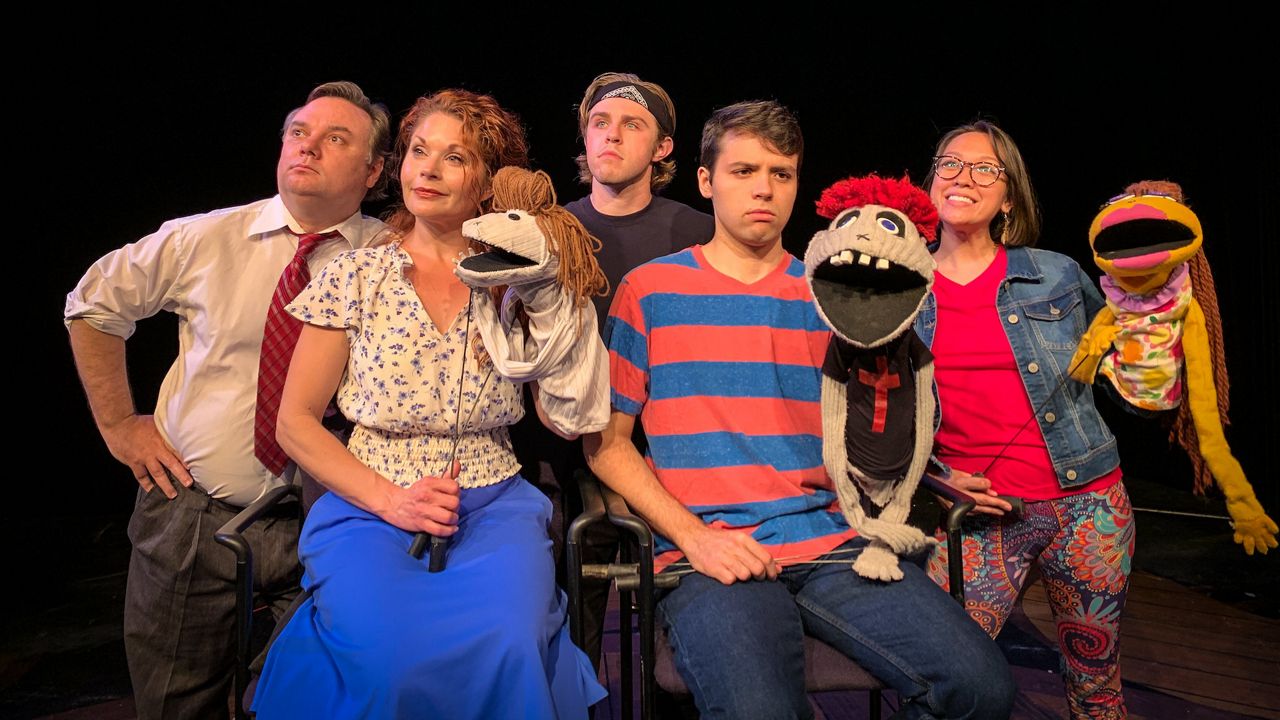 A preview performance Wednesday night found the cast in fine form during an energetic, fast-paced production. While Jobsite veteran Katrina Stevenson and troupe newcomer Kara Sotakoun shine as Margery and Jessica respectively, all turn in great performances. Jobsite head honcho David Jenkins directs, making clever use of a minimalist set by keeping the main action up front and peripheral scenes off to one side or the other, and the sound design is flat-out excellent, incorporating all the galloping heavy metal songs your parents forbade you from enjoying.

HAND TO GOD | A peek at Sunday tech from Jobsite Theater on Vimeo.

A side note: This theatergoer felt comfortable in the small-ish Jaeb Theater amid the Straz’s stringent COVID-19 protocols, which included temperature checks, mandatory masks at all times and plenty of social distancing. In fact, the Straz reopened with a seal of approval from Tampa General Hospital’s Prevention Response Outreach consultation service.