Tampa Bay Craft Beer Round Up: Black is Beautiful, Gulfport Brewery and More

TAMPA BAY, Fla. — Despite the pandemic, the Tampa Bay area continues to boast one of the most vibrant and active craft beer communities in the nation. Bay News 9’s Brews Dispatch checks in regularly to find out what’s happening with our local breweries, behind the bar and behind the scenes. Got any related news? Let us know.

Green Bench Brewing, Flying Boat Brewing Co., Hidden Springs Ale Works, Overflow Brewing, Tampa Beer Works and Cigar City Brewing are among the more than 1,100 craft breweries participating in the nationwide “Black is Beautiful” initiative. The initiative aims to heighten awareness of the injustices people of color face daily. Each brewery will create its own spin on a shared base stout recipe and use the same “Black is Beautiful” branded label, and donate sales proceeds to organizations that support police reform and legal defense funds.

Speaking of Tampa Beer Works, it’s one of the latest breweries to take it upon themselves to level the COVID-guidelines playing field and reopen by offering food alongside its beverages; the Falkenburg Road taproom is now selling grilled cheese sandwiches.

Speaking of open, Gulfport Brewery + Eatery has been fully open — at diminished capacity, of course — and serving up local beer and a full menu of eats since late June. Housed in a vintage beach bungalow, the taproom features eight taps, five of which feature the brewery’s own recipes, from a crisp golden ale to a heavy-duty Imperial stout. After a very extended development, build-out and permitting process, its grand opening was hampered by the coronavirus shutdown, but the brewery and taproom is bouncing back amid uncertain times. 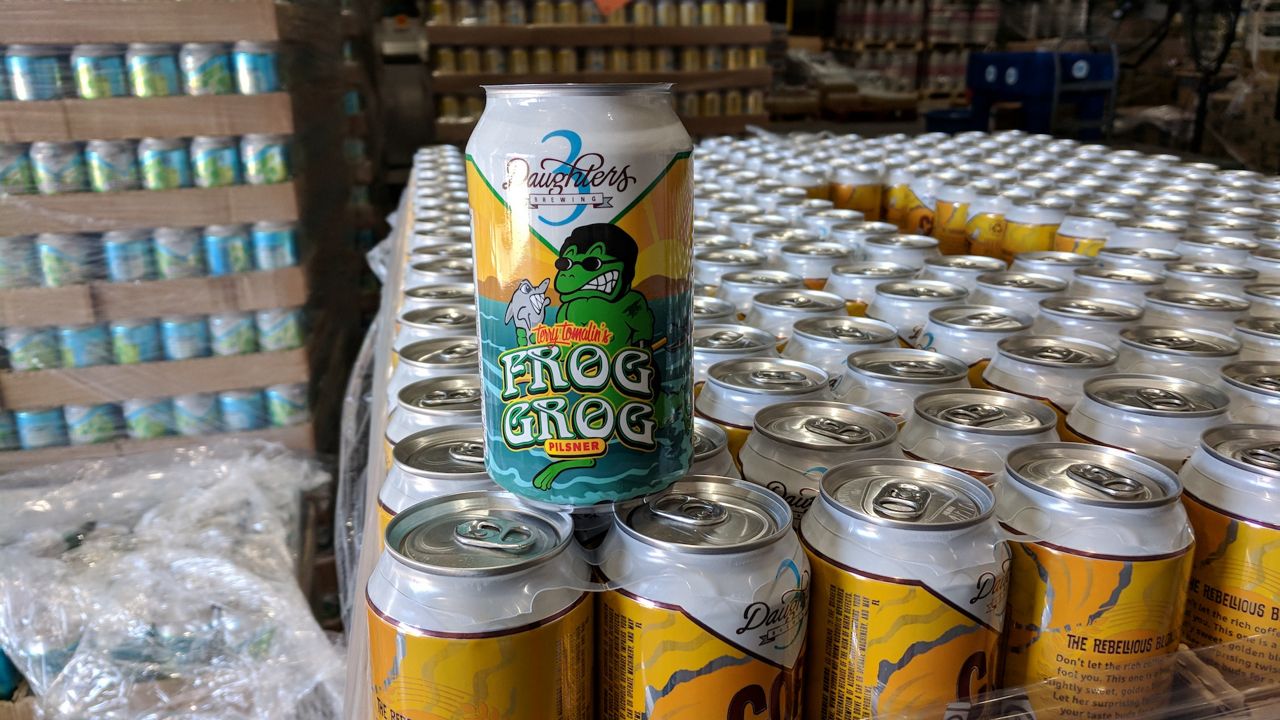 St. Pete brewery 3 Daughters just recently added a new Beverage Finder page to its website; now it’s even easier to find your favorite style from one of the most widely-distributed Pinellas brands. Just plug in which 3 Daughters product you’re looking for, your zip code and proximity preferences, and it’ll tell you where to get a cold one. You can even drill down into what kind of purveyor you’d prefer, be it a grocery store, convenience store, bar, restaurant, etc.

And finally, for the hardcore craft brew fans who follow the national scene news, the news that Dallas, Texas-based label Deep Ellum was suing craft collective CANarchy in a dispute over the latter’s deal to buy into the former may be troubling. CANarchy entered into a partnership with the aforementioned iconic Tampa brand Cigar City Brewing back in 2016, and some might be wondering if the current, ahem, brouhaha will affect that particular relationship. “I can’t comment on the case, but the case hasn’t affected CCB,” replied Cigar City founder Joey Redner when asked about the situation, though, so your Jai Alai IPAs are safe for now.