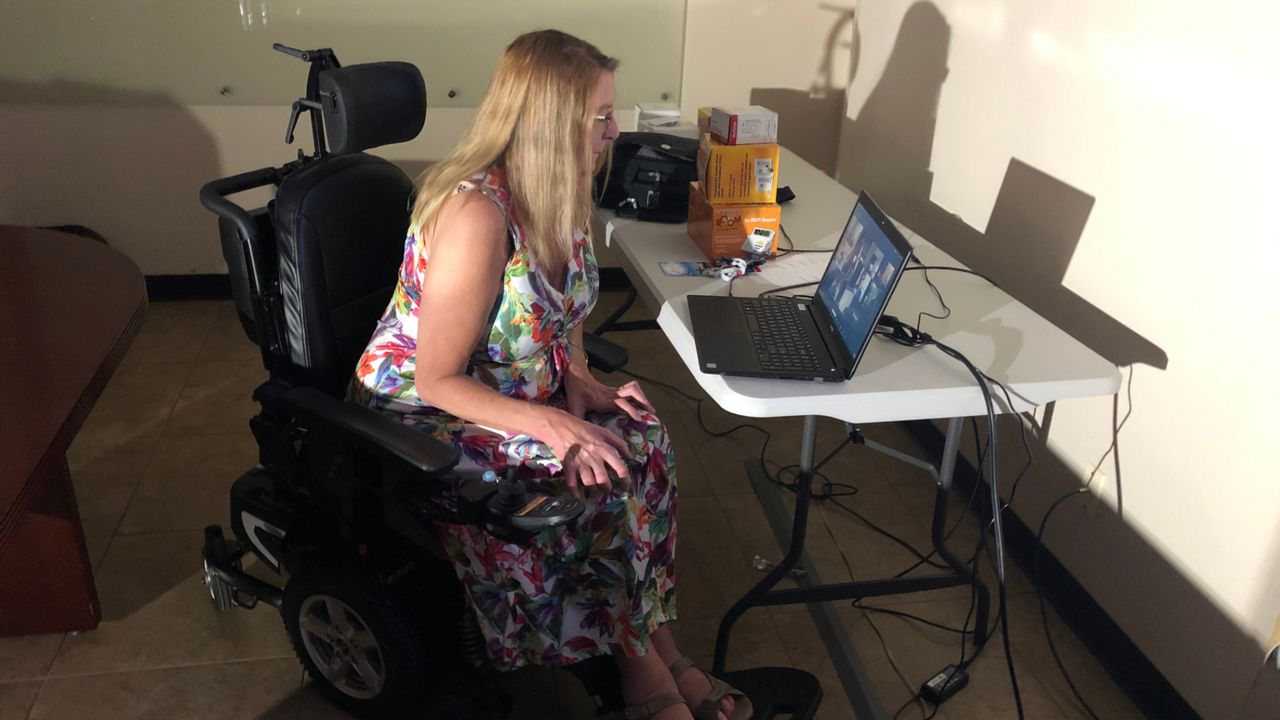 We sat down with Kim Dittman with the Disability Achievement Center for Independent Living to hear about her experience living with a disability and what the ADA means to her. (Jorja Roman/Spectrum Bay News 9)

Americans With Disabilities Act Turns 30; How Has It Affected Florida?

PINELLAS COUNTY, Fla. - On July 26, it will be 30 years since the Americans with Disabilities Act was signed by President George H.W. Bush. The ADA is a law that prohibits discrimination against individuals with disabilities.

When Dittman was 39 years old, she was diagnosed with Guillain-Barre Syndrome. She spent months in the ICU, fighting for her life.

“It rocked my world. I was definitely changed by a result of my disability. I didn’t know it was coming and had no reason to understand why it came,” said Dittman.

She says it rendered her totally paralyzed. She slowly gained her sight back, and the ability to talk and breathe on her own. She uses a wheelchair to get around and credits the ADA for the life she’s able to live.

“It allowed for not only employment accessibility and accommodations, but it also allowed me to have access into the community,” said Dittman.

Dittman says it’s important that we continue to raise awareness about the ADA. She says while across the country accessibility has improved over the years, in some places it's still an issue. Some smaller businesses can’t afford to install things like ramps.

The Disability Achievement Center for Independent Living helps broaden access for people in the community. To learn more about its mission, click here.

Important Moment in ADA's History; Its Future in Florida

The Disability Rights Education & Defense Fund wrote a history of the ADA shortly after its passage.

In the article, they said “the ADA owes its birthright not to any one person, or any few, but to the many thousands.”

It’s that part of the 1973 Rehabilitation Act that was made into federal law, which became the first regulation protecting people with disabilities.

But it was only implemented four years after its creation in 1977, had it not been for the pressure of nationwide sit-ins.

The San Francisco protest lasting almost a month is still the longest continuous occupation of a federal building to date.

State Senator Lauren Book, who chairs the Committee on Children, Families and Elder Affairs, said it's a work in progress.

"This is a milestone that is so huge, no one is talking about what a big time this is for this community and how we can continue to break barriers down," Sen. Book said.

Some of the legislative work currently in Florida involves a 2017 law that allows the use of service animals in courtrooms for children with disabilities.

There are two bills that are waiting debate.

The other is a transportation expansion for students with disabilities across county lines.

Senator Book said the pandemic has made an uphill battle more challenging for people with disabilities.

But she added it's also opened new opportunities to expand virtual and distance communications that are also helpful.