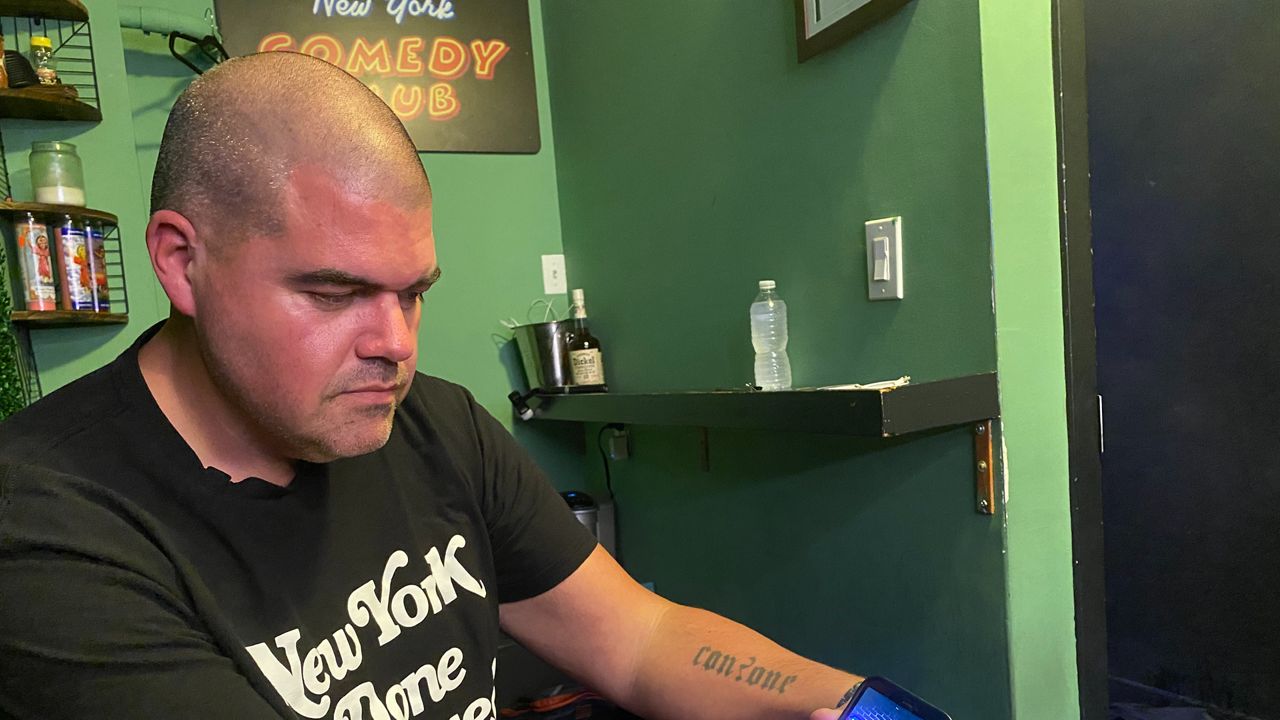 Michael Brigante is a comedian who works an unorthodox schedule and is one of many New Yorkers struggling to find reliable child care. (NY1/Justine Re)

How parents are adjusting to a shrinking child care workforce

The crowds and energy of a live audience keep stand-up comedian Michael Brigante coming back time after time to perform at New York Comedy Club.

“It’s a dynamic schedule. It doesn’t have a locked in thing about it,” Brigante said.

But in order for the comedian to balance work and home life, someone needs to watch his 10-year-old son Mikey.

“Right now me and his mom have a good system. We make our own schedules. We always piggyback there is always someone with him,” Brigante said.

The comedian is in the process of looking for child care. He had to fire his last nanny, in part, because her references ended up being fake.

The Center for the Study of Child Care Employment reports less than 3,000 child care jobs were added across the country in August, limiting the options for parents.

After reading a post and seeing a video about another bad nanny Liza Maltz, a doula by trade and mom herself, started a business called Have A Nanny, Need a Nanny. It’s a website that connects parents with reliable child care.

“I’m meeting the need of parents,” Maltz said. “And I am also creating a sense of community.”

There are no actual nannies in the group posting for work. Instead, their former employers recommend and refer a nanny to other families.

“It restored my faith in humanity that people want to find their nannies new jobs,” Maltz said.

Maltz started the service three and a half years ago and there are several protocols in place to keep her more than 8,500 clients as safe as possible.

Families can subscribe for up to a year for under $100 and then are vetted in order to join.

“Right now it is a bit of process to join but I like it because it adds that extra layer of security,” Maltz said, adding families need to match their credit card information to their Facebook profile.

Security is top of mind for Brigante as he searches for someone to help his family.

“The top of my list right now is finding someone who I can trust,” Brigante said. Someone I can actually trust with my home, my property, my son.”