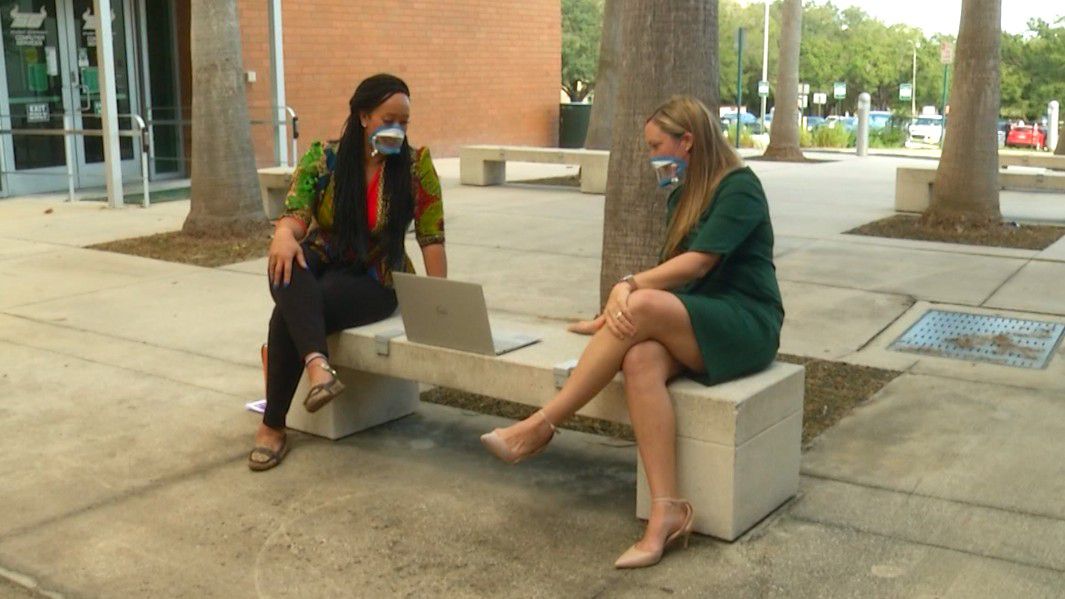 Justice for All: Mental Health in the Black Community

Mental health and mental illness is something many are dealing with right now, but we found that in the Black community, seeking help isn’t as cut and dry as it may seem.


Mental health experts look to deadly events like the death of George Floyd or Eric Garner, recorded on cell phones and seen all over the world. It’s those kinds of images that has many asking how Black people are impacted by seeing those images over and over again.

Natasha A. Pierre with the Hillsborough Chapter of the National Alliance on Mental Illness, also known as NAMI, said those videos are often a disservice to the Black community.

“When you have something that is documented and is shared repeatedly in the media such as a murder, such as someone being killed, a response to the behavioral health call,” Pierre said. “I think we all need to recognize that there is a emotional and a psychological toll that’s seeing those images and that video repeatedly can have on everyone in the community and are we really doing ourselves a service by showing it?”

Pierre said trauma and mental health in the Black community is a lot deeper than those images show.

“There’s the post-traumatic stress and then there’s complex post-traumatic stress and then there’s just stress,” said Pierre. “A large portion of what many Black people are feeling and experiencing in the United States in my opinion is stress. It’s not post because many of the conditions that caused the stress in the first place are still in existence.”

That’s part of the study the University of South Florida’s research program is looking to find out more about. The research project is partnered with the stigma change program called This Is My Brave, to help tell the real stories of trauma and mental illness in the Black community.

One of the project’s researchers, USF Mental Health Law and Policy Associate Professor Kyaien Conner, said they wanted to use story telling because story telling is a part of the Black and African American history experience.

“Story telling really has been a corner stone of information sharing in the African American community for as long as we could think about history. Even when we think about the continent of Africa. We didn’t traditionally write things down in history books or textbooks,” she said.

Conner explained what this project planned to address with the help of people sharing their stories in what they’re calling, This Is My Brave: Stories from the Black Community.

“Our goal to use this unique time in our history to partner with This Is My Brave, to share the stories of black and brown people in the United States who have experienced mental illness, who have experienced addiction, who have gone to treatment and who can share their stories of hope and recovery with the goal of reducing stigma, with the goal of creating additional conversations,” she said.

According to data from NAMI, a little more than 19 percent of white adults live with a mental health condition compared to more than 18 percent of Black adults. But when you look at treatment over a four year period the numbers for black people seeking treatment are half that of their white counterparts. Which could be because of poorer quality of care, less access to treatment and racism. USF researchers are hoping their study will get to the root of that too.

Kristin Kosyluk, USF Mental Health Law and Policy Associate Professor and researcher on the This is My Brave: Stories in the Black Community, said they’re hoping to this project will get rid of some of those stigmas and save lives.

"Right now we know that people do not seek treatment as a result of the stigma surrounding mental illness, and when that happens we see really serious consequences. The longer somebody goes without treatment, the more likely they are to develop a disability as a result,” Kosyluk said.

Mental health is an important initiative especially for students attending the school.

“What I think is exciting is there are a lot of students, Black students here at USF who are for the first time sadly hearing stories from people who have lots of shared experiences with them about mental health stigma but also recovery and hope,” Kosyluk said.

“One thing we want to document is kind of two fold. And that is, how do white Americans respond to hearing these stories from the black community. We would hope there would be a decrease in racism as a result of witnessing these stories,” she said.

The study will also look at the role religion plays with Black people and mental health. It’s a role Pierre says shouldn’t be ignored.

“The reality is that there are many people having a tough time. And where does faith end and therapy or medications begin is up to the individual and their support, their support circle,” Pierre said.

NAMI is working with faith leaders in the community providing them with the resources they need to help their parishioners.

As for the study, USF plans to air This Is My Brave: Stories from the Black Community documentary on Monday, January 18, which is Martin Luther King Day. They will air the second portion on February 1, at the start of Black History Month.