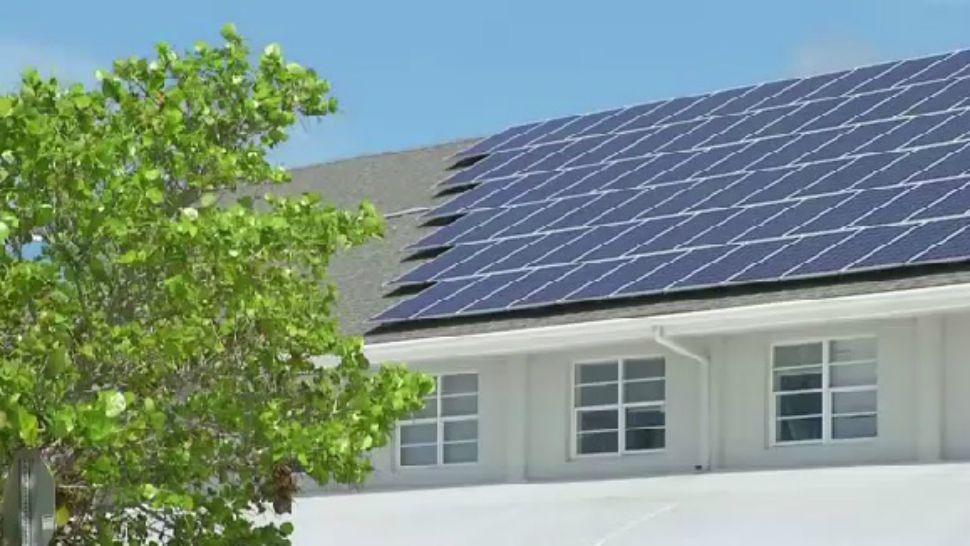 The panels are being bought in bulk from a group instead of a single homeowner. That's how the program gets these major discounts.

SARASOTA, Fla. -- Solar power has been called the energy of the future.

A local non-profit is doing its part to make it more affordable for those who want in on the action. It's called Solar United Neighbors.

Lynn Nilssen was one of 69 people who went solar with the Sarasota co-op program.

"The cost of solar has come down so much that it is within range for most homeowners to actually put solar on their homes," Nilssen said.

Julia Herbst, the co-op coordinator, said it is free to join, there is obligation to go solar with its installer and there are information sessions available.

Nilssen's panels were installed six months ago and have already stored more energy than the homeowners could use. That means potential money going right back into their pockets.

"With net metering in the state of Florida, any excess energy you produce, you get paid back about 90 percent of the rate, the retail rate for that energy," Nilssen said. "So we may even see a check at the end of the year."

The cost-per-home installation will differ. But since the panels are being bought in bulk from a group instead of a single homeowner, that's how the program gets these major discounts.

Solar United Neighbors will be holding three informational sessions for those interested in solar. The first is scheduled for June 5 at 6 p.m. at Selby Public Library.