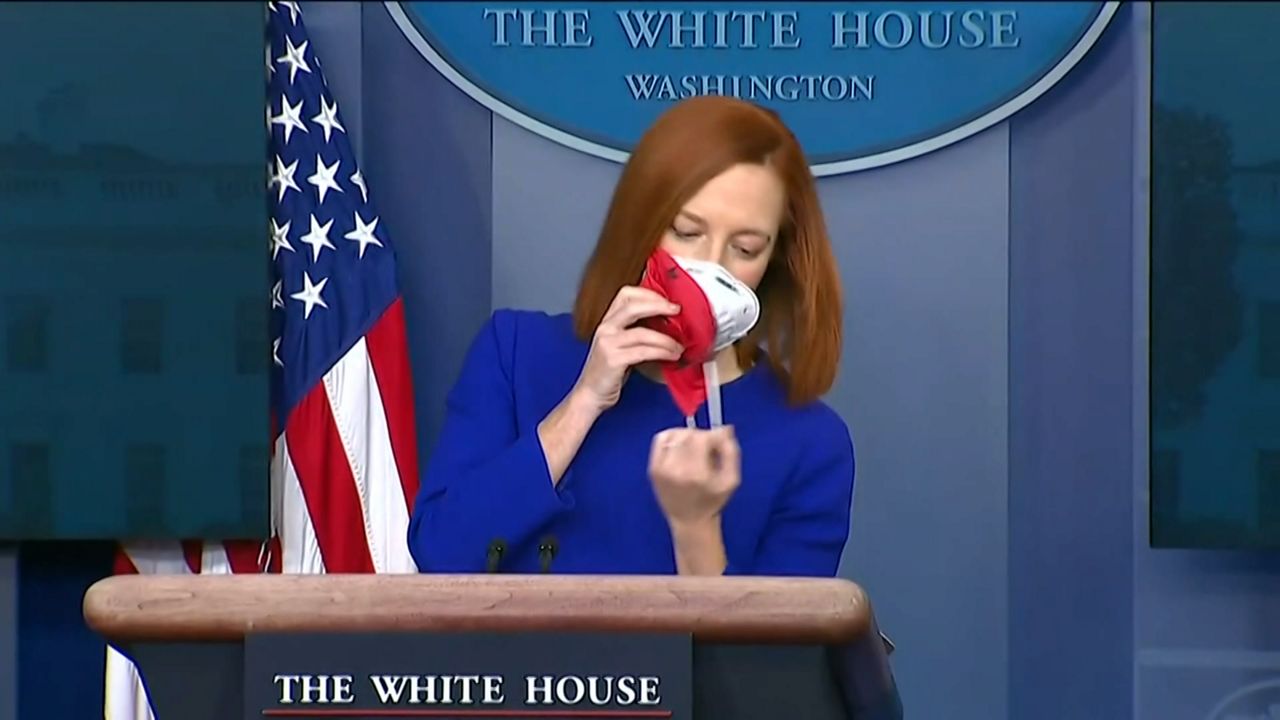 Are Two Masks Better Than One?

Recent events have left some questioning if they should be wearing two masks instead of one, or if there should be a specification for the masks being worn.

Starting Monday, the Austrian government is requiring all residents to wear N95s in retail shops and supermarkets, and on public transportation. It says cotton and cloth masks are not sufficient.

The idea of double masking really became apparent during the events from Washington this week. Some political officials were doing it, like former presidential candidate Pete Buttigieg. White House Press Secretary Jen Psaki also doubled up at her first media conference.

A New York Times report last week suggested that having everyone use N95s would be a good idea. They are designed to block 95% of small particles.

Dr. Jake Deutsch, an emergency medicine physician and chief medical officer of CURE Urgent Care New York City, told NY1 that if you don’t have a mask like an N95, a second layer is always helpful.

“Having a less favorable mask, maybe just a surgical mask or something that you’ve made at home, putting a second layer or barrier as an extra layer of protection is never a bad thing,” Deutsch said.

“We want to make the air move in a pattern that’s sort of undulating and twisting and turning to block particles, and the finer the grade of the material, the less likely the particles we’re worried about of virus are going to travel through, and then having two layers is going to just be like a second layer of protection in order to prevent that transmission,” he continued.

Deutsch also said that regardless of how many masks one wears, it’s how they’re worn that’s important, like ensuring the nose is covered.

“When it comes to masking it’s only as good as the level of protection that you have, and whether you are using something sophisticated like an N95 or just a piece of cloth, it really is about how you’re using it and the circumstances in which you allow that barrier to work,” he said.

Unmasking properly is also important. Deutsch said that masks should be removed from the side, not from the nose down, to avoid exposing any possible particles of virus from the mask onto the face.

He also said cloth masks should be washed every day and fit properly.