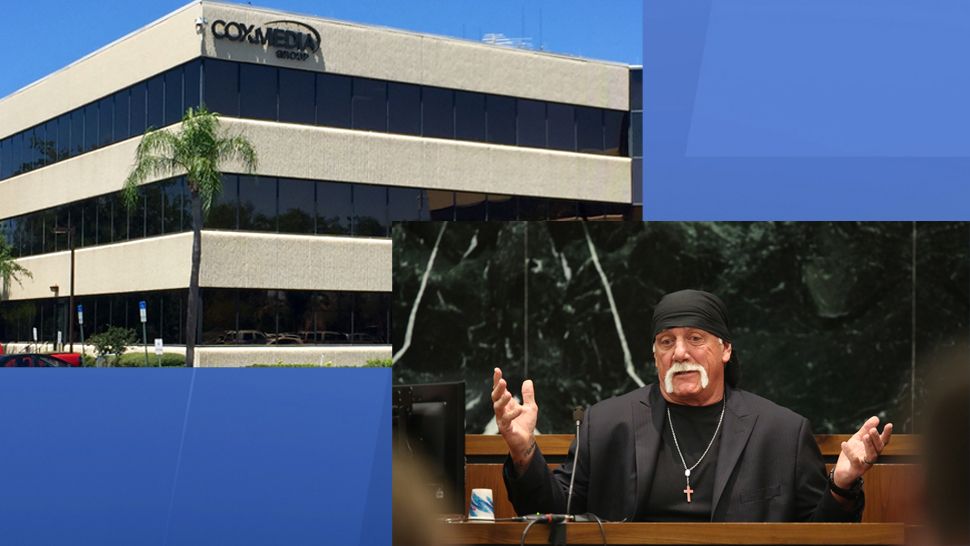 PINELLAS COUNTY, Fla. — A Pinellas County judge ruled this week that more than three years’ worth of Mike “Cowhead” Calta’s phone call logs, along with Matt “Spiceboy” Loyd and two other defendants named in the lawsuit, will be turned over directly from their cellular provider to Hulk Hogan’s attorneys.

"The defendants… engaged in a conspiracy with one another over the course of that period of time,” said Hogan’s attorney, Shane Vogt. “Which included repeatedly exploiting and using illegally recorded video tape … Which they leaked to various media outlets at different times."

Vogt believes the communications between the defendants will produce evidence that’ll help establish a conspiracy. Vogt said during the period of time, from March of 2012, through July of 2015, the defendants conspired to leak secretly recorded video and information of Hogan having sex with Bubba Clem’s wife at the time, Heather Cole, to The Dirty, TMZ, Gawker and the National Enquirer.

The most damaging leak was the National Enquirer story that was published in July of 2015, that reported Hogan using the ‘N-word’ to refer to black people, according to court records. Hogan quickly made a public apology but the damage was done.

“It destroyed this man’s life and his career,” Vogt said. “All of his contracts were immediately terminated. He was erased from the WWE Hall of Fame.”

In 2016, Hogan put Gawker out of business after a jury awarded him a $140 million in damages for a less than two minute portion of the sex video the tabloid website published. Gawker declared bankruptcy and Hogan agreed to resolve his judgment for $31 million, according to court records.

In May of 2016, Hogan filed a lawsuit against the people and companies he believed played a role in leaking the sex video. The defendants are Cox Radio, Mike Calta, Matt “Spiceboy” Loyd, his wife, Tasha Carrega, their friend Lori Burbridge, attorney Keith Davidson, Tony Burton and Don Buchwald & Associates. According to the court docket, the case against Burton and Don Buchwald & Associates was later dropped.

According to the complaint, in 2007, Clem secretly recorded Hogan having sex with his wife from a hidden camera in his bedroom, which was disguised as a motion detector and hidden above some cabinets. A few years later, Bubba was going through a nasty divorce and moved the Cole DVDs from his home to his studio office.

Loyd was working for Bubba’s show on 102.5 The Bone at the time and when they moved to a new studio, he had access to the Cole DVDs, according to the complaint. Court records state that in or about December 2011 through January 2012, Loyd stole the Cole DVDs from Bubba’s office; after which copies of DVDs containing footage began circulating amongst Cox employees and agents, according to a law enforcement investigation.

In March of 2012, Bubba, Calta and Loyd were all working for Cox at 102.5 The Bone. FBI and TPD investigations later confirmed that Loyd admitted to leaking information about the “Hogan Sex Tape” to TMZ in early March of 2012 and screen shots of the video to The Dirty on April 19, 2012, according to the complaint. That same day in April, Cox promoted Loyd to his own radio show, according to court records.

Calta was aware of the “Hogan Sex Tape” in March 2012 and considered talking about the DVDs on air, according to the complaint. According to the records, Calta asked his agent, Burton, to anonymously mail a portion of the DVD to A.J. Daulerio, then Editor-in-Chief of Gawker.

According to the complaint, Burton emailed Daulerio that he had “a client that has a very significant DVD they want to send you,” Burton’s “client” was Calta. On October 2, 2012, Burton even followed up with Daulerio to make sure that he received the 30 minute video, according to the records.

Burton also knew and understood that Calta had animosity against Bubba and Hogan, that they had a “radio war,” and that Bubba needed to be fired to further Calta’s career, according the complaint.

Later that year, Loyd contacted Los Angeles attorney Keith Davidson about selling the footage back to Hogan, according to the records. Loyd, Carrega, Burbridge and Davidson are accused of orchestrating a “settlement agreement” with Hogan to exchange three DVDs for $300,000.

In December 2012, the FBI set up a sting operation at a hotel in Clearwater Beach where Davidson and Burbridge, acting at the behest of and in concert with Loyd and Carrega, met Hogan and his attorney to turn over what they represented were all the copies of the surreptitious footage, according to the complaint. None of the defendants were ever criminally charged.

The last sex video leak was to the National Enquirer in 2015 and Vogt told the judge the shock jocks were using Hogan as a pawn to seek revenge on Bubba in their radio wars.

“Every time that there was a major event involving these gentlemen, where they needed some sort of press being out there or they needed leverage put on particularly Mr. Clem, they would release excerpts of this videotape,” Vogt said. “First to TMZ in March of 2012, then to the Gawker in October of 2012 and then to the Enquirer in June of 2015.”

Calta’s attorney, Eric Matheney, told the judge he disputes the allegations and his client should not be associated with the other defendants.

“What they like to do is impermissibly lump all the defendants together and just say, ‘Well, Mr. Calta is somehow involved,’ but they haven’t alleged it,” said Matheney. “Try to assert to the court that there’s this conspiracy and all of them are involved.”

“Mr. Vogt wants to know whether Mr. Loyd has spoken to TMZ 38 times in 2012? Sure, he has. That was part of his job. He part of the media,” said Barfield. “Did he talk to Mike Calta? Sure, they were friends. They’ve known each other for a long time.”

Judge Cynthia Newton made that ruling on Monday, in the lawsuit Hogan filed to punish the alleged leakers of the secretly recorded video that shows the wrestler having sex with Bubba Clem’s wife at the time.

Newton further ruled on Monday that text messages from March of 2012, through end of that year and January of 2015 to July of 2015, will first go to the defendants’ attorneys and they will identify which messages are privileged in a log. The texts that aren’t privileged and fall under the sex video leak category, must also be turned over to Hogan’s attorneys.

"The procedure is that all of that data will go to the defense directly,” Newton said. “Then the defense will respond to the discovery request by producing what is responsive to the categories.”

The judge gave the defense attorneys 45 days to turn over the texts after they receive them from the cellular provider. Spectrum Bay News 9 requested interviews with the defendants but they either declined or did not respond.