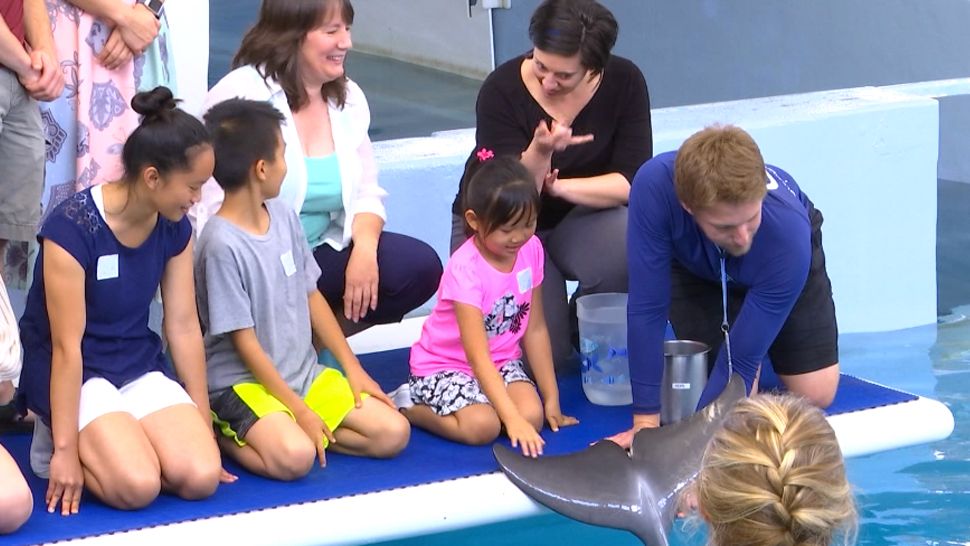 Parent Denise Huot adopted Ru, Kai and Tao from China. They had the opportunity to meet all of their favorite "Dolphin Tale" characters during a surprise trip to the aquarium.

"They didn't know half of what was going to happen today," said Huot.

The stars, for their part, were happy to take part in delighting their fans.

"It's just so special to see the impact this movie has had on so many people," said Cozi Zuehlsdorff, who played "Hazel" in the original 2011 film and its 2014 sequel, "Dolphin Tale 2."

"We've really developed a family here, and every time we visit we add members to the family," said Nathan Gamble, who played "Sawyer" in the two films.

Austin Highsmith, who played "Phoebe" in both films, was also on hand to surprise the trio.

Huot told us her kids relate to the dolphins' struggles. Ru had heart surgery as a baby, while Kai and Tao are both deaf.

"They've all done well and came out on the other side," said Huot.

The actors will be at Clearwater Marine Aquarium meeting guests through June 7. For more information, visit the Aquarium's Event page.