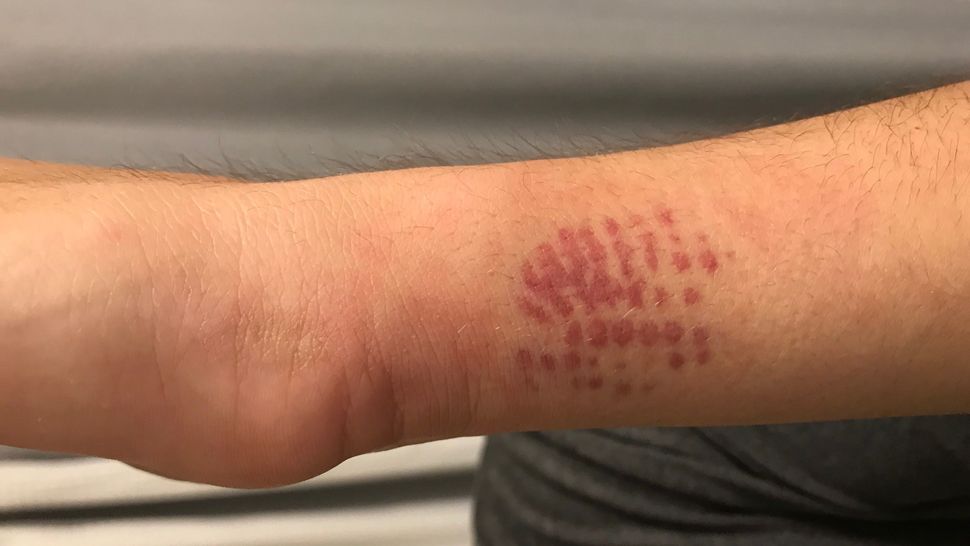 1 of 2
Days after his encounter with the venomous southern flannel moth, Logan Pergola still has the marks on his arm showing where he came in contact with it. (Photo courtesy Andrea Pergola) 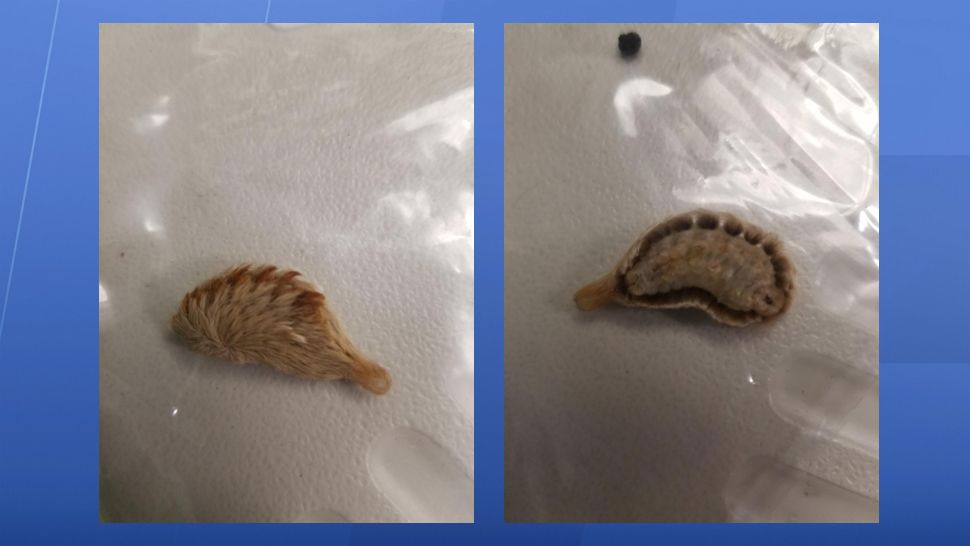 2 of 2
Logan's mother, Andrea Pergola, provided these images of the southern flannel moth that Logan brushed against with his arm. These insects often make their homes in oak and elm trees.

A Land O’ Lakes teen is recovering after being infected by something you may not expect: a caterpillar.

A day of doing volunteer yard work on June 16 turned ugly when Logan Pergola’s arm brushed by an oak tree.

“It just hurt like a small scratch," Logan told us. "Then all of the sudden, my arm went numb and I felt a burning pain."

He looked down and saw a unlikely culprit: a small, furry caterpillar, later identified as a southern flannel moth. It’s also commonly called a puss caterpillar.

His arm had simply brushed it when the venom went into effect.

“Within 20 minutes, I was having a hard time standing,” Logan said.

His mother, Andrea Pergola, rushed him to the emergency room, scared something was terribly wrong.

“He was just getting pale, and his eyes weren’t focusing," Andrea explained. "Like, you could tell he couldn’t keep up with what was going on."

The doctor at the ER quickly realized what was going on and started an IV with several medications.

Andrea admits, however, she was worried for her son’s life with how bad he looked.

“He wasn’t unconscious, but he was trying to fight the pain," Andrea said. "In and out. I’m looking at him and he’s shaking for hours. We know no one has died from it, but it’s nerve wracking."

Several hours later, Logan started to recover. But days later, he still has the marks left by the bug.

The two hope others will be careful if they see one of these bugs.

“It’s very weird now, thinking about going back and doing work, but I definitely will," Logan said. "I think I’m going to be a little more careful around trees and bugs."

The southern flannel moth can be found throughout Florida, especially in oak and elm trees. It usually has a distinct fur that can signal that it is dangerous to touch.