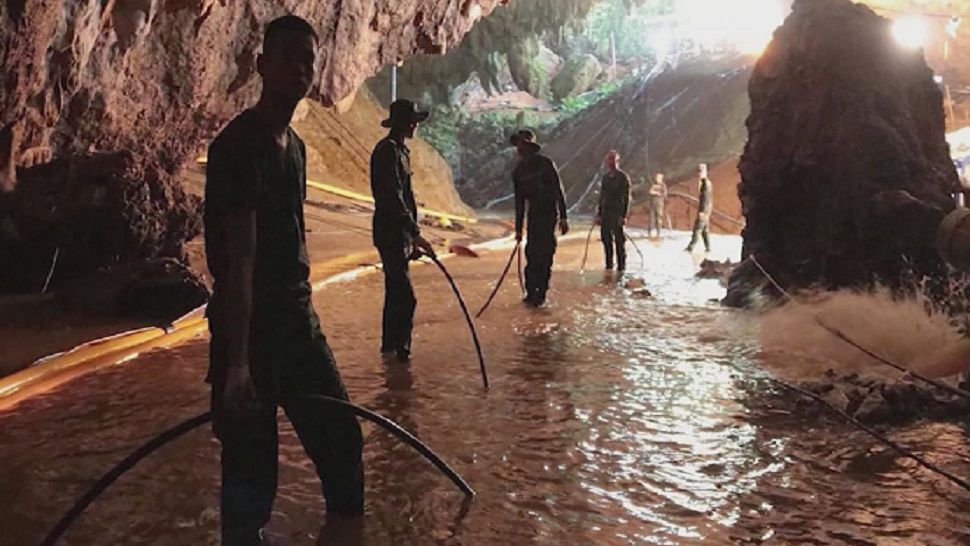 1 of 3
Authorities have been rushing to extract the boys, ages 11-16, and their coach from the cave as monsoon rains bore down on the mountainous region in far northern Chiang Rai province. (File photo) 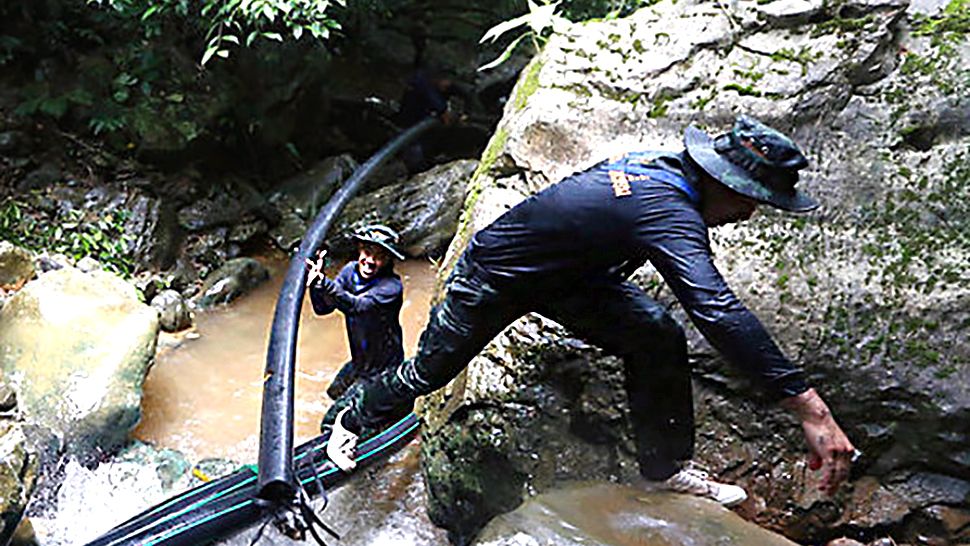 2 of 3
Authorities have been rushing to extract the boys, ages 11-16, and their coach from the cave as monsoon rains bore down on the mountainous region in far northern Chiang Rai province. (File photo) 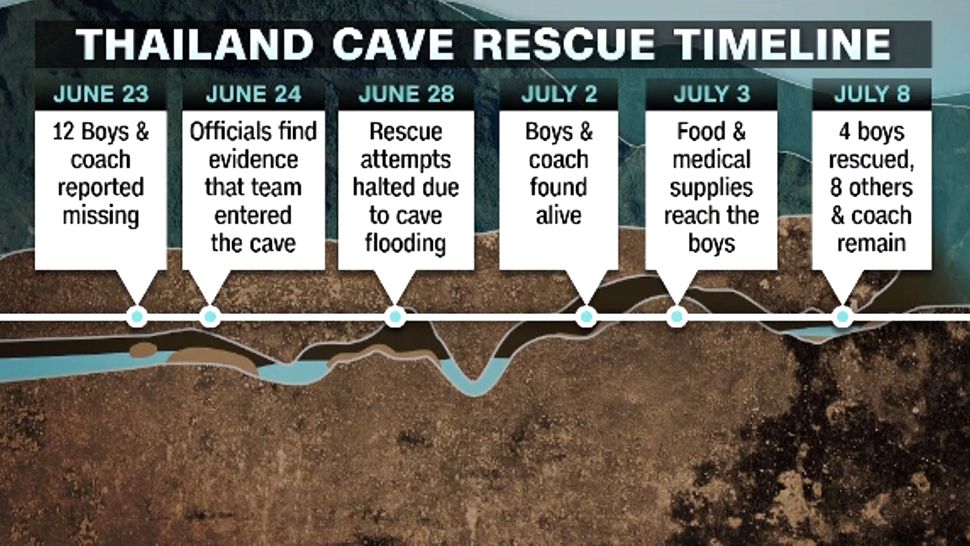 THAM LUANG CAVES, Thailand -- A total of four boys have been rescued on Monday, according to a witness working with the rescue team after officials say it could take up to four days to rescue the rest of the boys' soccer team and their coach from a cave in Thailand.

The official heading the rescue operation says the four boys brought out of the flooded cave are "safe and conscious" and now in a hospital.

The first boy who was taken out of the flooded cave system Monday at 5:30 a.m. EST, according to a witness working with the rescue team reported CNN, is the fifth member of the soccer team who was rescued.

Then a fourth boy was rescued shortly afterwards.

According to CNN, rescuers have suspended operations for Monday.

Monday started the second phase of the rescue operation; the first phase recovered those first four boys on Sunday.

On Sunday, it took nine hours to rescue the first four boys.

Sunday's mission started around midnight EST and divers are back inside the cave right now making their way to the rocky and muddy ledge where the boys and their coach have been stuck for more than a week.

It took nine hours to get the first four boys out on Sunday, so this mission is not going to be easy.

On Friday, diver Saman Gunan, a former Thai Navy SEAL, died while preparing the cave for the complex evacuation plan.

Four ambulances drive up to Tham Luang cave in #Thailand. A fifth followed shortly after. 8 boys and their football coach are still trapped inside pic.twitter.com/kh07pOdWmp

Authorities have been rushing to extract the boys, ages 11-16, and their coach from the cave as monsoon rains bore down on the mountainous region in far northern Chiang Rai province. Authorities said heavy downpours overnight did not raise water levels in the cave, where workers continue to pump water out.

The four boys pulled from the cave Sunday in an urgent and dangerous operation that involved them diving through the cave's tight and twisting passages were in good health. Still, they were undergoing medical checks in a hospital and were not yet allowed close contact with relatives due to fear of infections, who were able to see them through a glass partition.

Interior Minister Anupong Paojinda had said early Monday that the same divers who took part in Sunday's rescue would return to extricate the others as they know the cave conditions and what to do. He had said fresh air tanks needed to be laid along the underwater route.

Some people online are asking why did the soccer team go into the cave in the first place.

Amporn Sriwichai, the aunt of 25-year-old coach Akkapol Chanthawong, says she wants people to understand that he is a good person, and did not mean for the boys to become trapped. She told CNN that he was orphaned at the age of 10 and has experienced "many difficulties."

SpaceX's CEO and founder Elon Musk says his company has built a kid-sized submarine to help rescue the remaining boys trapped inside a cave in Thailand.

SpaceX developed the aluminum capsule using feedback from workers in Thailand who are trying to rescue the boys through narrow, flooded cave corridors.

"According to divers who have made the journey, this is capable of maneuvering through all passages," tweeted Musk.

Musk says the mini-sub is light enough to be carried by two divers.

"With some mods, this could also work as an escape pod in space," Musk tweeted.

For now, though the hope is that this vessel arrives in Thailand on Monday to help in the rescues efforts.

Musk says a second sub is also being built.