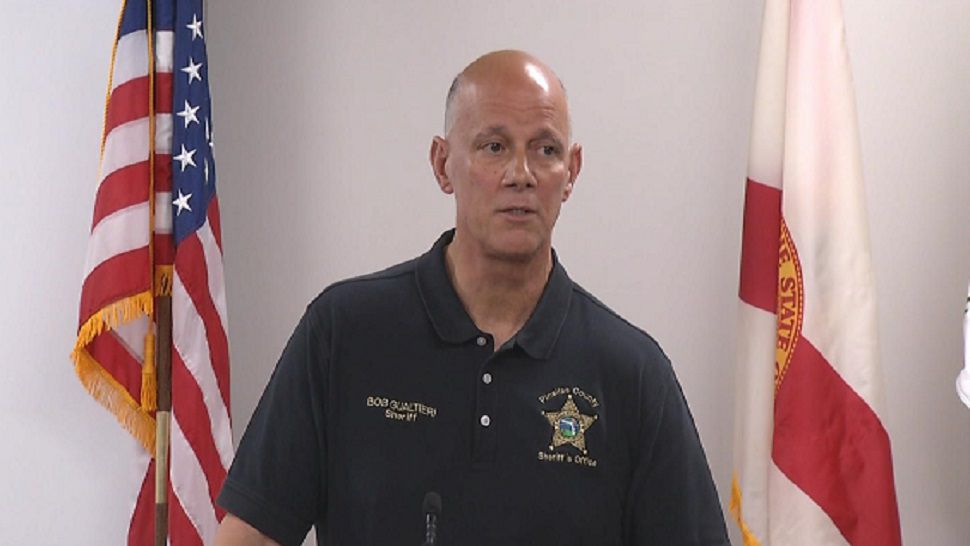 Gualtieri said the shooting fits a "Stand Your Ground" defense.

An argument over a parking space Thursday in Clearwater escalated to a fatal shooting.

According to the Pinellas County Sheriff's Office, 47-year-old Michael Drejka shot Markeis McGlockton, 28, as the two argued over the space and after Drejka was pushed to the ground.

Drejka has not been arrested.

"Just because you can doesn’t mean you should," Gualtieri said at the start of a news conference on the case. "I'm not saying I agree with it. I don’t make the law. I enforce the law. Others can have the debate if it is right or not."

After McGlockton and their 5-year-old son went into the store, Drejka approached Jacobs and the two began arguing about the parking space, authorities said.

According to a witness, when McGlockton came out of the store and saw what was happening, he shoved Drejka to the ground.

"It wasn't just a push," Gualtieri explained. "He really slammed him to the ground and he pushed him with great force. This was a violent push."

Drejka then pulled out a handgun and shot McGlockton once in the chest. Gualtieri specified that Drejka took four seconds to fire his weapon.

Florida lawmakers strengthened "Stand Your Ground" during the last legislative session. They shifted the burden of proof to law enforcement to prove that it was not a case of standing your ground before they can make an arrest.

Ali Salous, the owner of the Circle A convenience store, told us Drejka has caused problems at his store before.

"This guy -- he did this before," Salous said. "He always hangs out in the parking lot and if he sees someone parking, he just wants to start trouble with people."

Gualtieri, however, maintained that Drejka's history didn't matter when it comes to making an arrest. All that matters, according to the sheriff, are the facts of this brief confrontation caught on tape.

"He might well be a thorn in people's side. He might be a jerk," Gualtieri explained. "He might be all those things, it doesn't matter. What matters is 'did McGlockton slam Drejka to the ground?' Yes, he did."

The shooting remains under investigation. McGlockton's family expressed anger Friday that Drejka would not be arrested.

"I really don't think this is no 'stand your ground' law," said Jacobs. "This is really messed up."

"The law did not protect anyone here because we have a killer on the loose who has taken the life of an innocent man," said Alesha Odums, Jacobs' aunt. "Justice has failed today. There is no one in custody, but there has been a death. We need justice."

Funeral arrangements are pending. The McGlockton family is in the process of retaining an attorney.