A memorial has been made for McGlockton outside the Circle A Food Store (Dave Jordan, Spectrum News Staff) 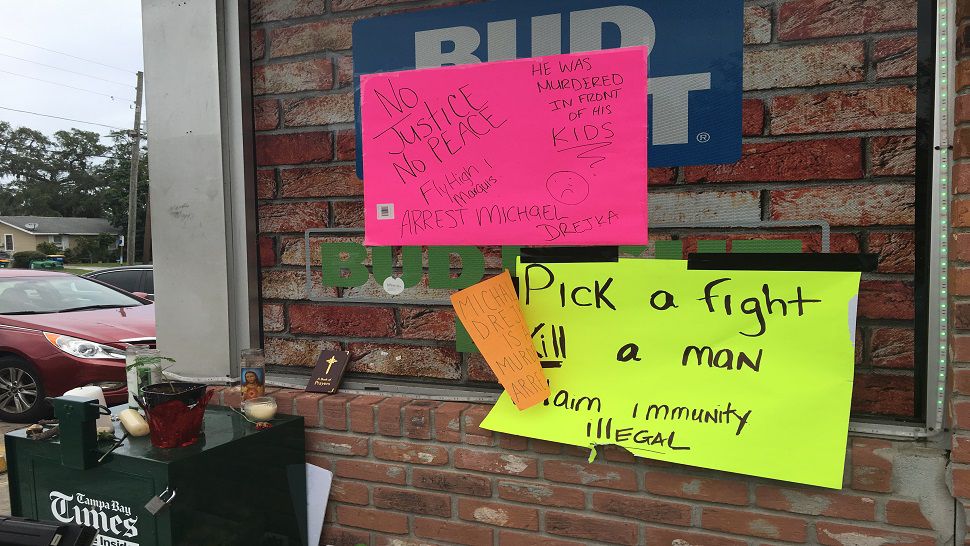 1 of 2
Gunman's history of altercations
A memorial has been made for Markeis McGlockton outside the Circle A Food Store.
Dave Jordan 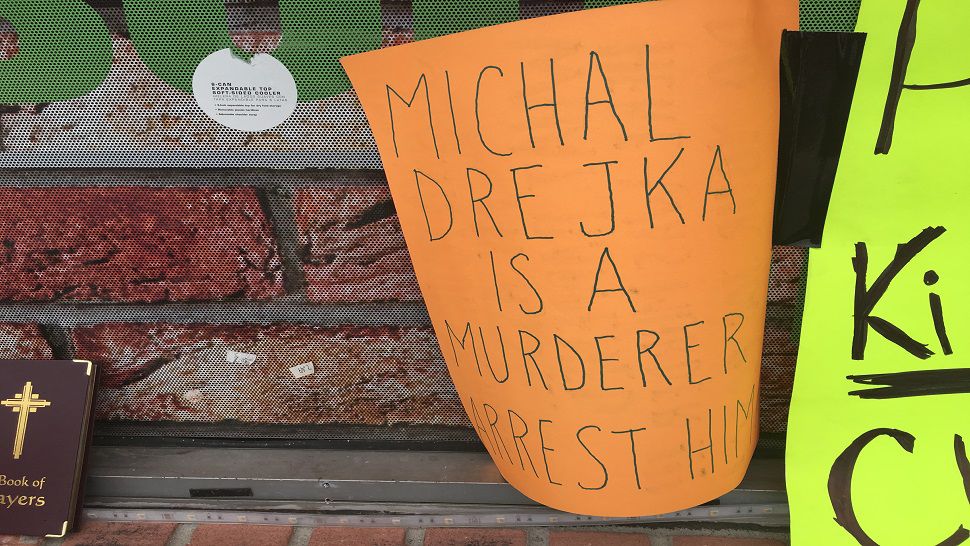 Kelly, who drives a septic tank, briefly parked his tanker in this handicapped spot outside the Circle A Food Store before running inside this store for a beverage. When he came out, he saw Drejka taking pictures of his vehicle.

"He asked me (if) was I handicapped, and I said, 'Obviously, I'm driving a tanker. I'm not handicapped.' And I asked if was he handicapped and he stated 'No, my mom is,'" Kelly said.

Kelly asked Drejka if his mom was nearby and offered to move his tanker. That’s when he says Drejka became furious.

"He flipped out on me called me every n-word, said he's going to shoot me," Kelly said. "He said he was going to kill me, and he went back to his truck, got something out of his truck and walked back up on me."

Store owner Ali Salous came out and shut down the confrontation.

"I didn't know this was going to happen two months later with another guy. It's really sad," he said.

Salous says Drejka has a history of confrontations in and around his store.

Kelly said Drejka called his job and left a threatening voice mail on the answering service.

Drejka has not been arrested for killing McGlockton because according to the Pinellas County Sheriff Bob Gualtieri, the shooting is covered under the "Stand Your Ground" law, a measure that allows people to use deadly force if their lives are in danger.

McGlockton shoved Drejka to the ground after Drejka yelled at McGlockton's girlfriend for parking in a handicapped parking spot July 26. Spectrum Bay News 9 went to Drejka's home for a comment on this story, but no one came to the door.

Kelly has given a statement about his run in with Drejka to investigators and is trying not to think about what could have happened to him.

"I'm grieving for the family right now that lost someone," he said.