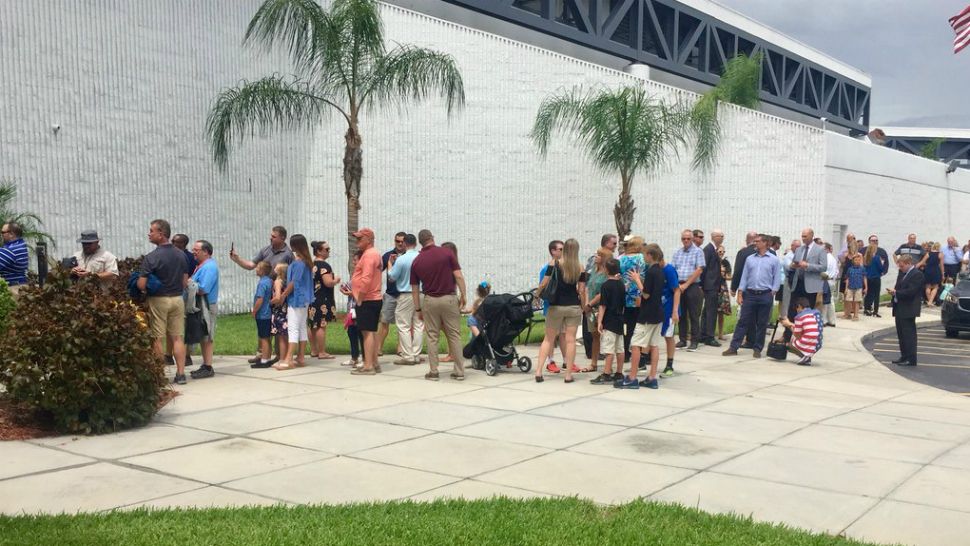 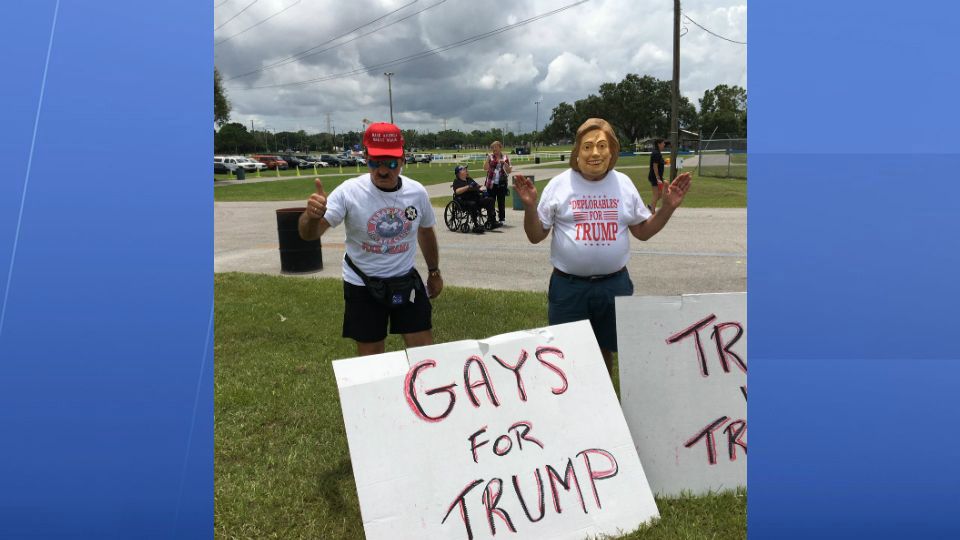 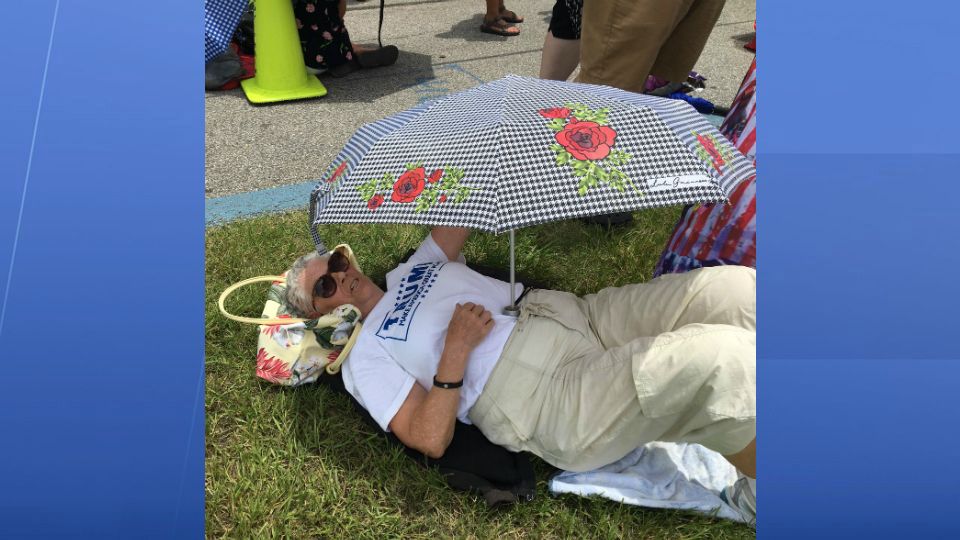 3 of 7
President Donald Trump in Tampa
It was very hot and humid Monday. Thousands of people were finding ways to stay cool and out of the sun.
Holly Gregory, Spectrum News 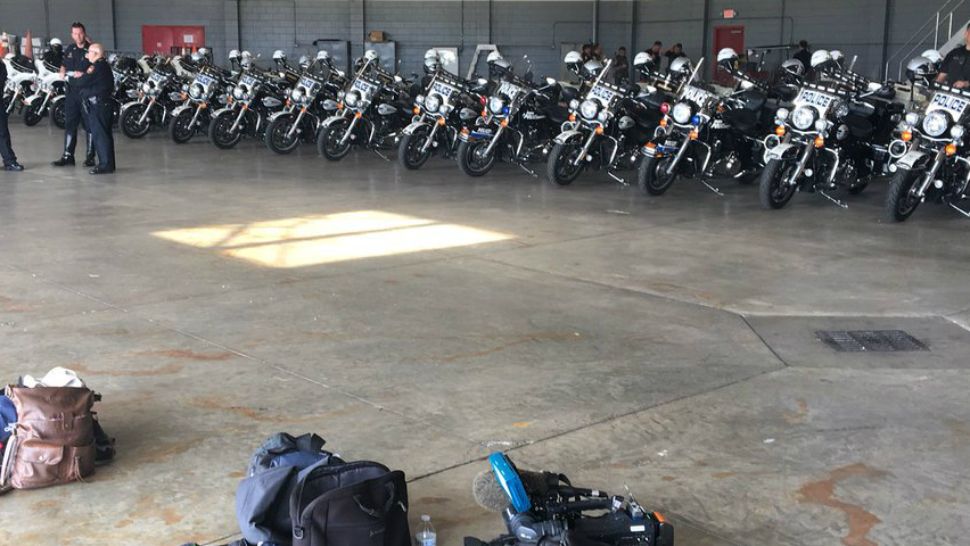 4 of 7
President Donald Trump in Tampa
Tampa police and Hillsborough County sheriff lined up in the hangar where Air Force one where will arrive.
Lauren Verno, Spectrum News 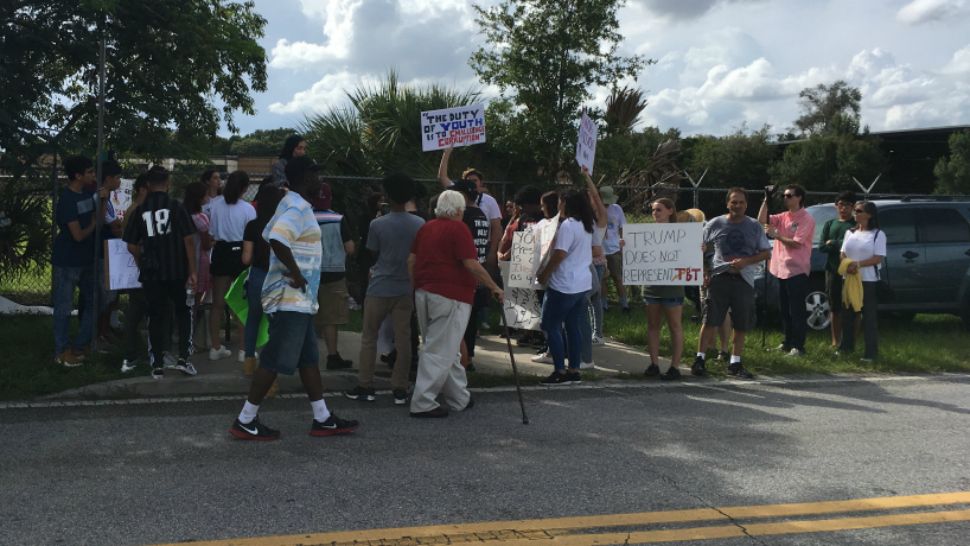 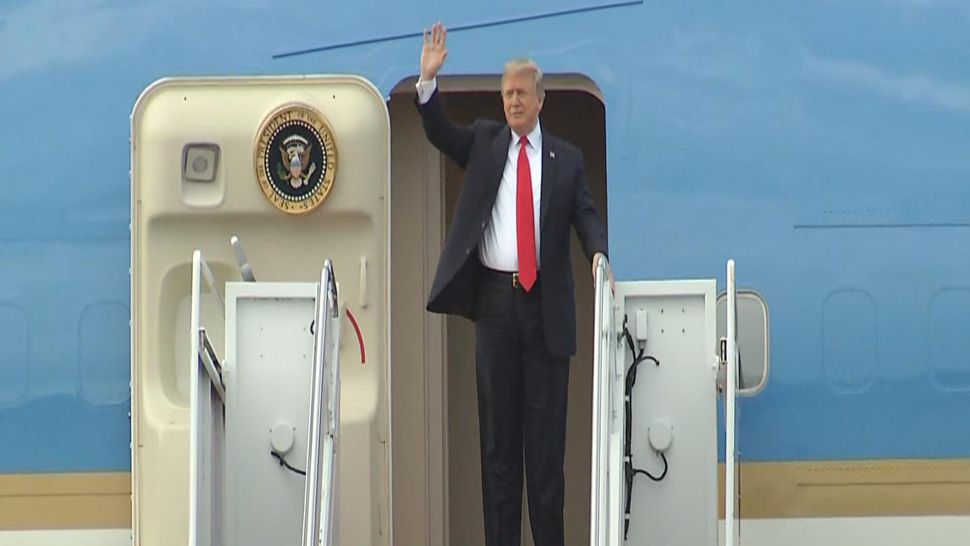 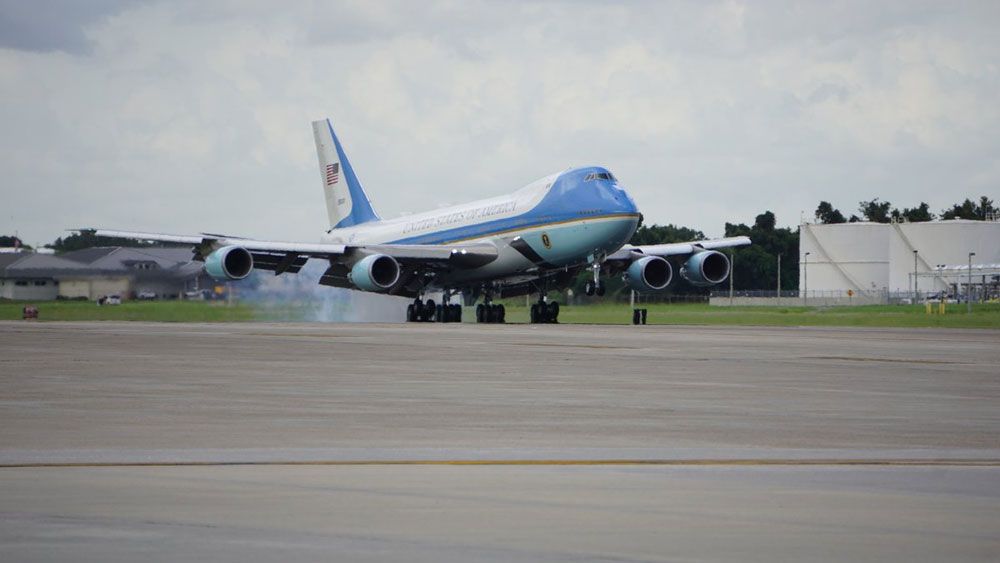 The President will be in town to tout technical education as well as back Florida Republican politics ahead of the upcoming mid-term elections.

Trump will be speaking at a rally at the Florida State Fairgrounds in support of Ron DeSantis for Governor. Trump also will take part in a round table talk on career education around 6 p.m. at Tampa Bay Tech High School.

The rally at the fairgrounds starts at 7 p.m.

Supporters lining up at the airport for a glimpse of President Trump. Air Force One is scheduled to arrive in Tampa at 5:20pm. @BN9 pic.twitter.com/S9ynOnbgCI

While he'll be speaking off the cuff at the rally, his team said he'll be touching on topics like recent economic data and foreign policy.

The rally will gather plenty of supporters - as some arrived at the fairgrounds before sunrise - as well as some opponents of Trump.

Expected to be a campaign rally for DeSantis and Senate candidate Rick Scott, Trump likely will stump as well for his own 2020 re-election.

"I like the fact that he has a really positive attitude," said Trump supporter Brian Godfrey outside the fairgrounds. "And is kind of like a cheerleader for the country."

It is very hot and humid. Thousands of people are finding ways to stay cool and out of the sun. pic.twitter.com/q9WmmI5ku9

Doors for the "Make America Great America" Rally open at 4 p.m. with parking lots at the fairgrounds opening at 1 p.m. Parking is $6 and a ticket is required for the rally.

Free tickets are available at donaldjtrump.com.