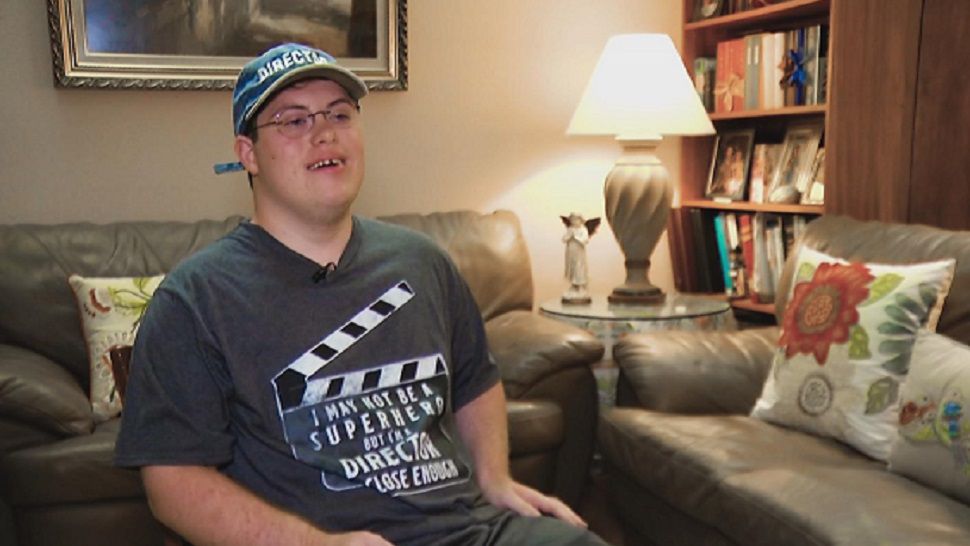 Ryan Prince, 24, is taking his love of acting to the big stage. (Spectrum News image)

Everyday Hero: Despite challenges, his star is on the rise

SAFETY HARBOR, Fla. -- A young man born with a developmental disorder may now be destined for stardom.

Ryan Prince, 24, is taking his love of acting to the big stage.

The road has not been easy for Prince, of Safety Harbor, said his mother, Lu.

"Things were difficult for him as he was growing up with Down syndrome," she said. "(Doctors) said he probably won't amount to much of anything. He'll have difficulty with talking, with walking and I thought, 'We'll see.' "

Ryan now works at McDonald's, but his real love is the stage and screen.

Working with Theatre Exceptional, an extension of the Bay area's Blue Butterfly Productions, Ryan was cast as Fagin in "Oliver."

He also was in "The Wizard of Oz" and recently co-directed a stage production of "Our Town."

Also, Ryan's been chosen to be the lead in an original play called "Into the Night."

"Once I read the story, it was like me," Ryan said.

Ryan said he is looking forward to his new challenges.

"I think I'm ready for it," Ryan said of his future.