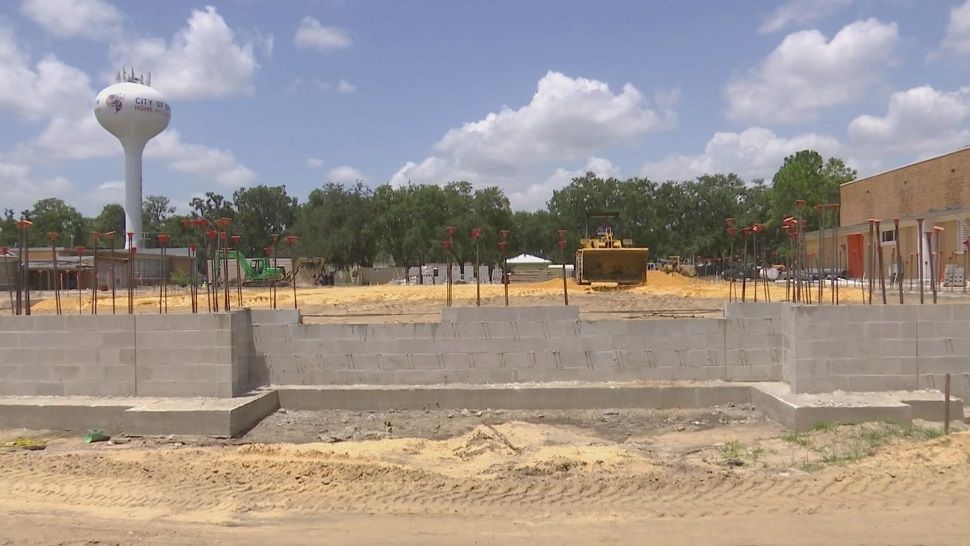 BARTOW, Fla. -- Bartow High School is undergoing a $17.5 million renovation and construction on the new science and technology building is well underway.

"We're looking forward to having some state of the art facilities that we haven't had her at Bartow High School for many years," Principal Dr. Brenda Hardman said.

While the new science and technology building is being built, students will be taught in portable classrooms. However, some students say using portables may be a challenge.

"It's a challenge to get from class to class within the time we're allowed between periods because the portables are so far over toward the other side of the campus from some of my other classes," Jack Slaughter said.

A big part of the massive construction project at Bartow is the new building for the Construction Academy, which is set to open in October.

"The biggest difference is space. Before we were working in a shop that was 50-years-old, traditional wood shop class. Now we're going to be in a more modern construction academy," Jimmy Giles, a Construction Academy Instructor, said.

"It's going to be an amazing opportunity. It's going to help me achieve my goal of going to the university of Florida to study construction management," student Jason Coil said.

With the new, upgraded building, Giles said he will be able to teach students about plumbing, and heating and air-conditioning systems.

"I've been here for 12 years and it's been a dream since the beginning. It's sort of hard to believe it's coming together. It's really something special. I graduated from Bartow so it's really, really great to see this coming," Giles said.

Work on the first phase of the project, which was funded through the half cent sales tax for public schools, is expected to be completed by next school year.