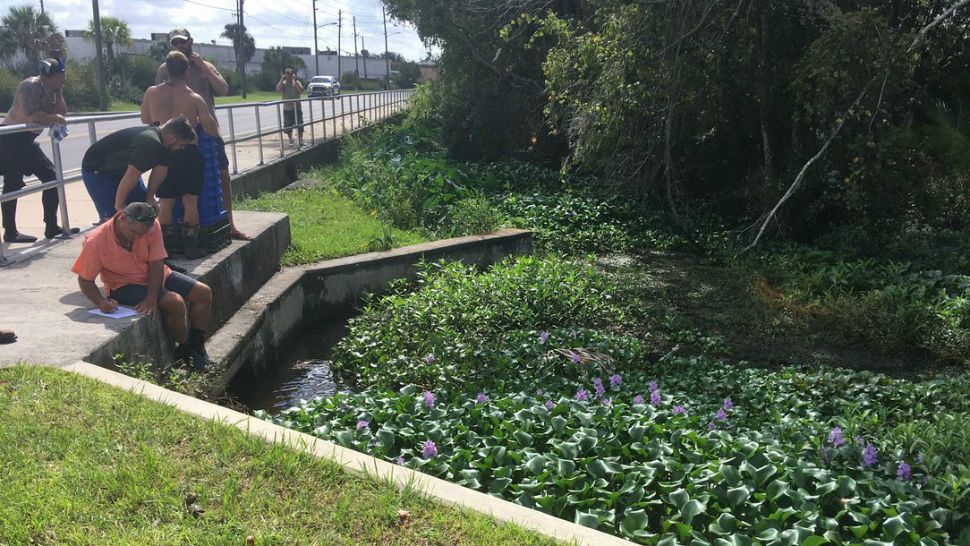 Flood waters cuased the manatees to get stuck off SE Cutler Spur Boulevard in Crystal River.

CRYSTAL RIVER, Florida — Crews Thursday afternoon were able to help two manatees that got stuck in a retention area.

High tide and flood waters caused the manatees to get stuck off SE Cutler Spur Boulevard in Crystal River.

The crews were able to get the mom and calf manatee into some open water. The calf was pulled out first as dozens of residents gathered to watch.

"We have mostly guides and captains that do this for a living," said Manatee Tour Captain Glenn Wisley, speaking about volunteers who aided the effort Thursday. "They're the first ones on the list that go down there."

It took several people to get the mom out and onto a gurney.

The manatees were transported and safely released back into nearby water. All the while, a large, concerned crowd watched the crews do their work.

"That's why tourists come to this part of the state, being here in this community, because we've got such great wildlife here," Citrus Sheriff Mike Prendergast said.

Crews are getting equipment ready to try and pull the manatee and get calf out of the canal. They'll be taken back to Three Sisters Springs right nearby here. @BN9 pic.twitter.com/iHa1ihA71o