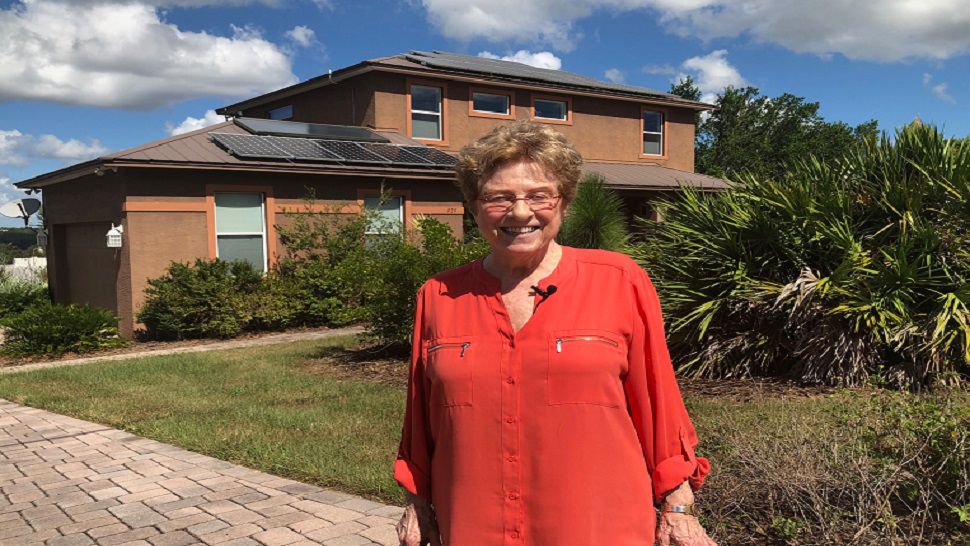 Why is this woman smiling? Charlene Bennett's electricity bill barely hits $10, she said, thanks to her solar panels installed on her roof. (Stephanie Claytor, staff)

LAKELAND, Fla. — People are banding together to form a solar cooperative in Polk County.

They hope it will help more people to use solar power in their homes.

Charlene Bennett has had solar panels since 2012. She said her electric bills on average barely hit the double digits, averaging $10.49.

She produces about as much energy as she uses, so she usually only has to pay a monthly fee for being a customer each month.

"We want to do this for environmental concerns. It's good for the environment to decrease our dependence on fossil fuels," said Rick Garrity.

Garrity said working as a group will lower the cost of installing the panels.

"The advantage is that if you go out and talk to an installer yourself to get a price for your home, you will probably get a price 20 percent higher than you’d get through the co-op," Garrity said.

Garrity said members will also get expert advice from the non-profit Solar United Neighbors to help with selecting an installer and to advise members if their home is suitable for solar panels. Ideally, the member would have a roof that faces the south, although panels can also be placed in the backyard.

"It's very complex to go though the selection of an installer and understand the lingo that they're speaking about solar panels," Garrity said.

While joining the cooperative is free, members will still have to come up with the money to install the solar panels. That price tag isn't cheap.

"For a smaller home, you can probably count on the cost of solar panels being somewhere around $10,000 but with the tax credit that will bring it down to $7,000," Garrity explained.

So far, the cooperative has 41 members.

They can accept up to 225. People have until Christmas to join.

The Polk County Solar co-op is having its next informational session on Oct. 25 at the Lakeland Main Library at 6 p.m.