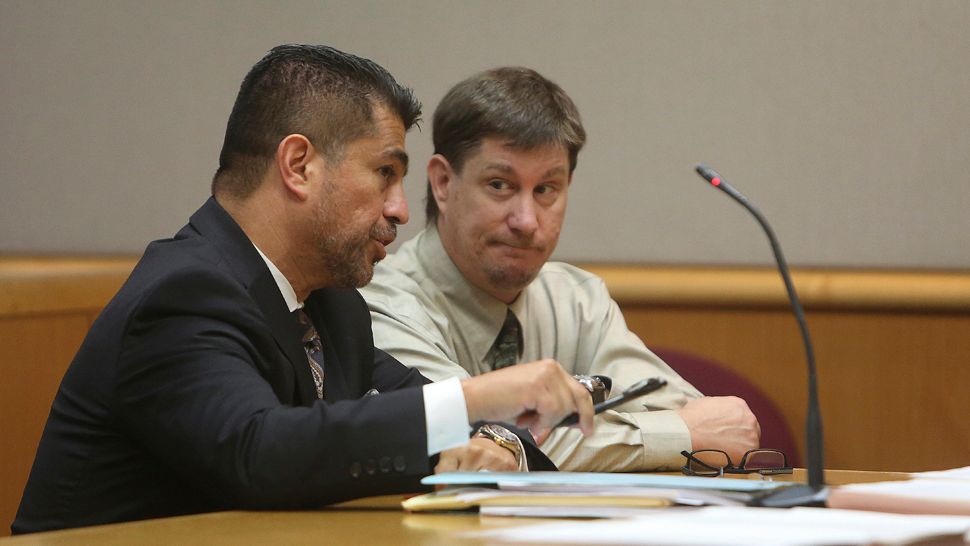 LARGO, Fla. — A Pinellas County judge accepted a motion during a hearing Friday to remove one of the attorneys representing accused shooter Michael Drejka in the Markeis McGlockton manslaughter case.

Drejka filed an affidavit last Monday asking the judge to remove Lysa Clifton from his case.

During the hearing, Drejka spoke only once, when Judge Joseph Bulone asked him if he wanted Clifton to withdraw.

"Yes, your honor," he replied.

McGlockton's family attended the hearing. Clifton, however, did not show up.

In his affidavit, Drejka accuses Clifton of soliciting him to become her client while he was in jail, a punishable offense by the Florida bar. Drejka said he had never spoken to Clifton or anyone on her behalf before the unsolicited meeting at the jail.

He claims Clifton asked him if he wanted her to become his attorney and he agreed not knowing solicitation of a client was a possible violation of the Rules of Professional Conduct. In the document Drejka states that he repeatedly requested Clifton to withdraw as his attorney and she refused.

Clifton responded to those claims, calling them "complete lies." In her filing, made hours before Drejka's, she said she was voluntarily withdrawing as Drejka’s attorney.

Clifton cited irreconcilable differences between the undersigned counsel and the defendant.

Controversy from the start

This is a case plagued with controversy from the very beginning, when the sheriff labeled the shooting death of Markeis McGlockton a stand your ground case. Weeks later the alleged shooter,  Drejka, was arrested and charged with manslaughter.

Back in August Clifton denied allegations of solicitation. She said she met Drejka during a jail house visit when she went to check on his wellbeing. She said she never identified herself as an attorney.

The Florida Bar launched an administrative investigation into solicitation allegations. Clifton said her attorney has responded to the Florida Bar and they’re waiting to hear back. There's been no word yet if the claims Drejka has now made will affect that investigation.

Drejka is still represented by two other attorneys, John Trevena and Bryant Camareno.

Drejka's next pre-trial hearing is scheduled for December 14.