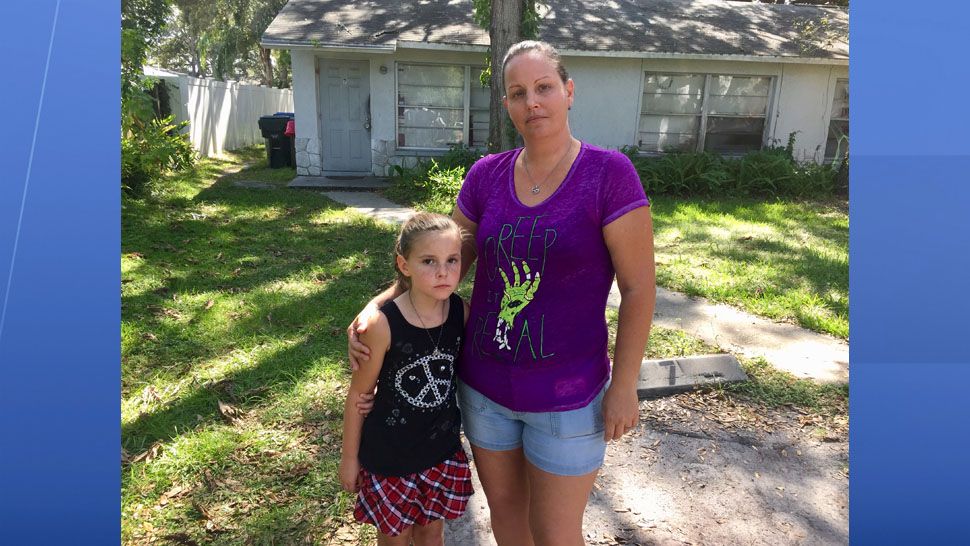 Student: Substitute Teacher Was Doing Back Flip When Gun Fell Out

LARGO, Fla. — The mother of an Anona Elementary School student in Largo said her daughter was just a few feet away from a substitute teacher when a loaded gun fell out of his waistband onto the playground on Tuesday.

“You don’t ever want it to happen to your own kid,” said Jessica Casper, 36. “Unfortunately, she’s now scarred from being in contact with a gun.”

Casper’s third-grade daughter, Imogen Ference, 8, said substitute teacher Jesse Jones, 31, was showing students how to do a back flip when the incident happened.

“He was teaching us how to do a flip and when he demonstrated it all you see is a gun pop out of his pocket,” Imogen said. “He said, ‘shhh, don’t tell anyone’ and then he dropped down on the ground and picked it back up and put it back in his pants.”

The principal sent a voicemail message to parents stating Jones was immediately escorted away and the school was placed on a brief lockdown. The principal also said Jones would not be returning to the school, and that student safety was their priority.

Imogen’s mom said she wanted more information about what happened, and was frustrated neither the school nor the district would provide any.

“I called the school board, got the Area 2 manager on the phone or whoever she is. She played dumb just like everybody else did,” said Casper. “As a concerned parent, it got escalated because in the pure fact my kid was within this distance of a gun and you’re not telling me anything.”

Imogen said she didn’t find out the gun was loaded until the next day, when a reporter provided that information from an arrest affidavit.

Information held back from parents?

According to the affidavit, Jones had a 9mm handgun loaded with 19 rounds hidden in his front waist and it fell out while he was in the playground with students in the area.

That affidavit was written by a Pinellas County School Police officer and became a public record at 3 p.m. on Tuesday, when Jones was booked into the Pinellas County jail on a misdemeanor charge of carrying a concealed weapon.

Spokeswoman Lisa Wolf said the school district held back that information from parents because their investigation was still open.

“There’s a state statute that prohibits us as a school system from providing information about an active and open criminal investigation,” she said. “When it’s our own investigating entity.”

Wolf said the investigation was closed on Wednesday and she could provide information about why Jones brought the gun onto campus.

“The gentleman had a concealed weapon permit,” she said. “So, I believe there was a misunderstanding on what he was allowed to do on the school’s campus.”

Wolf said Jones was hired as a substitute teacher in August and went through training where he was taught that bringing a gun on campus is illegal despite having a concealed weapon permit.

“The gentleman has been terminated from Pinellas County Schools,” she said. “He will be ineligible for rehire.”

“I don’t like guns,” Imogen said. “I don’t feel safe enough to go to that school anymore.”