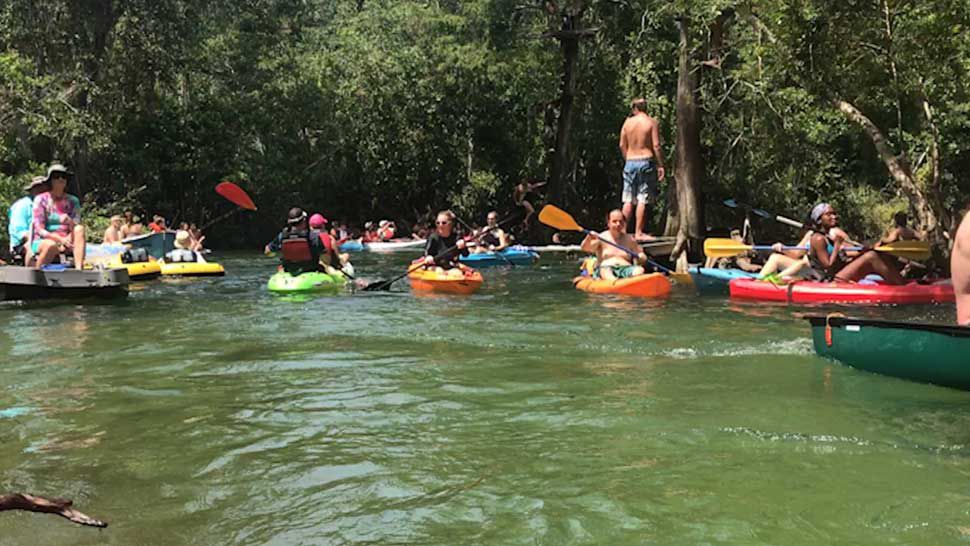 Weeki Wachee State Park Cutting Back On Kayakers Per Day

WEEKI WACHEE, Fla. — Big changes are coming to the Weeki Wachee River. The state park has cut back on the number of kayakers allowed on the river each day in an effort to reduce the amount of garbage those kayakers leave behind.

It's something residents have been fighting for.

Dust has lived on the Weeki Wachee River for 30 years.

“The only reason we’re on this coast is because of that river. It’s old Florida,” he explained.

But over the years, he’s noticed a change

As more and more people head out on the water, he said they’re leaving behind trash, pushing more sand in the river, and causing quite the traffic jam.

“We can almost walk across the river on kayaks from time to time, it’s so busy,” Dust said.

It’s why Dust and so many others on the river pushed county and state leaders to make a change. Now, the Florida Department of Environmental Protection is taking action.

At one point, there were no restrictions for kayaks from Weeki Wachee Springs State Park. Sometimes 900 or more could be found on the river.

The state park had cut back the number of kayaks they launched to about 400 each day. Now, with direction from the DEP, they’re only launching 280 people per day, regardless of the type of kayak they’re in.

The new policy went into effect Friday and some people say they’ve definitely noticed a difference.

“My son and I paddled from here all the way up to the state park. The difference in the amount of garbage on the river was unbelievable,” Dan Gill said.

Other changes being considered

The DEP is also looking at different pickup options for people who launch from the state park. Currently, the main pickup location is at Rogers Park, but they’re looking at potentially having another take-out location within state park boundaries, giving visitors a shorter kayaking experience to enjoy.

Hernando County Commissioners also asked for a carrying capacity study to be done on the river, which is still underway.