Log In
People comfort each other following a mass shooting at a bar in Southern California early Thursday that left 12 dead. (Associated Press)
PLAY VIDEO
LOG IN 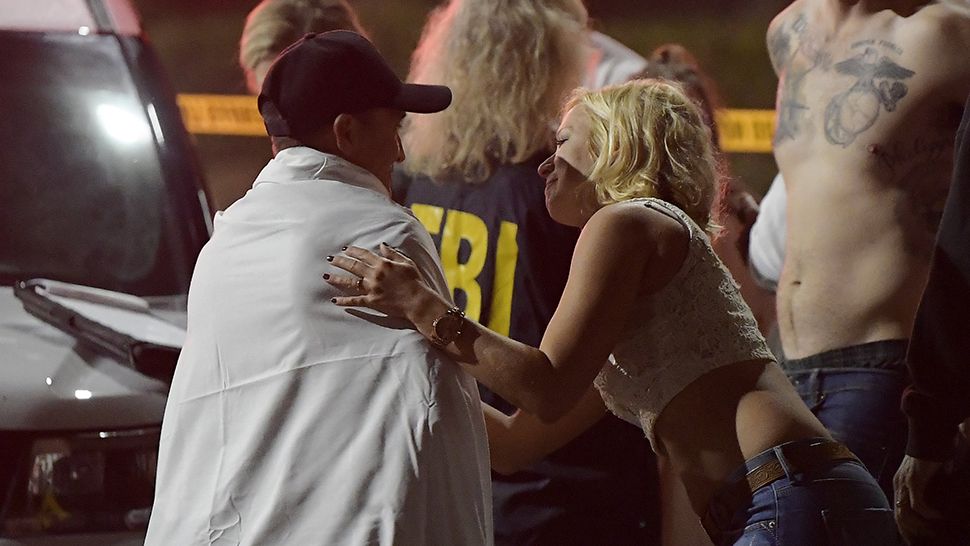 1 of 4
People comfort each other following a mass shooting at a bar in Southern California early Thursday that left 12 dead. (Associated Press) 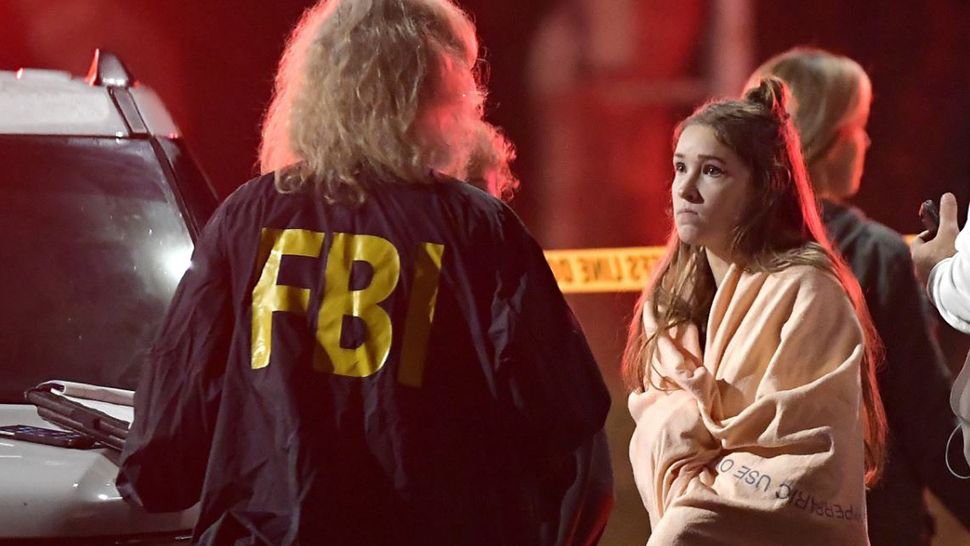 2 of 4
A possible witness speaks with the FBI about a shooting that left 11 dead, not including the gunman and a Ventura County Sheriff's Office deputy. (Associated Press) 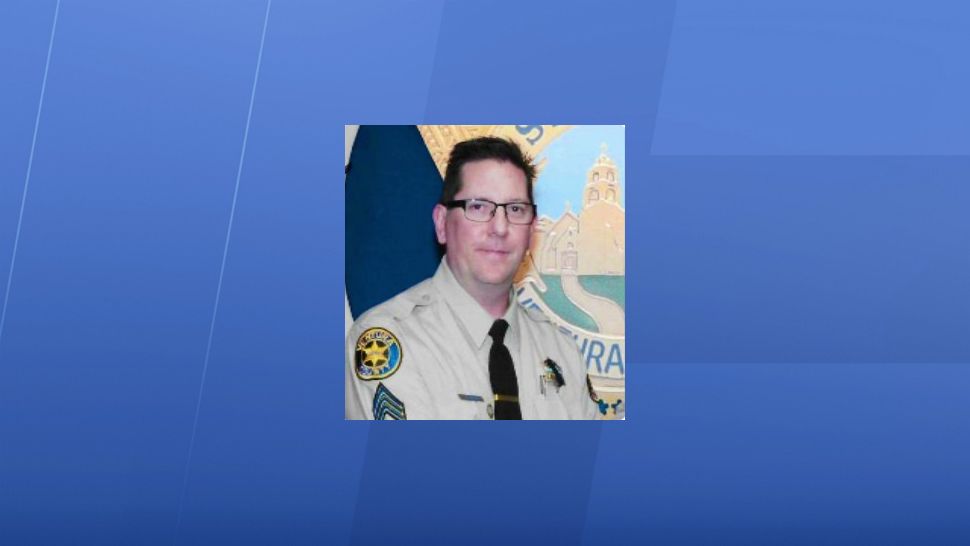 3 of 4
Ventura County Sheriff's Office Sgt. Ron Helus was killed in a shooting at a California bar that left 11 people dead, not including the gunman who also died. (CNN) 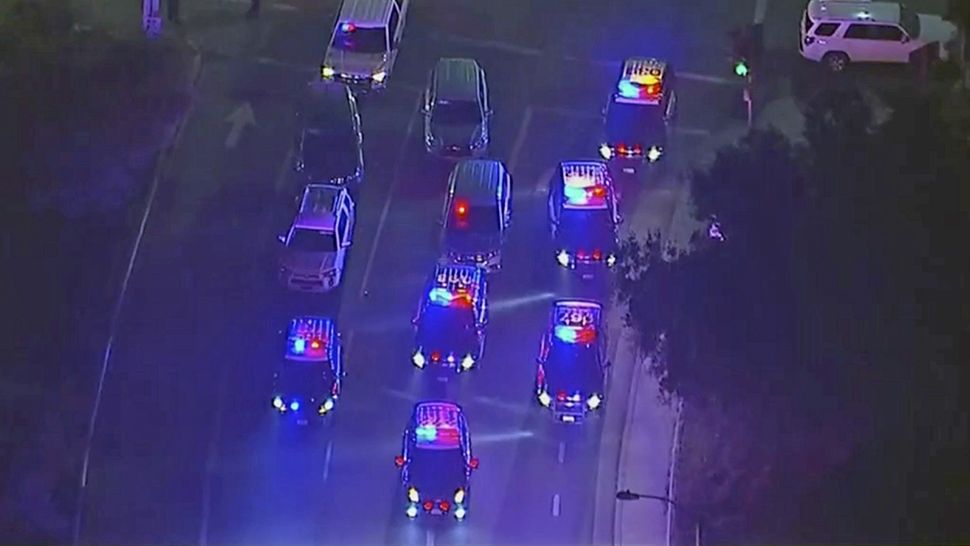 4 of 4
In this image made from aerial video, police vehicles block an intersection in the vicinity of a shooting in Thousand Oaks, California, early Thursday, Nov. 8, 2018. Authorities say there were multiple injuries, including one officer, after a man opened fire in Southern California bar late Wednesday. (KABC via AP)

THOUSAND OAKS, Calif. — A Marine Corps veteran shot 12 people dead, including a deputy, at a Southern California bar early Thursday, the third mass shooting in the U.S. in less than two weeks.

On Wednesday evenings, the bar hosts "College Country Nights," according to its website. Many young adults were there when gunshots rang out.

During an early-morning news conference, Dean said one of his deputies, Sgt. Ron Helus, and a California Highway Patrol officer arrived at the bar within minutes of getting the 911 call.

Helus went into the bar to save lives, recalled the sheriff as he choked up.

"Upon going into the front door, the Sheriff's sergeant was struck multiple times with gunfire," Dean said. The CHP officer rescued Helus by pulling him away from the gunfire. Helus died at a hospital, Dean said.

The Sheriff and Helus had a close relationship, even going to the gym together.

CNN reported that as of late Thursday morning, 21 people had been released from area hospitals. Some with minor injuries had driven themselves to hospital.

The FBI was at the scene. Dean said there's no known motive for the shooting at this time, but authorities don't think it was terror-related. Bomb dogs have searched the area and haven't found any bombs, even smoke bombs.

A Glock 21 .45-caliber handgun was recovered at the bar. Dean said the model of gun can hold 10 rounds, with one in the chamber. The one allegedly used by Long had an extended magazine that could hold more rounds, authorities said.

Dean said Long legally bought the gun, and mental health experts had cleared him to buy the weapon. Long was on active duty with the Marines from August 2008 to March 2013, according to Department of Defense records. He'd had "minor" run-ins with authorities in the past, including a traffic collisison and being the victim of a battery.

"This is a horrific incident, and it's part of the horrors that happen in our country and everywhere. And I think it's impossible to put any logic or any sense to the senseless," Dean said.

Helus had worked with the Sheriff's Office for 29 years and was thinking about retirement. He's survived by a wife and son. Dean said Helus was speaking to his wife right before answering the call that would be his last.

Mass shooting is 3rd in 2 weeks

On October 27, 46-year-old Robert Bowers opened fire during a baby-naming ceremony at the Tree of Life synagogue in Pittsburgh. At least six others were hurt, including law enforcement officers who responded to the shooting.

Then last Friday, a gunman walked into a hot yoga studio in Tallahassee, killing two people and injuring five before killing himself. Scott Paul Beierle had a master's degee from Florida State University and had worked as a substitute teacher in Volusia County. Democratic gubernatorial candidate Andrew Gillum, who is Tallahassee's mayor, briefly stopped campaigning and returned to the city in the wake of the shooting.

The Orlando Police Department offered its support to those impacted by the shooting, saying it knows how hard it is to deal with a shooting that affects the community. The department's tweet refers to the shooting at the Pulse nightclub in 2016.

We know how this kind of tragedy can devastate an entire community. Orlando stands with #ThousandOaks in grief and support. https://t.co/fFp7Y3VJ5e

We are saddened about the mass shooting that left at least 12 people dead in a country music bar in Thousand Oaks, CA. late Wednesday. Sgt. Ron Helus of the Ventura County Sheriff's Office was among those killed. We stand with the families of all the victims.

President Donald Trump tweeted that he has been briefed of the shooting.

I have been fully briefed on the terrible shooting in California. Law Enforcement and First Responders, together with the FBI, are on scene. 13 people, at this time, have been reported dead. Likewise, the shooter is dead, along with the first police officer to enter the bar....

#ThousandOaks, Orlando embraces you. We are here for you. The Pulse families, survivors, and first responders know this pain, and we are sorry your community will endure this trauma, loss, and heartbreak. We pray for you and for our nation. pic.twitter.com/sOPlziaAiN