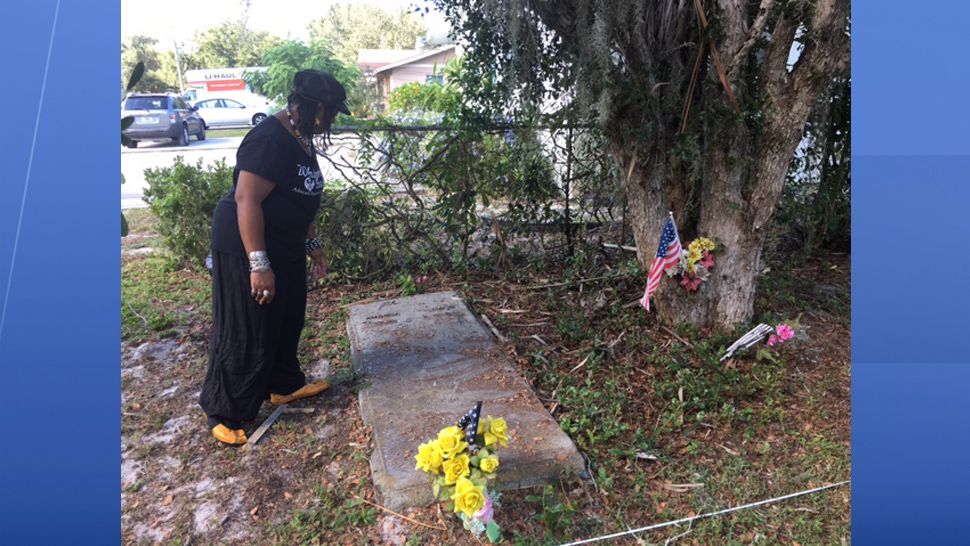 A Safety Harbor woman is a on a mission to honor her family’s legacy and help others re-connect with lost loved ones. (Katie Jones/Spectrum Bay News 9)

SAFETY HARBOR, Fla. — A Safety Harbor woman is a on a mission to honor her family’s legacy and help others re-connect with lost loved ones.

Jacqueline Hayes along with community friends and volunteers have been working to restore a more than a century old cemetery that they’ve named “Whispering Souls African American Cemetery.”

After moving to the Tampa Bay Area a few years ago, Hayes started researching her family history and discovered that her grandparents, Charlie and Amanda Smith, were some of the earliest African American settlers in Safety Harbor. She also discovered they were buried in an abandoned and overgrown cemetery on South Drive.

"I know my grandfather and grandmother would be so proud of me and my wonderful group for making this happen," Hayes said. "I feel their spirit in the work that I'm doing."

For the last few years, Hayes has teamed up with volunteers and community members to preserve the past.

Amanda Smith’s grave is marked at the cemetery, but Charlie's was nowhere to be found — until Saturday.

"I was pushing the cart and I saw the lines go up .. it was very exciting," Hayes said.

Thanks to USF’s Department of Anthropology and the Florida Public Archaeology Network, Hayes is fairly certain her grandparents are buried next to each other. The group brought in a ground penetrating radar machine to detect unmarked graves. The machine shoots electromagnetic graves into the ground.

"As they go down, if they hit anything, then it'll bounce back up to the machine," PHD student Amy Gatenbee said.

"To be able to give people an idea of exactly where there family members are buried and they have an area they can visit that family member, is really important to the community," Gatenbee said.

Hayes said records show more than 130 people are buried at the cemetery but only 20 graves are marked.

"We want everyone to feel that sense of joy of knowing where their ancestors are buried, it's an awesome feeling," Hayes said.

The group hopes to connect other families with their lost loved ones laid to rest at Whispering Souls African American Cemetery.

The team from USF said they’ll take the results from the GPR machine to a lab and should be able to know how many graves were detected by early next week.