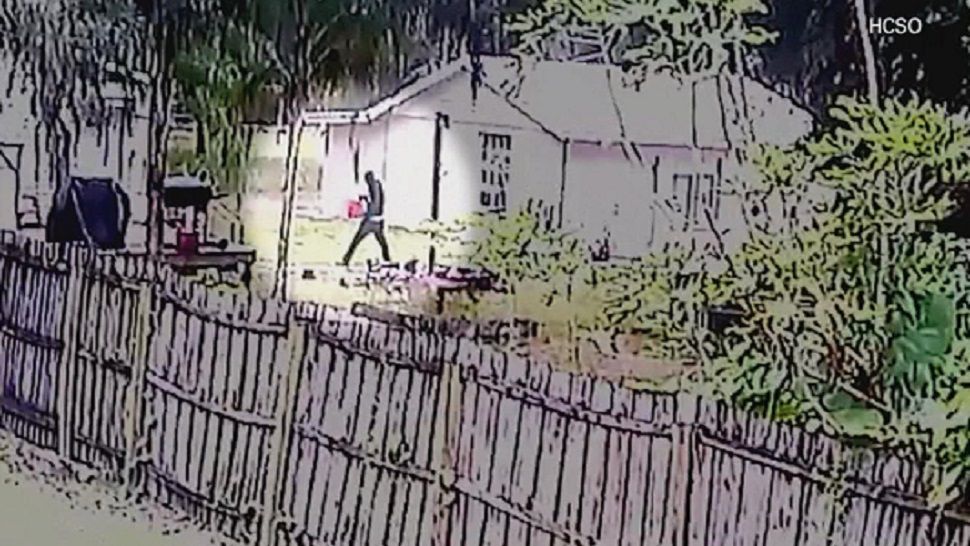 TAMPA, Fla. — Hillsborough County officials continue to investigate the discovery of three bodies inside a home damaged Thursday by fire.

Officials said Hillsborough County Fire Rescue initially responded to a 911 call about a house on fire on 16th Avenue near Margaret Street in the Palm River/Clair Mel area Thursday.

Authorities also are examining surveillance video of the home that shows a person walking toward the home with what appears to be a gas container in hand.

The video shows the person walking around the home before leaving in a silver, four-door sedan. Investigators said they believe the person in the video is responsible for setting the fire.

Firefighters responded and put out the fire, at which time the bodies were discovered. On Friday, those individuals were identified as Derek Archie, 31, Xavier Greene, 28, and Haley Stone, 20.

All three victims suffered upper body trauma, according to officials.

Neighbors said they did not know the people who lived there but said the home was always quiet.

"You don’t really see many too many people," said neighbor April Carter, of people at the home. "You don’t hear nothing."

The Hillsborough County Sheriff's Office is asking anyone with information on this case to call them at 813-247-8200 or call Crime Stoppers at 1-800-873-TIPS (8477), report anonymously online at www.crimestopperstb.com.