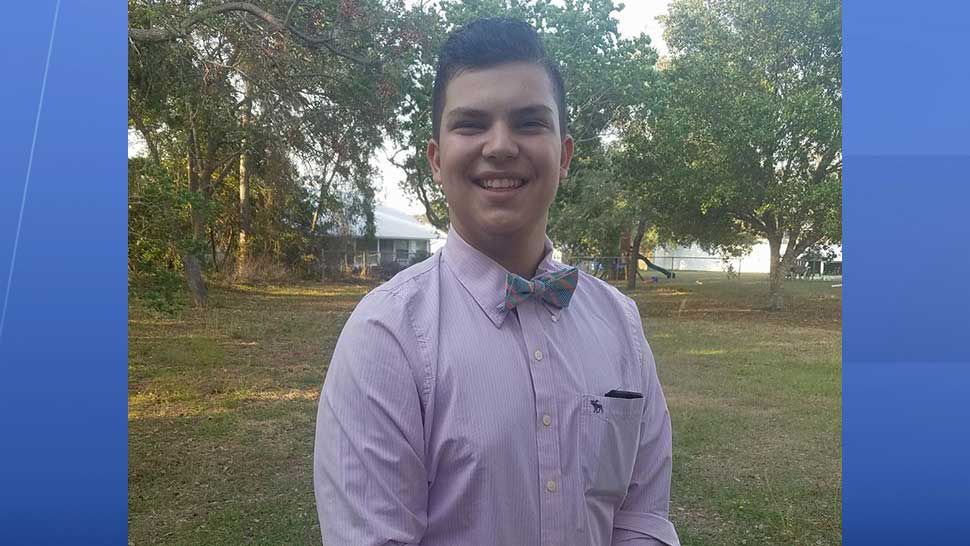 SPRING HILL, Fla. — Springstead High School in Spring Hill mourned the loss of one of their own Wednesday.

A memorial at the intersection of Mariner and Northcliffe Boulevard in Spring Hill, where the crash occurred, shows just how much Parisi was loved.

“Eric was a very loving person," Sierra Hayes said. "He was always happy, always did his best to make other people happy.”

“Everyone flocked to him whenever he walked into the room," Kaitlyn Merendino explained. "He was intelligent and he was smart.”

According to the Florida Highway Patrol, Parisi was riding his motorcycle Tuesday morning when he failed to stop for a red light at this intersection. He then reportedly collided with a driver with a green left turn arrow.

Parisi was a senior at Springstead, where he worked with the administration, running sound and lights in the theater and taking pictures for "Student of the Month."

“When Deputy Harris told me, our SRO you know, I was in, it can’t be, there’s got to be a mistake, it just wasn’t true,” said Springstead High School Principal Carmine Rufa.

Rufa said 50 students saw grief counselors and social workers on campus. He called it a step that will help all of them in this difficult time.

“Being together and supporting the kids and teachers with the adults teachers staff and kids it helped out a lot,” Rufa explained.

“To see that he impacted people so greatly and in a positive way, he’d really appreciate and love that,” Merendino added.

Parisi’s mother said he was planning to go into the military next year to become an airplane mechanic. She also said they are planning on having his funeral service Sunday afternoon.