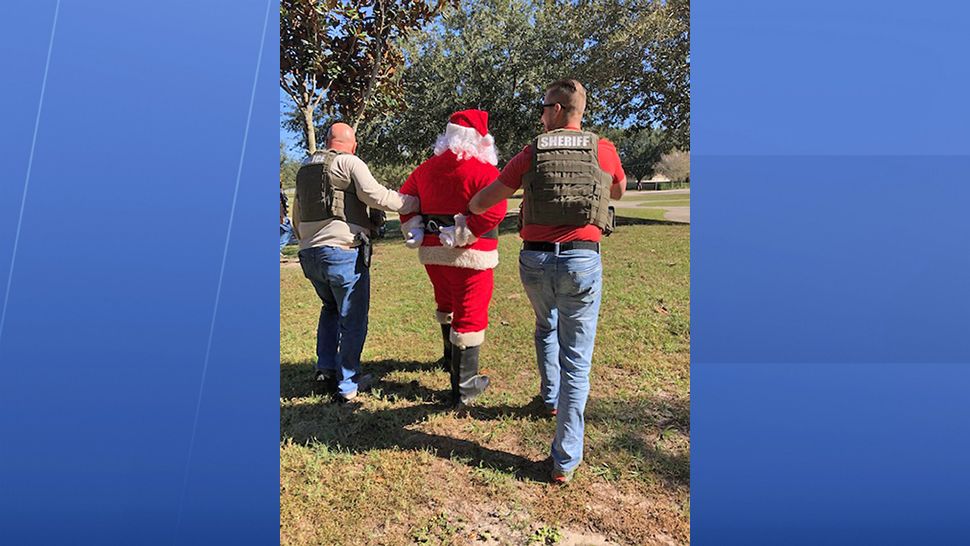 Robert Bruce Kendel was convicted of sexual battery on a child in 1993 and he is required by law to update his sex offender registration with any employment. (Orange County Sheriff's Office)

ORLANDO, Fla. — A Santa Claus for hire is facing charges after deputies say the convicted sex offender failed to notify the state of his new employment status.

Kendel posted a Craigslist ad, according to investigators, willing to be paid to dress up as Santa for Christmas parties. The ad even had a photo of him dressed as Santa with a child on his lap, according to an arrest report.

Undercover agents contacted Kendel to play Santa for an office party at Rose Place Park in the Orlando area on Tuesday.

When Kendel he showed up, he was dressed in a Santa suit, complete with red stocking cap and black boots, deputies say.

Agents gave him $80 before arresting him. He is being charged with failing to report his business nor his email and internet identifiers on his sex offender registration.

Investigators said Kendel told them he did not know he had to update his registration for playing Santa.

He faced a judge Wednesday and was being held on $2,000 bond.

Kendel was not an employee for the company Santa For Hire.