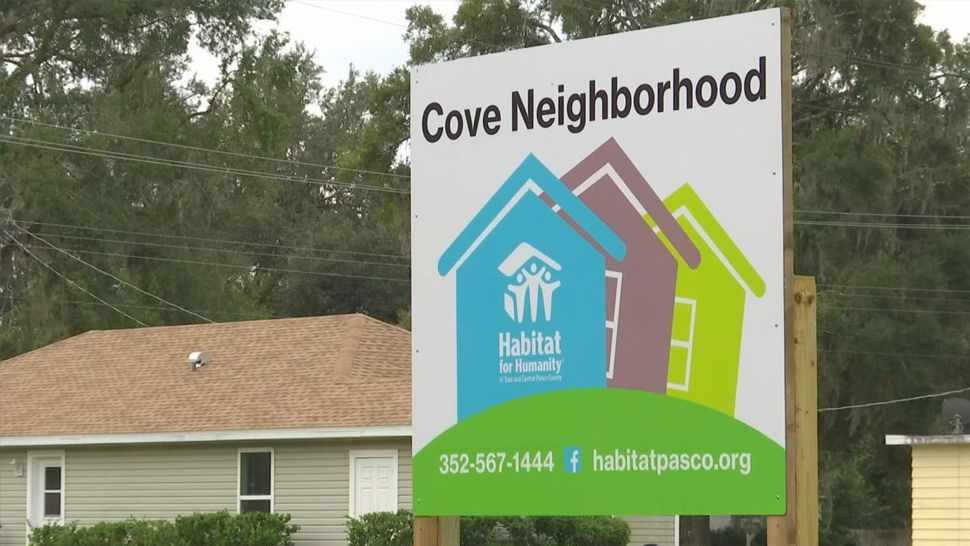 A Bay area neighborhood in disrepair is getting a big upgrade. Habitat for Humanity is building over a dozen new homes in the heart of Dade City. (Spectrum Bay News 9)

DADE CITY, Fla. — A Bay area neighborhood in disrepair is getting a big upgrade.  Habitat for Humanity is building over a dozen new homes in the heart of Dade City.

A walk down 15th Street in Dade City shows a lot of the issues in the neighborhood.  Many homes being rented are not in good shape.

"We think there's about 30 percent of the housing units in Dade City who are in need of repair or replacement," said John Finnerty with Habitat for Humanity.

Finnerty is hoping to help out with that with what's called the "Cove Neighborhood."

Habitat for Humanity will build 14 homes at 15th Street and Main Avenue.  Mortgages could be half of what some families pay for in rent.

As with all Habitat Homes, owners have to work 400 hours to qualify for low mortgage payments.

Habitat also plans to fix up some of the roads in Dade City.  They plan on paving 15th Street thanks to money from the state.

Habitat for Humanity was able to work with state, county, and local leaders to get grants to help make this project possible.

Nationwide surveys show many families living in a stable home that they own can help communities grow in many ways.  They also say children in Habitat Homes bring their school grades up by 1 to 2 letter grades.

Habitat for Humanity has 125 homes now built in East Pasco County and hope to keep growing that number.