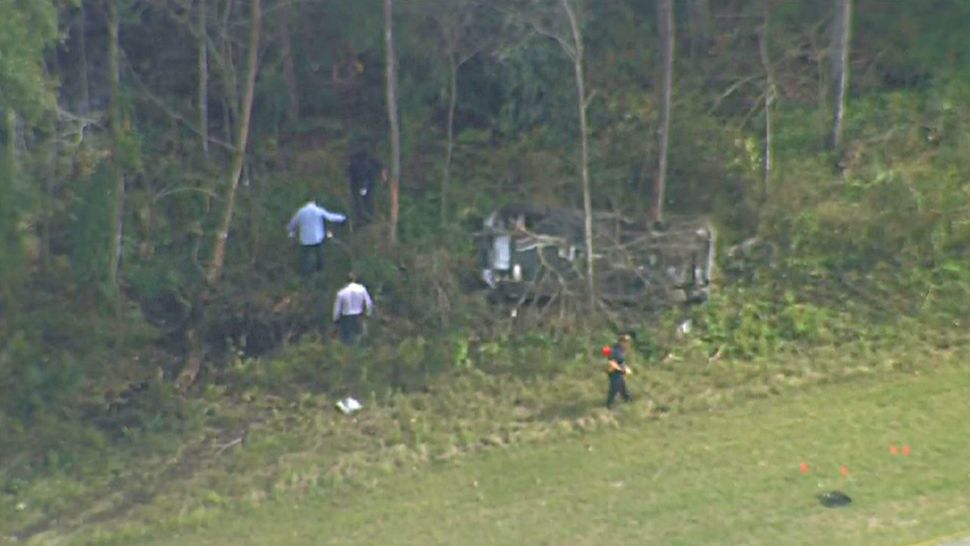 1 of 3
Investigators are going through the crash scene where a law enforcement pursuit ended in the death of a murder suspect, according to officials. (Sky 13) 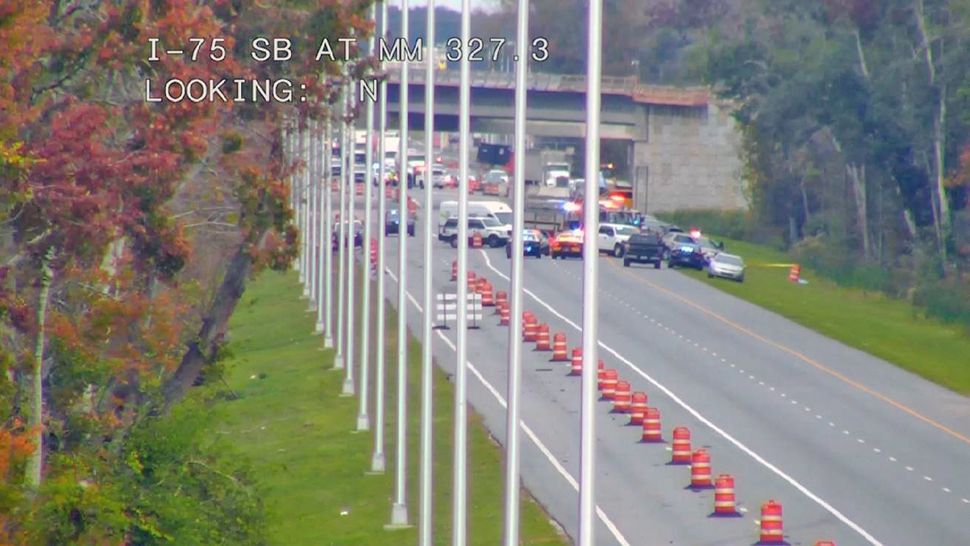 2 of 3
Interstate 75 southbound was shut down after a law enforcement pursuit Thursday morning that resulted in the death of a murder suspect from Citrus County. (Florida Department of Transportation camera image) 3 of 3
Citrus County deputies set up a mobile command center after a shooting at the Quality Inn in Hernando, Fla. (Kim Leoffler)

Murder Suspect Dead After Pursuit; Has Been ID'd

SUMTER COUNTY, Fla. — A fleeing murder suspect was shot and died in the median of Interstate 75 after a law enforcement pursuit that began in Citrus County on Thursday morning, deputies say.

Shortly after 5 p.m. the suspect was identified as Salvatore Tirone, 70, of Broward County.

The Citrus County Sheriff's Office described Tirone as a "jealous ex-husband who drove to Citrus County with the intent on killing his ex-wife's" new partner.

Investigators are going through the crash scene where a law enforcement pursuit ended in the death of a murder suspect in Sumter County, according to officials.

Citrus County deputies responded to calls of a shooting in the parking lot of the Quality Inn, located at 350 E Norvell Bryant Highway, in Hernando.

Upon arrival, deputies located an older male laying on the ground. Deputies pronounced the man dead.  He was identified as Michael Quirello, 64.

Witnesses at the scene told deputies that the suspect fled from the scene in a vehicle, described as a black Mercedes Benz SUV. A good Samaritan and concealed weapons holder shot at him. The vehicle was subsequently spotted by another deputy.

"He started firing shots at the guy that was chasing him," said witness Fritz Jenuleson. "I kind of snuck back toward the garage because I didn't know exactly what was going on."

A traffic stop was attempted on the suspect vehicle on Hwy 44, as it approached the Sumter County line.

The vehicle began to travel south on Interstate 75, where it had eventually lost control and crashed. As law enforcement began to approach the vehicle, the suspect fired upon the officers, where law enforcement returned fire. Tirone was pronounced deceased at the scene.

"There is no further threat to the residents of our community and none of our deputies or innocent bystanders were injured," Prendergast said. "We greatly appreciate all the assistance provided to us by both the Sumter County Sheriff's Office and the Florida Highway Patrol, in stopping this armed, dangerous murder suspect. The courage of the good Samaritan likely saved lives today."

Southbound I-75 was shut down for hours near State Road 44. Two lanes reopened Thursday afternoon.